If you ask prospective parents what they want for their child, most would say "I just want them to be happy and healthy". But as prenatal genetic screening and other genetic technologies become more widely available, is "happy and healthy" enough?

Talk to a parent of a child with Down syndrome and they will be able to tell you a story about screening. They might have been asked, in front of their child who has Down syndrome, whether they’d "had the test". 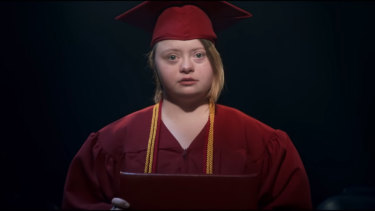 A still from the video “40 Years – No Limitations”, made by the US-based non-profit National Down Syndrome Society.Credit:NDSS

My daughter Greta was diagnosed with mosaic Down syndrome just over a year ago, shortly before her second birthday.

If the diagnosis had been made when she was still inside me, I would have been reliant on information and advice from medical professionals. What would they have told me? From the experiences of other mothers, a likely scenario is that a doctor would have told me they had some "bad news". They might have said "I’m sorry". I would certainly have been given a list of problems that a person with Down syndrome might experience.

I would then have been required to make a decision: to continue with the pregnancy, or to terminate. In Australia, around nine out of 10 women choose termination when Down syndrome is confirmed. Is it any wonder if the picture presented of life with Down syndrome is one-dimensional and bleak?

With each of my pregnancies, I’d opted for the commonly used combined first trimester screening. This screening involves the results of a blood test taken from the mother at 10 weeks' gestation combined with measurements from the 12-13 week ultrasound. Greta’s additional chromosomes remained undetected by this screening, so I enjoyed an uncomplicated pregnancy. 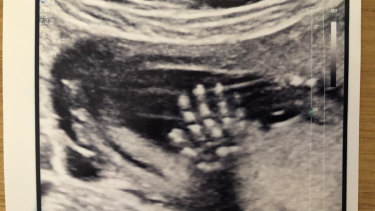 Instead of being set on a treadmill of anxiety, when we first set eyes on Greta at the 12-week ultrasound my partner and I were able to marvel at her beating heart. We walked out with a black-and-white photo of her little hand fully outstretched, waving at us. I had imagined she was telling me: "I’m here and everything is going to be just fine." I had no idea how important this message would be a few years on.

Another screening option has become available to women over the past few years: non-invasive prenatal screening (NIPS). NIPS can provide a more accurate and earlier result, at 10 weeks, about the likelihood of the foetus having Down syndrome. It is still only available privately and costs around $500.

An application from the Royal College of Pathologists of Australasia and Roche Diagnostics Australia Pty Ltd for the inclusion of NIPS on the Medical Benefits Schedule (MBS) is currently sitting with the federal Medical Services Advisory Committee (MSAC) for consideration. MSAC will make a recommendation to the minister for health about whether access to NIPS should be publicly funded and in what circumstances. 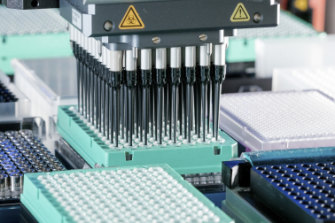 Despite a consultation period where the views of health professionals and organisations such as Down Syndrome Australia have been put forward, there has been little public debate about this possible change. Significantly, there is no commitment that women’s choices about wanted pregnancies will be supported with accurate information about Down syndrome, information beyond the chromosome count.

The marketing material offered by test providers gives scant detail about what a life with Down syndrome might be like, but the message is clear: a positive result for trisomy 21 is undesirable. As Charlotte Fien, a woman with Down syndrome, recently observed when she addressed the United Nations: "They think the world will be better without people like me."

But the future is brighter than ever before for people with Down syndrome. Many are fully included in mainstream education, attend university, hold down jobs, live independently and find love. In 2011, research led by Dr Brian Skotko, medical geneticist and co-director of the Down Syndrome Program at Massachusetts General Hospital, found 99 per cent of participants with Down syndrome were happy with their lives. Advancing technology means that health problems like heart conditions, affecting about half of all babies born with Down syndrome, can be corrected soon after birth.

And Down syndrome is just the beginning. What would it mean if a genetic test were made available for autism? Do we really want to live in a world where difference is eradicated?

The lesson of a Post-it note

A few months ago when I was sorting through a drawer at home I found a Post-it note inside the case holding Greta’s ultrasound DVD. Scrawled in my handwriting were two sets of numbers. It took me a second to realise what I was looking at. These were the first trimester screening results which I had jotted down when the call had come through from the ultrasound practice.

Next to these numbers, I had written three words the receptionist had said when she told me the results. I cringed as I read them: "Fantastic. Low Risk." I passed the yellow note to my normally unflappable partner. He flinched, passed it straight back to me and said: "Throw it out." 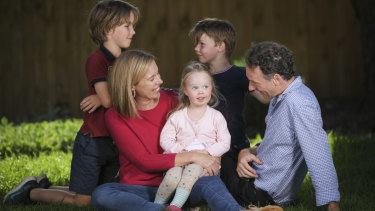 I wanted to keep it. It is a reminder of how far I have come. How much I have learnt. It is also a reminder to go easy on others. I have been immersed in the world of Down syndrome for more than a year. I am familiar with the language – and why some is likely to offend. I’m still not sure of the best response to the commen, "They are always so happy, aren’t they?" But I was on the other side not that long ago. This Post-it note is evidence that things can be different, understanding can grow and change is possible.

Like me, most women navigating prenatal screening have no close connection to a person with Down syndrome. They don’t know what an additional 21st chromosome really means. They just know it is to be screened out. When their results come back "low risk", they breathe a sigh of relief and carry on with their lives.

But what about when they receive a result indicating a higher likelihood of Down syndrome? Are presumptions being made in consulting rooms about whether a life is worth living? Down Syndrome Australia CEO Dr Ellen Skladzien has been advocating for a national education program for GPs as well as access to genetic counselling for parents who receive a high-chance result from prenatal screening. She says: "There is an urgent need to ensure families have access to balanced information about what it is really like to have a child with Down syndrome. It is unethical to conduct screening programs without access to appropriate information and counselling."

I wonder what the wider use of non-invasive prenatal testing and other genetic technologies means for our acceptance of and understanding of difference – those differences that are the subject of screening and those that are not? And can we really call it choice, this hard-won right, if women are left to make decisions about continuing pregnancies based on incomplete and inaccurate information? 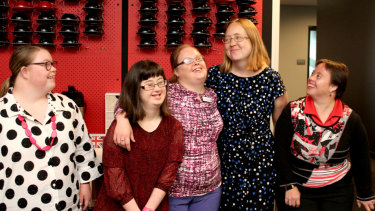 Dr Ellen Skladzien, second from right, of Down Syndrome Australia with members of the Down Syndrome Advisory Network in Sydney. Credit:Leticia Hodson

The business of screening

For-profit genetic testing companies are big business and growing. One such company, Genea, was sold in August 2018 to a Hong Kong consortium for a reported $300 million.

Pathology companies heavily market their screening services to pregnant women. How are they ensuring that the decisions women make based on their screening results are supported by accurate and balanced information? As Dr Elizabeth Oliver, a GP in NSW, wrote in an October 2018 article:

I am not diminishing the unimaginable challenge of raising a child with a disability, or moving one iota from a woman's right to choose. My concern is that the net with which we detect "problems" is thrown wider each year, with a view to generating profit, and seemingly without our notice. No matter where one stands on this issue, can we at least agree that it is serious?

Not long after Oliver’s article was published, New Scientist magazine reported that the company Genomic Prediction had developed a genetic screen to assess the "risk" of low intelligence in IVF embryos. The company is in talks with several IVF clinics in the US with a view to providing this service to customers. The firm’s co-founder, Professor Stephen Hsu, said: "I think people are going to demand that. If we don’t do it, some other company will."

A look at Hsu's Twitter account casts an interesting light on this remark. In his pinned tweet, Hsu as a teenage graduate stands shoulder-to-shoulder with world-famous physicist Richard Feynman, who among many other achievements was a key member of the Manhattan Project to develop the atomic bomb – a classic case of "if we don’t do it, someone else will". 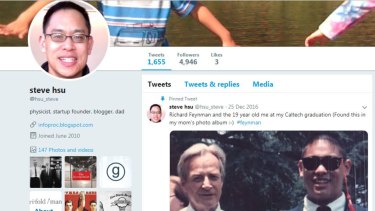 In an interview the month prior to this announcement, Hsu responded to the question of whether society was ready for new genetic technology, saying: "Everyone would be better off because the medical resources will be allocated much more efficiently in the future than they are today."

Efficiency at what cost? Most recently the use of gene-editing in China has sparked controversy about the failure of self-regulation by the scientific community following a scientist’s claim to have altered the DNA of twin girls before birth.

While Down syndrome is the current focus of genetic screening, clearly the implications of wider adoption of genetic technologies are far-reaching. Unintended consequences cannot be ignored, such as non-preferred-gender terminations due to the ability of NIPS to accurately identify gender at 10 weeks' gestation.

If the minister for health decides to include NIPS on the MBS, the federal government will be provided with an opportunity to show they value diversity and respect women’s right to informed choice – whatever that choice may be.

It is late afternoon on Christmas Day. My two older boys are shirtless in our backyard as they take turns sitting on a plastic stool. They are laugh-screaming as their dad tips icy water over their heads. Three-year-old Greta watches from the deck. But not for long. "My turn," she demands as she strips off and takes her place on the stool. Grandparents, aunts, uncles, parents – we’re all watching now. Greta sits still, bracing herself for the shock she knows is coming, but determined to look past it to the delight she trusts will follow. We all cheer as the bucket is emptied over her head.

Happy? Healthy? Surrounded by her family, Greta is more than that: she is triumphant.