The study “Supramolecular cylinders target bulge structures in the 5’ UTR of the RNA genome of SARS-CoV-2 and inhibit viral replication” is available as a preprint on the bioRxiv* server, while the article undergoes peer review. 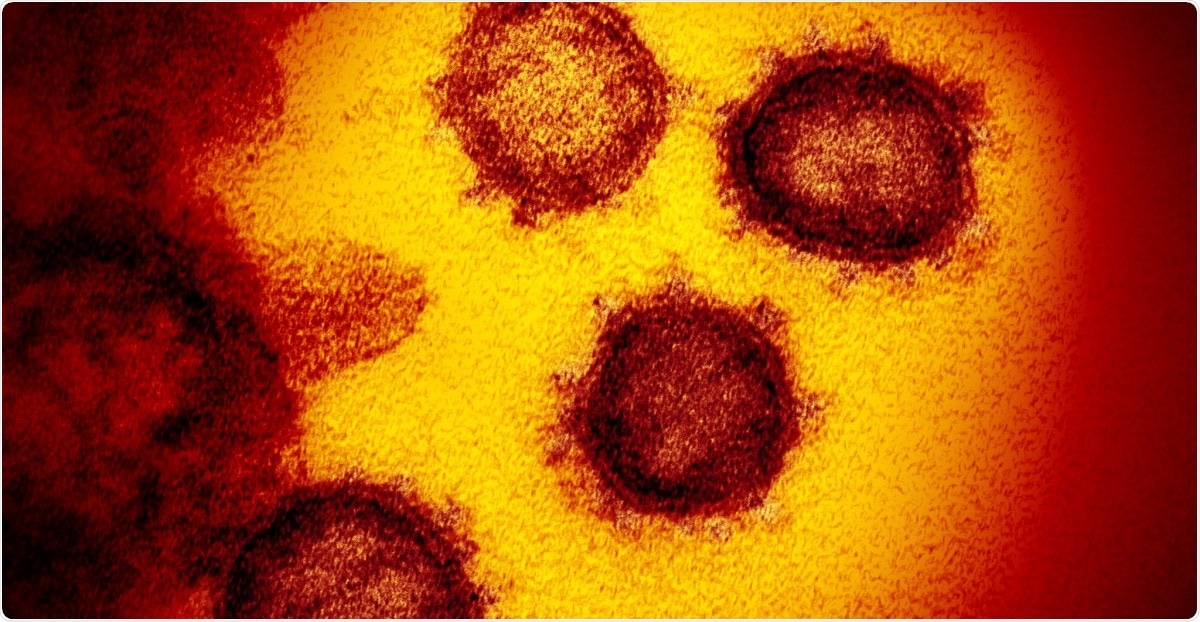 The researchers used in vitro RNA analysis and Molecular Dynamics simulations to create a 3D model of the 5’ untranslated region of the genome of the original SARS-CoV-2 strain found in Wuhan, China.

They compared approximately 10 folding prediction algorithms. A Selective 2’-Hydroxyl Acylation Analyzed by Primer Extension Sequencing (SHAPES) analysis was used to determine the initial folding of the 5’ UTR RNA sequence in vitro the location of open strand RNA sites such as single-stranded, bulges, or hairpins acylated with 1-methyl-7-nitroisatoic anhydride. The sites were then identified using reverse transcription reaction and gel electrophoresis.

The results suggest positions, where the nucleotides are more flexible, are more likely to be substituted, especially if there is no structural need for it in the UTR. Around 60% of single nucleotide polymorphisms involved replacing with a U residue and a C-U mutation, indicating mutations are not critically affecting the 5’ UTR structure.

The team focused on creating a 3D model of the bulges and loops in the SL3 and SL5 areas to observe the RNA structure dynamics. Previous work has pointed evidence to bulges and loops being regions giving flexibility to surrounding areas.

In the absence of the cylinder binding, the SL5 region in RNA showed a flexible bulge at G138-U140, a G138 base pairing with C10 that helped to lengthen the bulge causing the U139-U141 to point outwards of the helical axis and making a bend to the stem. Additionally, the team observed a mismatch at C15, although they note there was no bulge or base flipping outwards. The U21-U25 region was stable through three G-C base pairs. At the 4-way junction, base pairing makes another seven-nucleotide bulge on SL5a. The junction is less open than predicted.

Further up on the SL5a region, base pairs created rigid structures that stopped at U47. When stacked with C46, it made it more stable. The stem closes with steady and robust CG pairing and a short loop on region P. On SL5b, five CG pairs are used for stabilization. The SL5c area is stabilized by two CG pairs with three A residues stacked but pointing point outwards of the stem on region U.

Cylinder binding sites and effects on the SARS-CoV-2 genome

Simulations were conducted with the cylinders binding to the UTR region. They found cylinders quickly targeted the bulges and significantly decreased their flexibility in regions W, L, N, and R.

Once the cylinder is in the SL5 bulge, the simulations show that the helical structure of the surrounding stems is disturbed, opening up the stem nucleotides to attack from 1M7, and this is confirmed experimentally in SHAPE leading to an increase in the signal in these regions (around L and M and towards W, close to the RT primer).”

The cylinders also bound to the cavity at the 4-way junction, although this binding was gone when confirmed with the SHAPE signal. A lack of interaction with stems with regions U and T indicates these sites were vulnerable to cylinder binding.

In the SL3 region, cylinders bound to the stem loop and made the residues less flexible. The result was the prevention of acylation in loop nucleotides. On the other hand, cylinders bound lower on the stem in region H/J increased acylation.

Using Vero cells infected with the original SARS-CoV-2 with an identical 5’ UTR sequence, they used metal cylinders to see how they affected infectivity. Both the ruthenium and nickel cylinders caused cells expressing the spike protein to decrease in a dose-dependent manner — the ruthenium cylinder was more effective in reducing the number of infections to less than 5%. 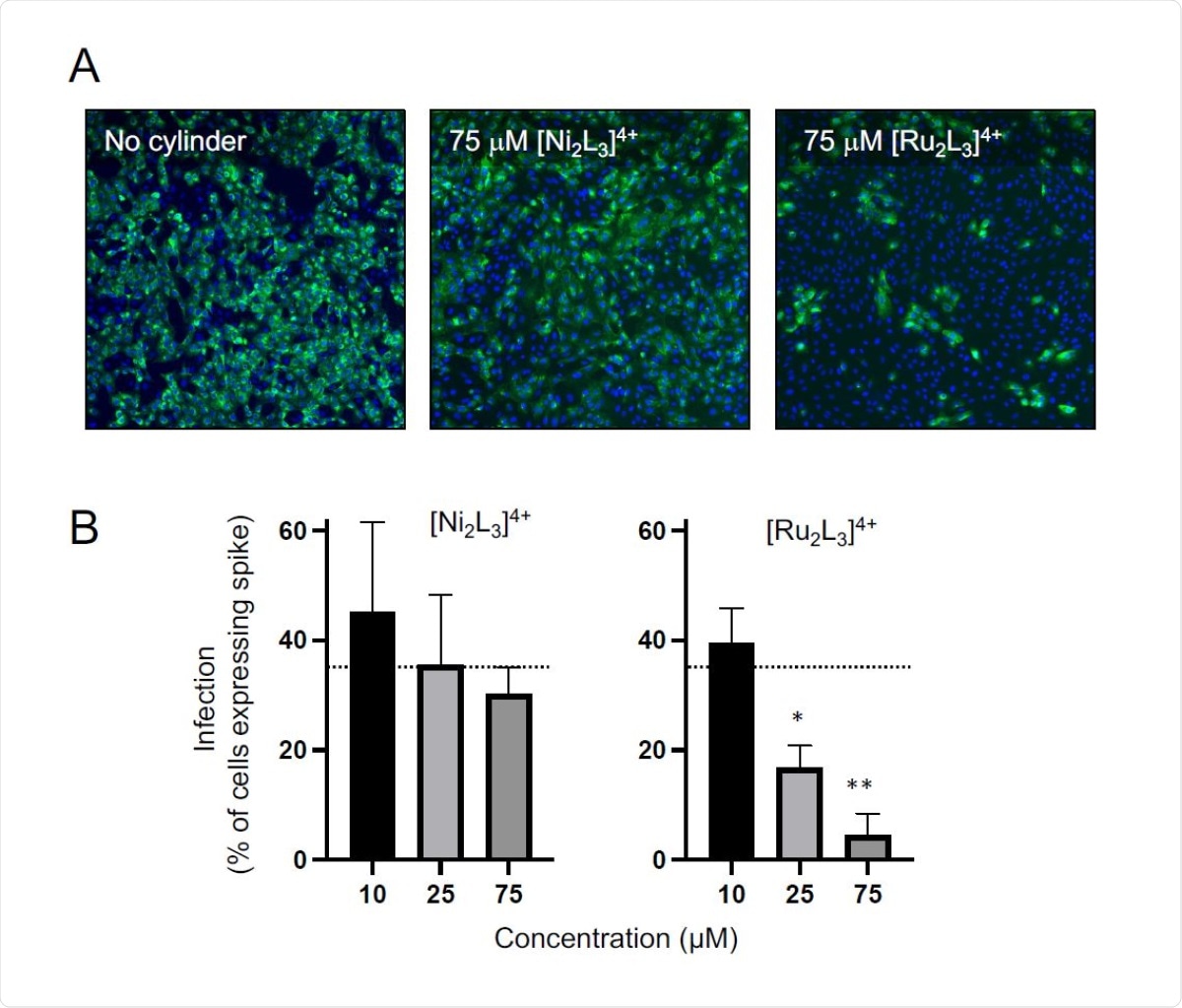