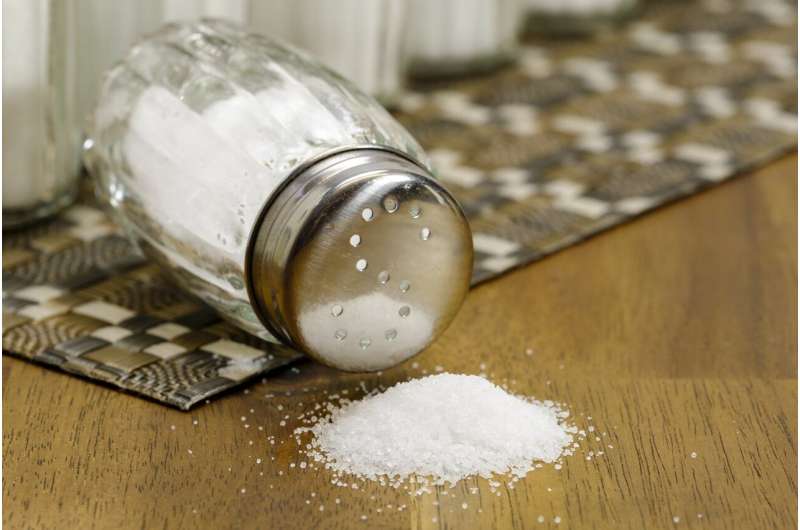 People who are salt-sensitive may have an increased risk of developing high blood pressure, according to a study that points to the need for better genetic testing for sodium sensitivity.

Scientists already knew high salt sensitivity is more common among people with high blood pressure, which is a leading preventable risk factor for cardiovascular disease. But researchers wanted to investigate whether salt sensitivity caused hypertension or happened as result of it.

The new study, published Monday in the American Heart Association journal Hypertension, determined the salt-sensitivity level of 1,604 Chinese adults by putting them on a seven-day low-salt diet, followed by a seven-day high-salt diet. After following the participants for an average of 7.4 years, researchers found that people with high sodium sensitivity were 43% more likely to develop high blood pressure than those with moderate sensitivity.

The findings suggest sodium sensitivity is a cause, not a consequence, of high blood pressure, said study author Dr. Jiang He.

“This really supports the idea that we need to pay more attention to reducing salt intake in the general population,” said He, professor of epidemiology and director of the Translational Science Institute at Tulane University in New Orleans.

In addition to helping prevent high blood pressure, cutting back on salt has an added benefit, according to past studies: It reduces stiff arteries, a condition associated with heart attack and stroke.

The new research was part of the Genetic Epidemiology Network of Salt Sensitivity, or GenSalt study, which included genetic testing. Researchers said it was the largest diet-feeding study to test blood pressure sodium sensitivity and resistance.

However, the genetic aspect of the study was “very challenging,” He said.

“We were not successful in identifying either genetic variants or other biomarkers for salt sensitivity. We clearly need more research in this area to identify simple ways to identify people who are salt-sensitive.”

The findings were also limited by the study being conducted solely in Chinese adults. A much larger study is needed in the U.S. that includes a diverse group of people who may be more sensitive to salt, He said.

“It’s an important study that took the difficult, unusual step of tracking blood pressure for years, which gives more credence to their findings. It’s a good first step,” said Dr. Gordon Harold Williams, who was not involved in the research.

The second step—developing genetic tests to find out which salt-sensitive people have increased risk for high blood pressure—will be more difficult, said Williams, who heads the Hormonal Mechanisms of Cardiovascular Injury Laboratory at Harvard’s Brigham and Women’s Hospital in Boston.

“It would be fairly easy to do this study if you did it with your eye color. But there are so many different mechanisms that can lead to salt sensitivity of blood pressure, so many environmental factors that can influence what a particular gene variance does in a given individual,” said Williams, also a professor at Harvard Medical School.

But Williams holds out hope that with enough research, scientists soon will be able to test people for higher salt-sensitivity risks just as they routinely test for genetic variations to guide cancer diagnosis and treatment.