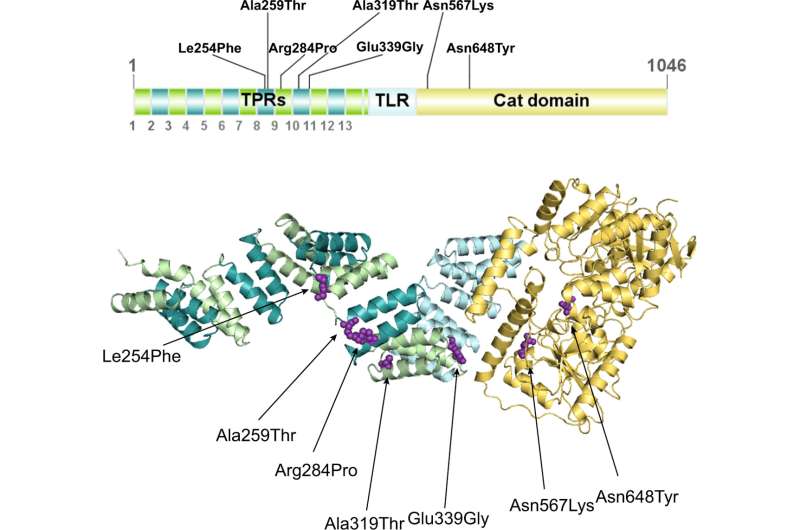 University of Dundee researchers have discovered a new neurodevelopmental disease caused by genetic mutations and helped explain why patients with these mutations suffer this condition.

Around 1% of the global population are affected by intellectual disability, a condition characterized by significant limitations in both intellectual function and in adaptive behavior.

It was known that a molecule called GlcNAc was found on proteins related to intellectual disability, but its exact role in this disease remained unclear.

The Dundee team established that mutations in a gene called OGT can alter the mechanism of the GlcNAc molecule and that this, in turn, leads to neurodevelopmental defects. Furthermore, they identified intellectual disability patients with OGT mutations and were able to define clinical and biochemical characterisation of these mutations.

Based on these findings, they brought together scientists and clinicians from around the world to identify common features in all patients known to have mutations in OGT. Using in vitro studies and clinical data, they identified a new class of intellectual disability known as OGT-linked Congenital Disorder of Glycosylation (OGT-CDG).

The work was carried out in the lab of Daan van Aalten, Professor of Biological Chemistry in the University’s School of Life Sciences. 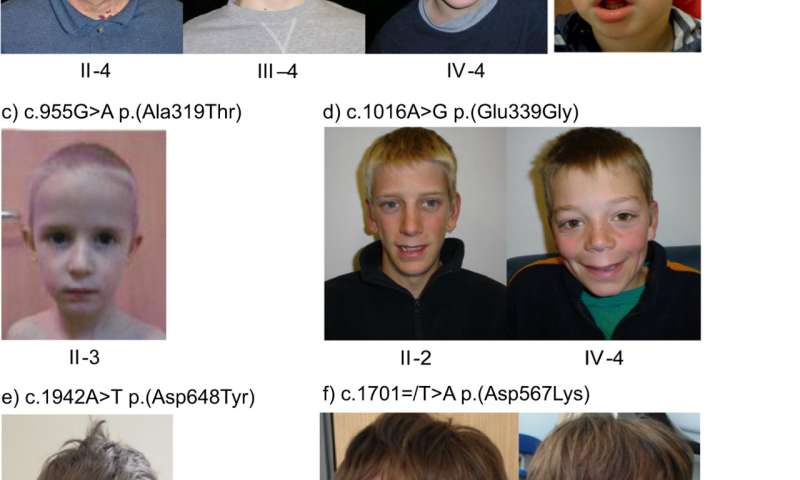 Professor van Aalten said, “Once you find mutations in a gene it is extremely important to identify if there are common features as this could lead to a simpler way of diagnosing, and hopefully treating, the patients.

“Thanks to our work, clinicians will now be able to determine whether their patients belongs to this subset of CDG, which is often difficult to identify. Identifying potential reasons why these mutations lead to OGT-CDG could help generate a quicker way to diagnose these patients and will provide a basis for us to identify potential treatments.

“This is the first publication to classify mutations in OGT as a syndrome from the family of Congenital Disorders of Glycosylation and named it OGT-CDG. CDG are a well-known group of diseases that are caused by mutations in enzymes that attach sugar groups onto proteins.

“To do this, we collaborated with other scientists and clinicians worldwide to summarize what we know about the clinical manifestations of inborn OGT mutations and the potential mechanisms that may link altered OGT to these manifestations. We established five hypotheses that could explain the link between OGT and ID and allow us to explore potential treatment strategies.

“We hope that this research will be a useful resource for clinical geneticists encountering patients with OGT mutations and for scientists working in the field of intellectual disability.”

The 23 patients to have been diagnosed with OGT-CDG to date have 16 different inborn mutations in OGT. All these patients have an IQ below 70 and experience significant adaptive and behavioral problems.