The BBC Radio 1 DJ has struggled with his weight for most of his life.

But after seeing a photo of himself lounging on the beach over Christmas, Scott decided to start his weight loss journey.

Now the DJ has lost an incredible 3st in only 25 weeks – so how did he do it?

“I’ve always been quite big”

He said: “I’ve always been quite big. I was a fairly chubby teenager then into my early twenties.

“Then I started running and lost quite a lot of weight. Then it just gradually piled on.”

When Scott returned to the UK after a trip to Australia for the festive season, he was “kind of horrified” by the beach photos.

Scott added: “Because I was doing regular exercise and gymming maybe two or three times a week, I thought that would be enough.

“But then I saw these pictures, I thought ‘that’s not enough’. I needed something much more drastic and intense and I like to set myself challenges and take myself out of my comfort zone, and that’s definitely what I did.” 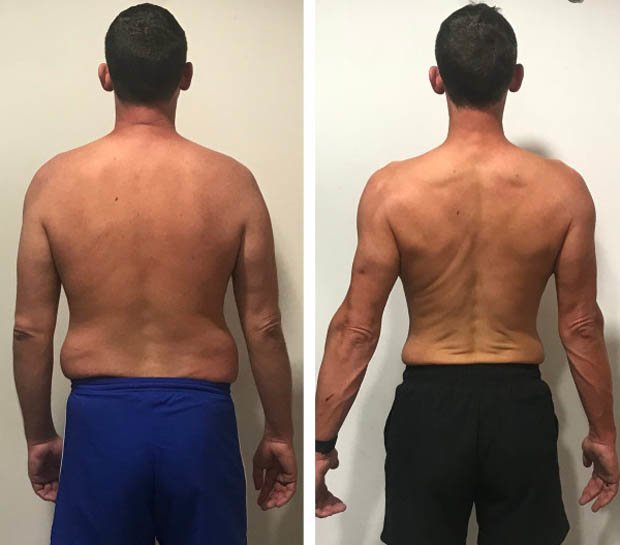 Scott also claims that his increased body confidence has helped him to perform better at work.

And his training has helped him to build a stronger, more focused and determined mindset.

He revealed: “I think a lot of people will look at transformation gym websites and be scared, and initially I was that person.

“Coming here, sometimes you feel a bit weak or you can’t be bothered when maybe you’ve been doing an early morning shift, but I walk out here fired up and ready to go.”

Ultimate Performance has gyms around the UK but you can start your own “LiveUp” beach body transformation online from as little as £50 a month.