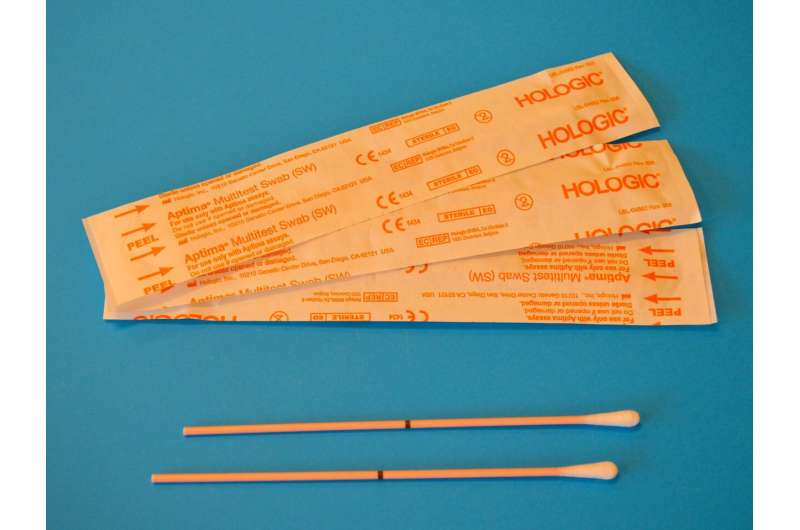 Cervical cancer is caused by the HPV (human papillomavirus). HPV can be picked up by a test (which, crucially, can also be a self-test) using a cotton swab. It is less invasive than the current test used in the National Cervical Screening Program.

Since the introduction of the National Cervical Screening Program, the death rate from cervical cancer in Aotearoa New Zealand has dropped by more than 70%. Nonetheless, inequities in screening exist, with the majority of cervical cancer cases in Aotearoa occurring in women who have never been screened or are under-screened. Māori, Pacific and Asian women are the most under-served in the country, with the highest proportions of never and under-screened women.

Funded by the Health Research Council, the research was designed to reflect how self-testing would likely be implemented and whether it would improve coverage for women who experience the most barriers to health care.

The study randomized 3,553 women aged 30-69 into three groups—at home with a mailed-out HPV self-test kit, at a clinic with a self-test kit, or the current model of an in-clinic cervical screening performed by a health professional. The at-home mail-out group had the highest rate of participation.

Professor John Potter, from Massey University’s Research Center for Hauora and Health, was the lead investigator for the study.

“This is the first New Zealand study to evaluate—in a randomized community trial—the effectiveness of mail-out HPV self-testing kits. Paired with clear international evidence, there is now a lot of support throughout Aotearoa to introduce this method of cervical screening on a national scale. This is especially important in light of the national health reforms announced this week,” Professor Potter says.

“Wāhine Māori are dying of cervical cancer at a rate two to three times higher than other women. This study shows us that the HPV self-test could be used to dramatically improve access to cervical screening for wāhine Māori. Now is the time for change,” Dr. Scott says.

“The long-standing nature of our under-screening problem shows novel strategies are needed. As New Zealand transitions to primary HPV-based screening, there is an opportunity to introduce self-testing to directly address these inequities.”

“We know that HPV self-tests are empowering and less invasive for women but we also wanted to ensure that women who had a positive HPV test result felt comfortable and able to attend their follow-up appointments to get the full benefit of screening.

“We measured the support it took to achieve a 90% follow-up rate because resources for equitable access to diagnosis and treatment will be an important requirement of an HPV primary screening program too.”