COVID-19 affects people differently, in terms of infection with the virus SARS-CoV-2 and mortality rates. In this Special Feature, we focus on some of the sex differences that characterize this pandemic. 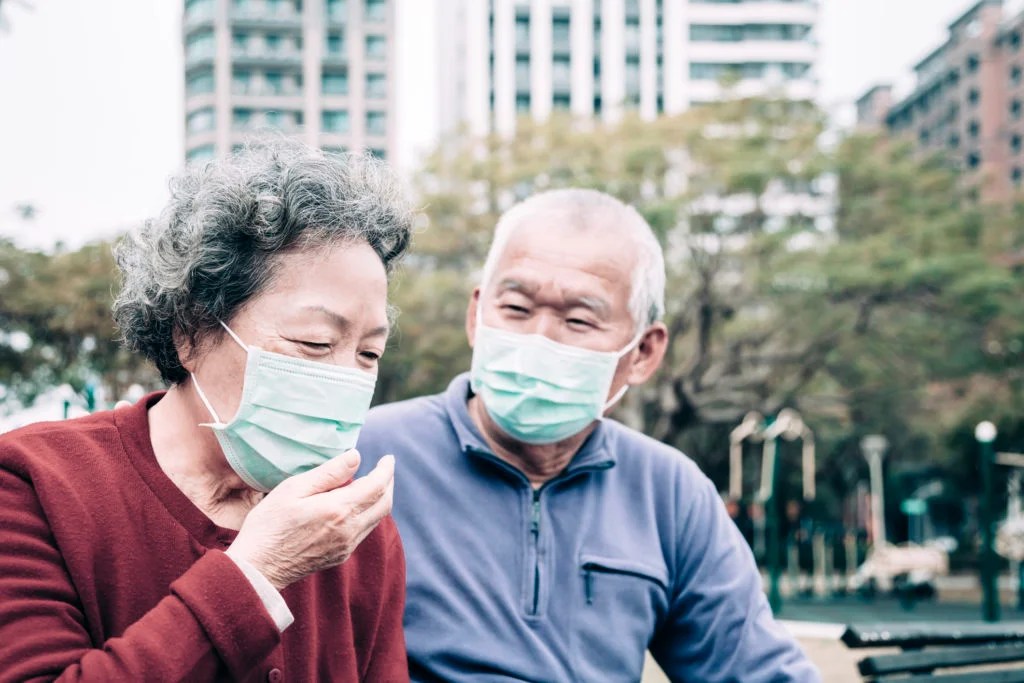 There are many ways in which the pandemic itself affects people’s day-to-day lives, and gender — understood as the ensemble of social expectations, norms, and roles we associate with being a man, woman, trans- or nonbinary person — plays a massive part.

On a societal level, COVID-19 has affected cis- and transwomen, for example, differently to how it has cismen, transmen, and nonbinary people. Reproductive rights, decision making around the pandemic, and domestic violence are just some key areas where the pandemic has negatively impacted women.

However, sex differences — understood as the biological characteristics we associate with the sex that one is assigned at birth — also play an undeniable role in an epidemic or pandemic.

Stay informed with live updates on the current COVID-19 outbreak and visit our coronavirus hub for more advice on prevention and treatment.

While sex and gender are, arguably, inextricably linked in healthcare, as in every other area of our lives, in this Special Feature, we will focus primarily on the infection rates of SARS-CoV-2 and the mortality rates that COVID-19 causes, broken down by sex.

In specialized literature, these effects fall under the umbrella term of ‘primary effects’ of the pandemic, while the ‘secondary impact’ of the pandemic has deeper social and political implications.

Throughout this feature, we use the binary terms ‘man’ and ‘woman’ to accurately reflect the studies and the data they use.

Before delving deeper into the subject of sex differences in COVID-19, it is worth noting that the picture is bound to be incomplete, as not all countries have released their sex-disaggregated data.

A report appearing on the blog of the journal BMJ Global Health on March 24, 2020, reviewed data from 20 countries that had the highest number of confirmed cases of COVID-19 at the time.

Of these 20 countries, “Belgium, Malaysia, Netherlands, Portugal, Spain, United Kingdom, and the United States of America” did not provide data that was ‘disaggregated,’ or broken down, by sex.

At the time, the authors of the BMJ report appealed to these countries and others to provide sex specific data.

Anna Purdie, from the University College London, United Kingdom, and her colleagues, noted: “We applaud the decision by the Italian government to publish data that are fully sex- and age-disaggregated. Other countries […] are still not publishing national data in this way. We understand but regret this oversight.”

“At a minimum, we urgently call on countries to publicly report the numbers of diagnosed infections and deaths by sex. Ideally, countries would also disaggregate their data on testing by sex.”

Since then, countries that include Belgium, the Netherlands, Portugal, and Spain have made their data available.

At the time of writing this article, the U.S. still have not released their sex-disaggregated data despite the country having the highest number of COVID-19 cases in the world.

Men more than twice as likely to die

Global Health 5050, an organization that promotes gender equality in healthcare, has rounded up the total and partial data that is available from the countries with the highest numbers of confirmed COVID-19 cases.

According to their data gathering, the highest ratio of male to female deaths, as a result of COVID-19, is in Denmark and Greece: 2.1 to 1.

In these countries, men are more than twice as likely to die from COVID-19 as women. In Denmark, 5.7% of the total number of cases confirmed among men have resulted in death, whereas 2.7% of women with confirmed COVID-19 have died.

In the Republic of Ireland, the male to female mortality ratio is 2 to 1, while Italy and Switzerland have a 1.9 to 1 ratio each.

The greatest parity between the genders from countries that have submitted a full set of data are Iran, with 1.1 to 1, and Norway, with 1.2 to 1.

Infection rates in women and men

A side-by-side comparison of infection rates between the sexes does not explain the higher death rates in men, nor is there enough data available to draw a conclusion about infection rates broken down by sexes.

However, it is worth noting that in Denmark, where men are more than twice as likely to die of COVID-19 as women, the proportion of women who contracted the virus was 54%, while that of men was 46%.

By contrast, in Iran, where the ratio of deaths between men and women is less different (1.1 to 1), just 43% of cases are female compared with 57% cases in men.

Until we know the proportion of people from each sex that healthcare professionals are testing, it will be difficult to fully interpret these figures.

Other countries where more women have developed COVID-19 include:

Greece, Italy, Peru, China, and Australia all have a higher number of confirmed cases among men than women.

Why are men more likely to die?

Part of the explanation for why the new coronavirus seems to cause more severe illness in men is down to biological sex differences.

Women’s innate immune response plays a role. Experts agree that there are sex differences, such as sex chromosomes and sex hormones, that influence how a person’s immunity responds to a pathogen.

As a result, “women are in general able to mount a more vigorous immune response to infections [and] vaccinations.” With previous coronaviruses, specifically, some studies in mice have suggested that the hormone estrogen may have a protective role.

For instance, in the study above, the authors note that in male mice there was an “exuberant but ineffective cytokine response.” Cytokines are responsible for tissue damage within the lungs and leakage from pulmonary blood vessels.

Estrogens suppress the escalation phase of the immune response that leads to increased cytokine release. The authors showed that female mice treated with an estrogen receptor antagonist died at close to the same rate as the male mice.

As some researchers have noted, lifestyle factors, such as smoking and alcohol consumption, which tend to occur more among men, may also explain the overall higher mortality rates among men.

Science has long linked such behaviors with conditions that we now know are likely to negatively influence the outcome of patients with COVID-19 — cardiovascular disease, hypertension, and chronic lung conditions.

On the other hand, the fact that societies have traditionally placed women in the role of caregivers — a role which they continue to fulfill predominantly — and the fact that the vast majority of healthcare workers are women could place them at a higher risk of contracting the virus and might explain the higher infection rates in some countries.

An analysis of 104 countries by the World Health Organization (WHO) found that “Women represent around 70% of the health workforce.” In China, women make up more than 90% of healthcare workers in Hubei province.

These data emphasize “the gendered nature of the health workforce and the risk that predominantly female health workers incur,” write the authors of a report on the ‘gendered impacts’ of the pandemic that appears in The Lancet.

Although we cannot yet draw definitive conclusions because sex-disaggregated data is not yet available from all the countries affected, The Lancet report looks at previous epidemics for clues.

“During the 2014–16 west African outbreak of Ebola virus disease,” the authors write, “gendered norms meant that women were more likely to be infected by the virus, given their predominant roles as caregivers within families and as frontline healthcare workers.”

The authors also call out for governments and health institutions to offer and analyze data on sex and gender differences in the pandemic.

Why sex-disaggregated data are urgent

The report in The Lancet reads, “Recognising the extent to which disease outbreaks affect women and men differently is a fundamental step to understanding the primary and secondary effects of a health emergency on different individuals and communities, and for creating effective, equitable policies and interventions.”

For instance, identifying the key difference that makes women more resilient to the infection could help create drugs that also strengthen men’s immune response to the virus.

Devising policies and intervention strategies that consider the needs of women who work as frontline healthcare workers could help prevent the higher infection rates that we see among women.

Finally, men and women tend to react differently to potential vaccines and treatments, so having access to sex-disaggregated data is crucial for conducting safe clinical trials.

As Anna Purdie — who also works for Global Health 5050 — and her colleagues summarize in their article, “Sex-disaggregated data are essential for understanding the distributions of risk, infection, and disease in the population, and the extent to which sex and gender affect clinical outcomes.”

“Understanding sex and gender in relation to global health should not be seen as an optional add-on but as a core component of ensuring effective and equitable national and global health systems that work for everyone. National governments and global health organizations must urgently face up to this reality.”

For live updates on the latest developments regarding the novel coronavirus and COVID-19, click here.