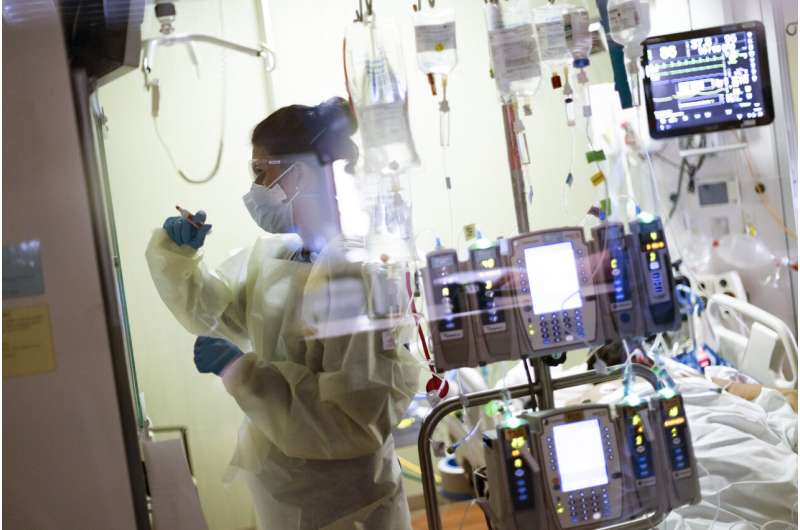 COVID-19 deaths in the U.S. have climbed to an average of more than 1,900 a day for the first time since early March, with experts saying the virus is preying largely on a distinct group: 71 million unvaccinated Americans.

The increasingly lethal turn has filled hospitals, complicated the start of the school year, delayed the return to offices and demoralized health care workers.

“It is devastating,” said Dr. Dena Hubbard, a pediatrician in the Kansas City, Missouri, area who has cared for babies delivered prematurely by cesarean section in a last-ditch effort to save their mothers, some of whom died. For health workers, the deaths, combined with misinformation and disbelief about the virus, have been “heart-wrenching, soul-crushing.”

Twenty-two people died in one week alone at CoxHealth hospitals in the Springfield-Branson area, a level almost as high as that of all of Chicago. West Virginia has had more deaths in the first three weeks of September—340—than in the previous three months combined. Georgia is averaging 125 dead per day, more than California or other more populous states.

“I’ve got to tell you, a guy has got to wonder if we are ever going to see the end of it or not,” said Collin Follis, who is the coroner in Missouri’s Madison County and works at a funeral home. 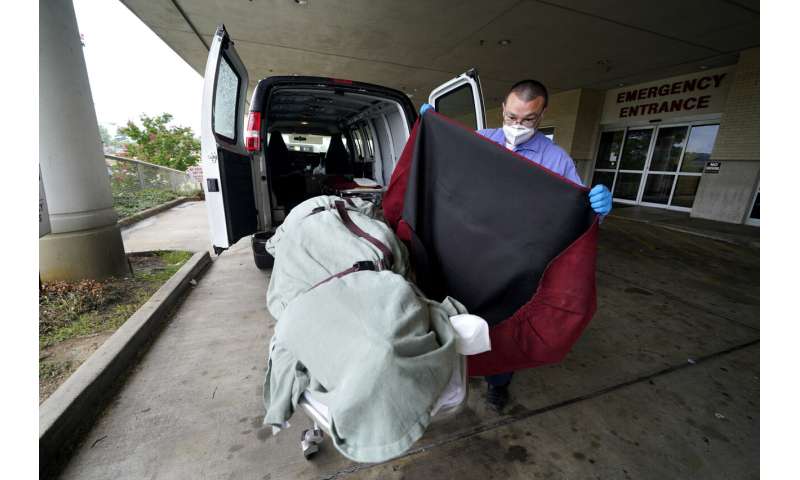 The nation was stunned back in December when it was witnessing 3,000 deaths a day. But that was when almost no one was vaccinated.

Now, nearly 64% of the U.S. population has received at least one dose of the COVID-19 vaccine. And yet, average deaths per day have climbed 40% over the past two weeks, from 1,387 to 1,947, according to data from Johns Hopkins University.

Health experts say the vast majority of the hospitalized and dead have been unvaccinated. While some vaccinated people have suffered breakthrough infections, those tend to be mild.

The number of vaccine-eligible Americans who have yet to get a shot has been put at more than 70 million.

“There is a very real risk you’ll end up in the hospital or even in the obituary pages,” Dr. Bruce Vanderhoff, chief medical officer for the Ohio Department of Health, said to the unvaccinated. “Don’t become a statistic when there is a simple, safe and effective alternative to go out today and get vaccinated.” 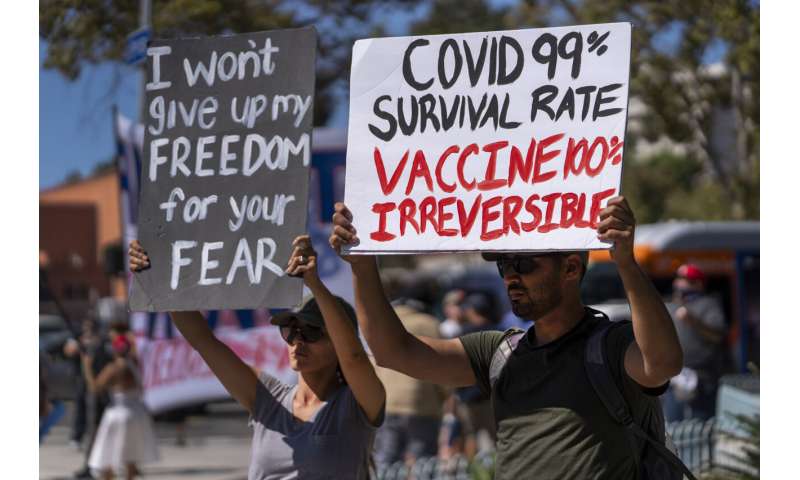 Many low-vaccination communities also have high rates of conditions like obesity and diabetes, said Dr. William Moss of Johns Hopkins. And that combination—along with the more contagious delta variant—has proved lethal.

“I think this is a real failure of society and our most egregious sin to be at this stage where we have hospitals overwhelmed, ICUs overwhelmed and hitting this mark in terms of deaths per day,” Moss lamented.

New cases of the coronavirus per day in the U.S. have dropped since the start of September and are now running at about 139,000. But deaths typically take longer to fall because victims often linger for weeks before succumbing.

In Kansas, 65-year-old cattleman Mike Limon thought he had beaten COVID-19 and went back to work for a few days. But the virus had “fried” his lungs and he died last week, said his grandson, Cadin Limon, 22, of Wichita. 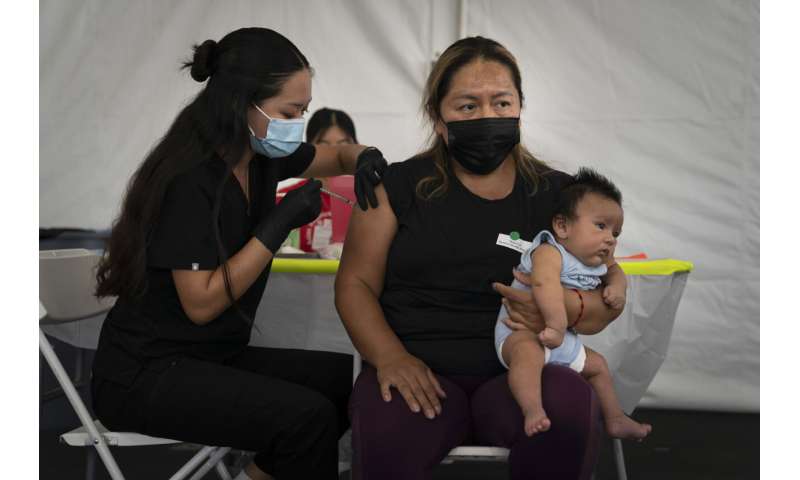 He said his grandfather didn’t get vaccinated for fear of a bad reaction, and he hasn’t gotten the shot either for the same reason, though serious side effects have proved extremely rare.

He described his grandfather as a “man of faith.”

“Sixty-five is still pretty young,” the young man said. “I know that. It seems sudden and unexpected, but COVID didn’t surprise God. His death wasn’t a surprise to God. The God I serve is bigger than that.” 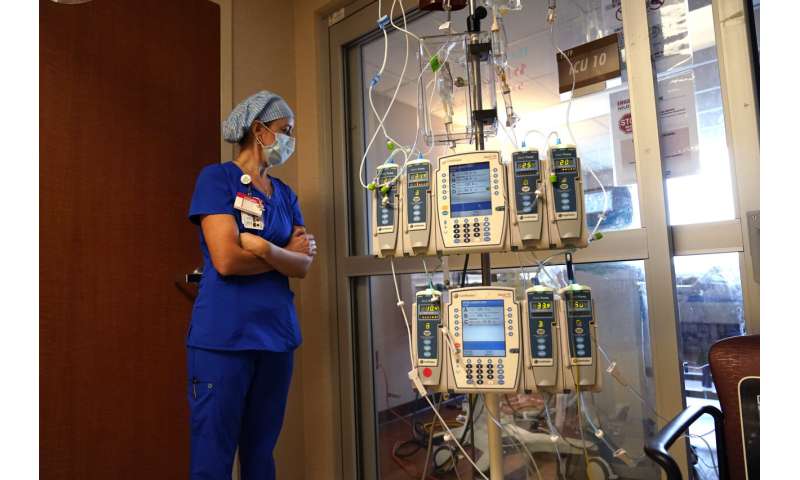 Cases are falling in West Virginia from pandemic highs, but deaths and hospitalizations are expected to continue increasing for as many as six more weeks, said retired National Guard Maj. Gen. James Hoyer, who leads the state’s coronavirus task force.

Dr. Greg Martin, who is president of the Society of Critical Care Medicine and practices mostly at Grady Hospital in Atlanta, said the staff is buckling under the strain. 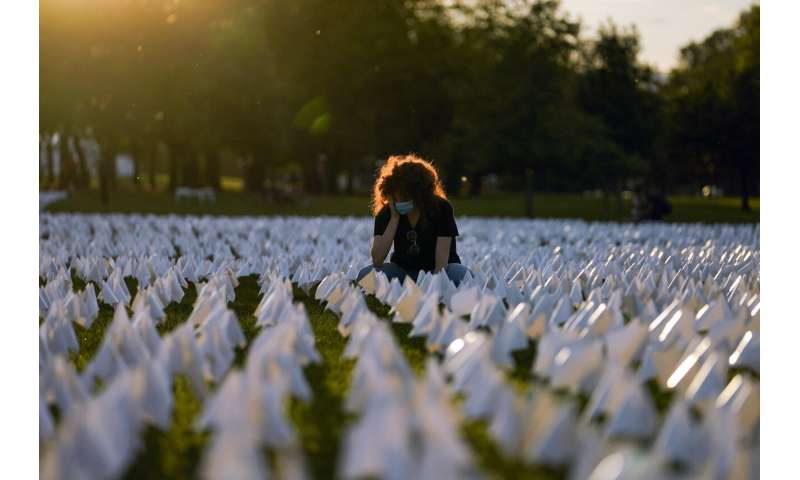 “I think everyone in 2020 thought we would get through this. No one really thought that we would still be seeing this the same way in 2021,” he said.

In Oklahoma, Hillcrest South Hospital in Tulsa is among several medical centers around the country to add temporary morgues. Deaths are at an all-time high there, at three to four times the number it would see in a non-COVID-19 world, said Bennett Geister, hospital CEO.

He said the staff there, too, is worn out.