Stomach bloating has affected most people at some point in their lifetime, according to the NHS. It can make the stomach feel stretched, puffy, and just generally uncomfortable and painful. The condition can be caused by eating certain foods that cause trapped wind, or by eating too much in one go. But you could lower your risk of developing bloating pain by avoiding certain foods, it’s been revealed.

Bloating can often cause pain, discomfort and a ‘stuffed’ feeling

Eating some foods could lead to trapped wind, as they produce large amounts of gas, said nutritionist Kris Gunnars.

Legumes and some whole grains are the worst culprits, and it’s worth identifying which foods make you feel gassy, he said.

“Bloating can often cause pain, discomfort and a ‘stuffed’ feeling,” said Gunnars, writing on medical website Healthline. “It can also make your stomach look bigger.

“However, in some people, bloating is caused mostly by increased sensitivity.

“It just feels as if there is increased pressure in the abdomen, even though there isn’t.

“Some high-fibre foods can make people produce large amounts of gas. Major players include legumes like beans and lentils, as well as some whole grains. 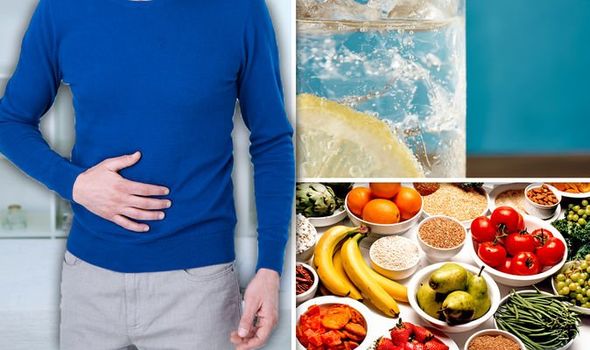 “Try keeping a food diary to figure out if certain foods tend to make you more gassy or bloated than others.

“Fatty foods can also slow down digestion and the emptying of the stomach. This can have benefits for satiety [and possibly help with weight loss], but can be a problem for people with a tendency to bloat.”

You could also lower your risk of stomach bloating by making sure you don’t swallow air, he added.

You can swallow air in a number of ways, but the major culprit is by drinking fizzy drinks.

They contain carbon dioxide, which is released from the liquid and into your stomach, which can make you feel gassy. 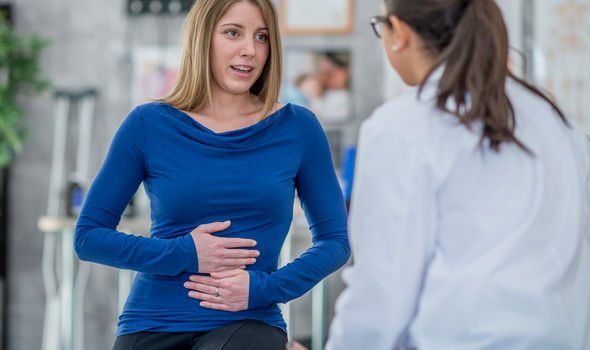 Meanwhile, it’s crucial to make sure you’re not constipated, as it can exacerbate symptoms of bloating.

Eating more soluble fibres or drinking more water are both effective against constipation, said the nutritionist.

The best way to lower your risk of stomach bloating is to make some changes to your diet.

Speak to a doctor if your bloating symptoms don’t go away, said the NHS. It could be caused by something more serious, including ovarian or bowel cancer.