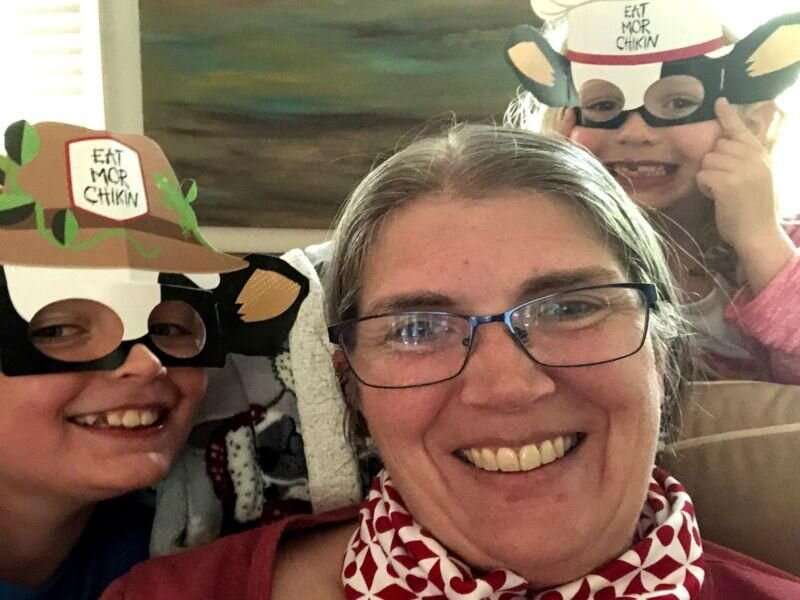 (HealthDay)—For Morgan Compton, 7, who has attended school remotely for nearly a year, the stress of the pandemic manifests itself in meltdowns.

On one particular day, Morgan “threw a fit and decided to go upstairs,” said her mother, Tracy Compton. Hearing the sound of his daughter’s tears, Compton’s husband, John, who also works from home, got involved.

Meltdowns are familiar to any parent of young children, but when they occur during a school day—with other young siblings trying to learn through a screen and two parents working remotely—chaos ensues.

“Now we’re all yelling, she’s crying more, and I’m trying to encourage her to go back into class because now she’s missing learning,” Tracy Compton said. After 45 minutes of cajoling their tearful child—plus putting in a call to the school’s counselor—they were able to calm her down and get her back to class.

Almost all of the more than 180,000 students in the Fairfax County, Va., school system that Morgan and the Compton’s 9-year-old daughter Lucy attend have been in remote classes since March. Morgan recently joined a pilot program that allows some students to experience in-person instruction for three hours a week. Compton said the program is for “kids who are kind of struggling in remote learning,” which begs the question, how could a 7-year-old not be struggling to stay focused through a computer screen?

Compton, who elaborated on her experiences during a HealthDay Now interview, knows that her daughter’s experience is only a drop in the ocean compared to the upheaval the pandemic has wrought for kids around the United States.

Nearly a year into the COVID-19 pandemic, studies examining the pandemic’s impact on kid’s mental health and well-being are scarce, but troubling.

Sobbing in the middle of class

Based on one recent report from the U.S. Centers for Disease Control and Prevention, children across the United States visited emergency departments for mental health-related issues at higher rates during 2020 compared to the previous year. And another study, published recently in the journal Pediatrics, found that suicide attempts and thoughts of suicide among children and teens were higher during some months of 2020 than they were in 2019.

However, parents and educators don’t need data to tell them what they already know. Millions of kids across the United States are not able to attend physical school, and their parents, teachers and experts in child psychology will tell you that it is affecting more than just their education.

Kids express their stress and anxiety in varied, and sometimes surprising, ways. As they move through developmental stages, these reactions are likely to change, said Shawna Lee, an associate professor at the Michigan School of Social Work, in Ann Arbor, who focuses on parent-child relationships, child abuse and neglect.

While children’s behaviors are highly variable and difficult to predict, toddlers and younger children are more likely to show their stress through temper tantrums, crying and acting out, while older elementary school children may become withdrawn, lethargic or uninterested, Lee said.

Compton recalled the story of a third-grade girl in Monmouth County, N.J., who reportedly began to sob in the middle of a virtual class in December before confessing that she was starving. “If you don’t think that’s happening everywhere,” she sighed, before adding, “I’ve got it good. That’s all I’m saying.”

Alison Mack, 28, a second-grade teacher in the Northeast area of the Philadelphia School District, sees many tears in her virtual classroom these days. Mack left her classroom in March of 2020 and hasn’t been back since.

Many of Mack’s students do not speak English as a first language, and their families may not speak English at all. Mack used to communicate with parents primarily by giving her students written notes to bring home. When lockdown began, Mack had no structure in place to make sure she had the updated contact information for her students and their families. The school started virtual classes sometime in early April, but Mack estimated that roughly half of her students that semester didn’t sign on after school facilities closed in March.

When she was able to reach them, the parents of absent students would explain that they didn’t have an internet connection or that their child was home with grandparents, siblings or even alone, and lacked adequate supervision to make sure that they attended class.

Mack said she felt guilty that many of her students were not only falling behind in their math or reading skills but also that they lost access to all of the resources, support and personal growth that teachers, schools and their peers offer.

This school year, most of the 26 kids in Mack’s class sign on every day, often from their beds, a crowded room of kids, or some unknowable location because they don’t turn on their video camera. While she said that many of her students have adapted to online learning, others aren’t able to because of any number of factors, including a distracting environment, family stress, a lack of internet or technological support, or simply because it is difficult for anyone (let alone a second grader) to pay attention to a screen all day.

Signing off, giving up

Like Morgan, many of Mack’s second graders regularly break down in tears during class. “I see some kids sitting there crying, like bawling their eyes out on the other side of the screen,” Mack said. “It’s really hard when you have a student crying because they’re not sure what to do. They’re just so stressed out or having anxiety and saying, ‘Ms. Mack, I don’t even know what this activity is.’ And I read it to them, I show it to them, but I get upset because I don’t know what else I can do through a screen.”

Other times, they shut off their computers, Mack said. “I have some kids who will literally sign off—they’re so frustrated with the situation that they’ll shut off the computer completely and give up.”

On the other side of the country, in Oxnard, Calif., a coastal city north of Los Angeles, many of Kristin Dodge’s 8th graders seem to be giving up on school, too.

Dodge teaches four sections of English Language Arts, along with an 8th-grade college readiness elective called AVID, geared towards kids from under-resourced backgrounds or those whose families never went to college. Her school has been operating remotely since March of 2020.

Dodge estimates that roughly 20% of her students have acclimated to virtual learning and are doing well in their online classes. She suggested that this cohort of kids has a solid foundation in one way or another that has allowed them to make do with the circumstances and even thrive.

“For most of those doing well, home is a happy and safe place,” Dodge explained. “They have a dog or a cat. They have a mom or dad at home. They live in a space mostly free from distraction.”

Some of these students also have a personality or temperament that is well-suited to learning at home, away from the social pressures that middle school is known for, Dodge said. “These are the students who would normally be in my room eating lunch instead of out in the quads. They are more reserved,” she explained.

Unfortunately, the rest of Dodge’s students—a group that she estimated makes up around 80%—are not doing so well. “At least half of this 80% are failing most of their classes,” Dodge said. “They attend Zoom classes sporadically, if at all. They disappear for weeks at a time. They disappear online in the middle of Zoom class. They say they hate learning like this.”

The kids who articulate how they’re feeling and explain why they cannot complete their work typically say that they are too overwhelmed, distracted or both. “They say things like, ‘I start to do something, and then I get confused, and I just give up because it’s too much,’ or ‘I try to do it, but then I get distracted, and I can’t stay focused.’ That seems to be the refrain,” Dodge said.

Then there are the students who are completely closed off. Dodge tries to meet with these students one-on-one in a private Zoom meeting called a breakout room. When her classes meet together as a group, students can elect to mute their microphones and keep their video cameras turned off, even if their teacher discourages them from doing so. Meeting with students in breakout rooms gives Dodge an opportunity to converse with individual students on camera and unmuted, to try to get a sense of what they’re struggling with.

During one of those meetings, when the student unmuted the computer’s microphone, Dodge was immediately struck by the noise. “I realized that the background noise in their house or apartment or garage is like a nightmare. I don’t even know if they can hear me talking when I’m teaching the class. That explains a lot,” Dodge said.

For Dodge, Mack and teachers all around the United States, worrying about their student’s outside stressors has always been part of the job, but COVID-19 has merged school and home into one, making each part of a student’s life more difficult. In most cases, problems that existed in the home or at school have only been magnified.

The concerns about how this year will impact the growth of young people are endless, but Lee said that one of the top priorities for school systems should be to track down those students who have disappeared from school entirely. The estimates are wide-ranging and difficult to pin down, but one recent report from Bellwether Education Partners found that as many as 3 million U.S. students have not received any type of formal education since the pandemic began. 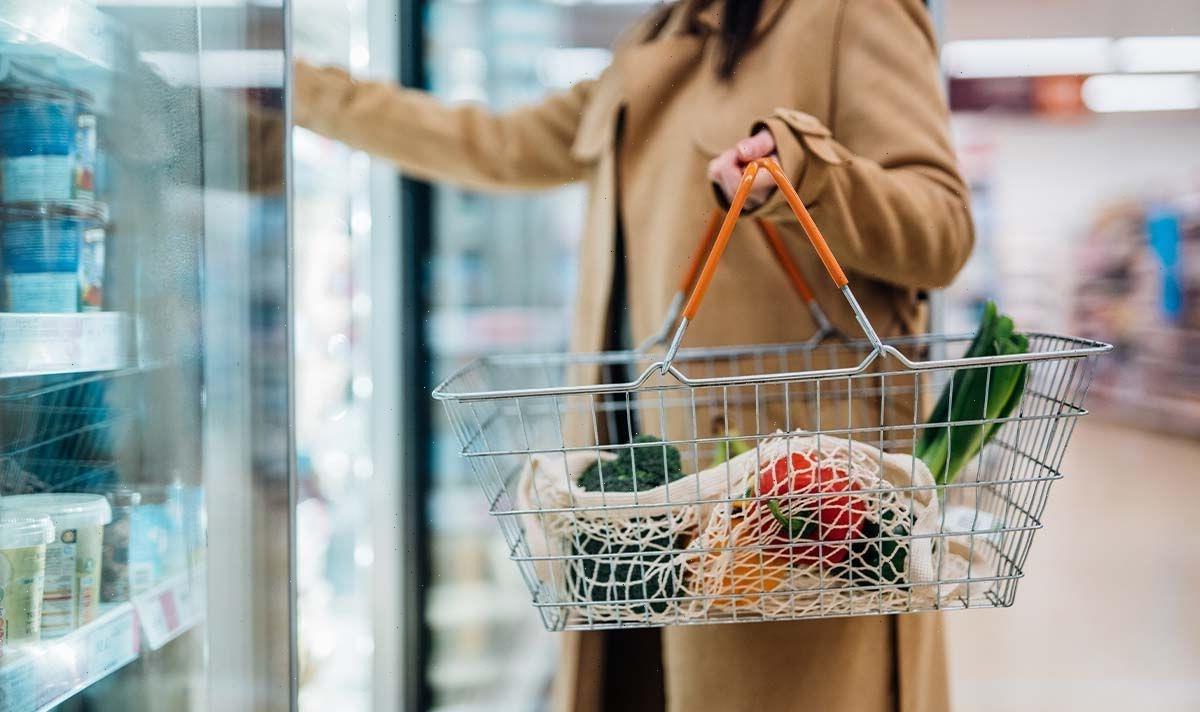