Statins: How the drug prevents heart attacks and strokes

The Centre for Disease Control states that around 80 percent of strokes are preventable, yet the condition strikes nearly 800,000 people each year. This figure could be greatly reduced by keeping the blood in good nick, research suggests. A deficiency in iron may be important to avoid, as it causes the blood to become sticky and clot.

Strokes can be caused by several clotting events that lead to the interruption of blood flow to the brain.

This subsequently causes loss of brain function, which may be unrecoverable unless treated swiftly.

Researchers at Imperial College found that an iron deficiency could potentially increase the risk of stroke by making the blood more sticky.

Their findings suggested that having even moderately low levels of iron levels approximately doubled the risk of stroke, compared with levels in the middle of the normal range. 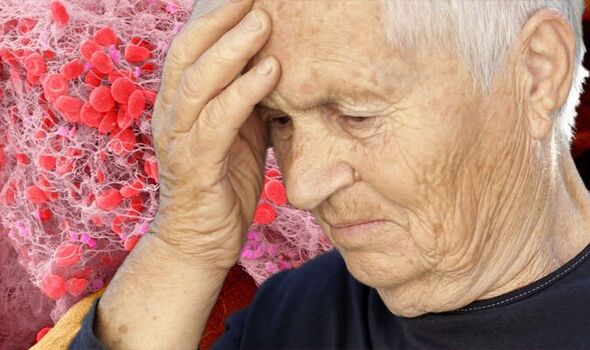 While researchers believed sticky blood may be the cause of stroke, they did not rule out the possibility of other mechanisms.

In 2020, scientists writing in the journal Cureus said there was not yet any established explanation of why IDA causes strokes.

“The first hypothesis described that the decreased oxygen-carrying capacity in the blood from anaemia might lead to low oxygen delivery to the brain,” they wrote.

Another hypothesis states that the low circulating oxygen levels might cause an increase in cerebral blood flow as compensation for the lack of oxygenation, which may subsequently cause clotting.

The last theory suggests that “iron deficiency induced microcytosis and thrombocytosis may trigger a hypercoagulable state and thrombosis.”

The NHS says if your diet causes your iron deficiency anaemia, your GP will tell you what foods are rich in iron so you can eat more of them. 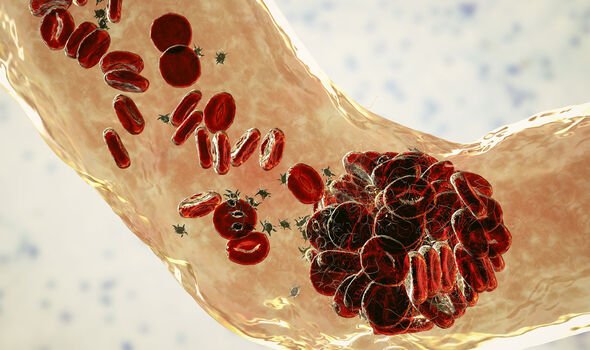 Eating and drinking more iron-rich foods is not only key for preventing an iron deficiency, but will lower the risk of other nutritional insufficiencies too.

Foods to consume less of include:

Foods with high levels of phytic acids, such as wholegrain can stop your body from absorbing iron from other foods.

Other causes of anaemia may include infections, such as malaria, chronic inflammatory disorders or other nutritional deficiencies.

Because the condition is so prevalent, it may be worth getting iron levels checked every so often by a health practitioner.

The American Journal of Clinical Nutrition says: “Iron deficiency with or without concurrent anaemia affects [around] 30 per cent of the global population, making it the most widespread nutrient deficiency.”