One in five people is likely to skip additional breast cancer testing after an abnormal mammogram if there’s a deductible involved, according to a new study.

The report, presented at a Radiological Society of North America (RSNA) meeting earlier this week, explored whether costly health insurance deductibles affected a patient’s willingness to undergo breast imaging. Researchers polled 932 patients who showed up for screenings at Boston Medical Center between September 2021 and February 2022. Respondents were asked questions about their demographics — including race, income range, and education level — and different scenarios involving breast imaging.

“Prior studies have shown that out-of-pocket costs deter patients from attending screening mammography,” Dr. Michael Ngo, the study’s lead author, told News-Medical.net. “However, there is a lack of research into patient adherence to the recommended follow-up imaging when there is a deductible. Our research aims to address this paucity.”

When asked whether they would forgo additional screenings after receiving abnormal results on a routine mammogram if they had to pay a deductible, 21 percent of participants said yes. Sixty percent said they would not skip the procedure, and 19 percent were undecided. People who were Hispanic, had a median household income of less than $35,000, or had Medicaid/were uninsured were more likely to say yes to skipping, so there are clearly systemic healthcare inequities at play here.

As researchers noted, high-deductible health plans (HDHPs) — which offer lower monthly insurance premiums in exchange for higher deductibles for out-of-pocket medical expenses — have become more popular in the United States, particularly among young, healthy people. Under the Affordable Care Act (ACA), most insurers are required to cover any costs associated with routine breast cancer screenings for people who were assigned female at birth (AFAB).

However, there are no ACA mandates regarding additional testing for patients whose mammograms come back abnormal. This means people on HDHPs likely have to pay for these procedures out of pocket until they hit the deductible. For individual HDHPs, that deductible is at least $1,400; for family plans, we’re talking $2,800. It’s easy to see how follow-up screenings could be cost-prohibitive. 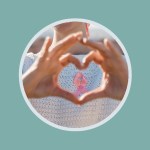 Breast cancer is the second most common cancer among cisgender women. According to the Centers for Disease Control and Prevention (CDC), regular mammograms can lower a person’s risk of dying of breast cancer. The agency recommends getting a mammogram every two years for AFAB people ages 50 to 74 years old at average risk of developing breast cancer. Those guidelines shift slightly depending on a person’s risk factors.

If a mammogram detects breast abnormalities, that doesn’t necessarily mean a patient has cancer. However, follow-up testing is needed to make a determination. This could require a referral to a breast specialist or surgeon — which, again, can be incredibly costly without help from your health insurance provider.

“Our study demonstrates that out-of-pocket payments will discourage people, especially those belonging in the most vulnerable populations, from completing the last steps in the breast cancer screening process,” Dr. Ngo added. “These results could be used to advocate for legislation that will cover these important follow-up tests and prevent further exacerbation of existing health inequities.”

Before you go, check out these products patients and survivors of breast cancer can actually use: