Several messenger ribonucleic acid (mRNA) vaccines have been developed to combat the ongoing coronavirus disease 2019 (COVID-19) pandemic, of which includes the Pfizer-BioNTech BNT162b2 and Moderna mRNA-1273 vaccines. However, a higher than expected number of myocarditis cases were submitted to the United States Vaccine Adverse Event Reporting System (VAERS) post-vaccination in May 2021, with an increased frequency of these cases occurring in young males. 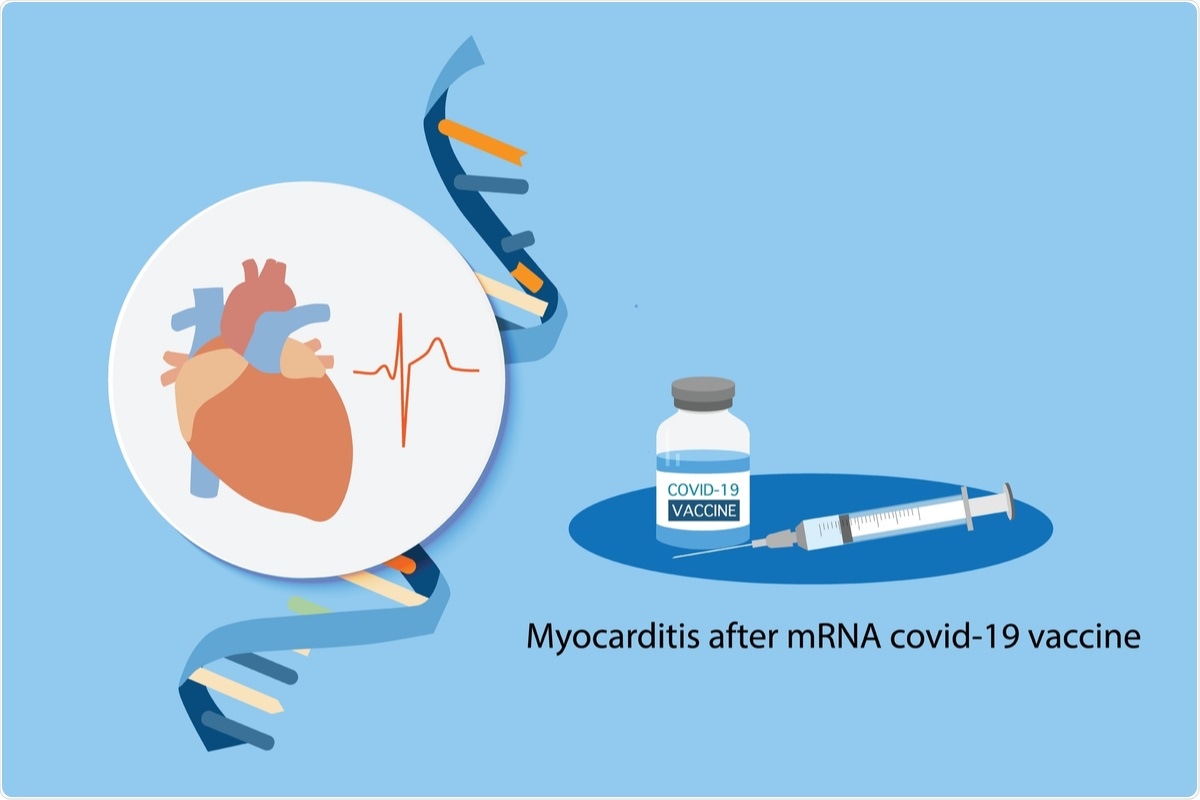 The current study included participants between the ages of 18 to 39 years who were members of integrated healthcare organizations within the VSD and were vaccinated with either of the aforementioned mRNA vaccines. Potential causes of myocarditis and pericarditis were evaluated in the emergency department (ED) and inpatient settings one to 98 days after the patients had received the first or second dose of an mRNA vaccine. Positive COVID-19 cases that were identified by molecular assay or diagnostic code 30 days before diagnosis were excluded from the study.

Thereafter, all potential cases underwent a medical record review that included information on the timing of symptom onset, verified diagnoses, and clinical data on the patients. Clinician adjudication (MEO, TTB) verified whether the cases met the U.S. Centers for Disease Control and Prevention (CDC) case definition of confirmed or probable myocarditis, pericarditis, or myopericarditis.

The median age of the cases was 22 years and 23.5 years for the BNT162b2 and mRNA-1273 vaccines, respectively. Regardless of the vaccine, most cases were found to occur in males and after the second vaccine dose. Most patients were admitted to the hospital for a median length of stay of one day, while none were admitted to the intensive care unit (ICU).

The risk of myocarditis and pericarditis was also found to be higher following vaccination with mRNA-1273 than BNT162b2. However, continuous monitoring of the impact of vaccines is required, especially after receipt of booster doses.

The current study might also have some detection or diagnosis bias due to increased awareness of potential myocarditis after mRNA vaccines in both the public and healthcare providers.

Preprints with The Lancet / SSRN First Look publishes preliminary scientific reports that are not peer-reviewed and, therefore, should not be regarded as conclusive, guide clinical practice/health-related behavior, or treated as established information.