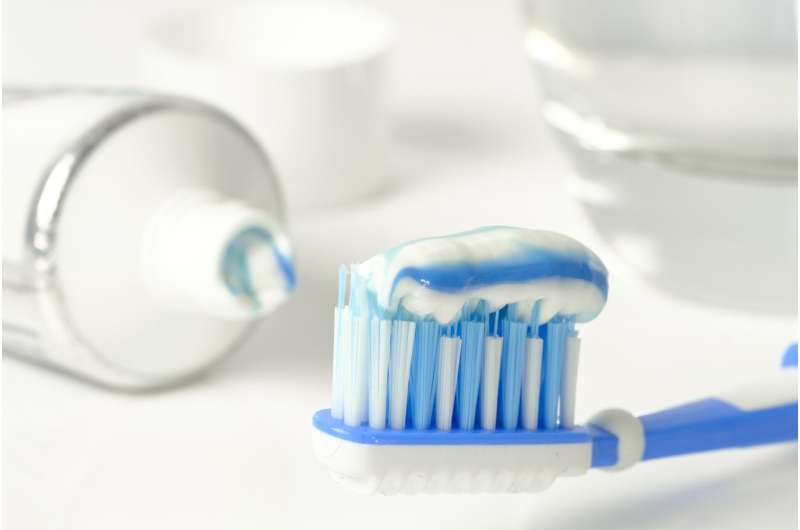 A study led by researchers at the University of Toronto and its partner hospitals has contributed to a major change in American guidelines for pneumonia prevention among ICU patients on mechanical ventilators.

The study, published late last year in Intensive Care Medicine, was among the first in the world to show that the oral rinse should be discontinued and oral care, including tooth brushing, should be implemented instead.

The updated U.S. guideline governs care in all U.S. hospitals and has been approved by the Centers for Disease Control and Prevention (CDC).

“To see the connection between oral health and systemic health bolstered by our study findings in the guideline is a long-awaited change,” says Craig Dale, a nurse scientist in the ICU at Sunnybrook Health Sciences Center and an associate professor in U of T’s Lawrence S. Bloomberg Faculty of Nursing.

“Speaking on behalf of our research team, we are quite proud of the innovation our work proposes. It also shows how Canadian research can lead to a change in international practice.”

Pneumonia is a significant risk to patients who pass through the hospital and especially the ICU. Patients may be exposed to many things that change the microbiome in their mouth, including medications that are very drying, restrictions on eating and drinking and lack of oral care. The tube used for ventilating can also be a conduit for bacteria to enter the lungs, which leads to pneumonia.

“When there is a large overgrowth of bacteria in the mouth, it can be aspirated from the mouth into the lungs, especially when patients are lying on their backs,” says Dale.

The use of an antimicrobial oral rinse has for many years been thought to be successful in preventing pneumonia in the ICU, but over the last eight years a series of systematic reviews began to show an excess mortality signal.

“It appeared as though oral rinse exposure could be contributing to the death of patients in the ICU,” says Dale. “It also appeared that the oral rinse was not doing what it was supposed to do—which was prevent pneumonia.”

To further investigate if this signal was true, Dale and his co-investigator Brian Cuthbertson, also of Sunnybrook Health Sciences Center and a professor in the Temerty Faculty of Medicine, designed what’s known as a de-adoption trial in collaboration with hospitals and ICU staff across the Toronto Academic Health Sciences Network (TAHSN). The study would swap out the use of the oral rinse but preserve oral health with an oral care bundle that included toothbrushing and moisturizing the lips and mouths of patients regularly.

The study evaluated outcomes including changes in ICU mortality, respiratory infection, time spent on the ventilator and patient comfort, and concluded that the oral rinse was not needed to prevent pneumonia. Instead, the oral care bundle designed by Dale and his fellow researchers performed just as well as the rinse and appeared to do a better job in the promotion of oral health in patients overall.

“We saw no effect on ICU mortality and other patient-centered outcomes when comparing the antimicrobial rinse and an oral care bundle. As patients should have their teeth brushed anyway, we saw there was no need for the addition of the mouth rinse, which may have side-effects for patients,” says Dale.

The value of comprehensive oral care for ICU patients is something Dale says cannot be understated. Not only does it safeguard patients from harm, but it can also help them resume speech, swallowing and a regular diet more quickly once they are no longer ventilated.

Nurses, he adds, continue to play a significant role in delivering pneumonia prevention at the bedside. With the introduction of oral care bundles, the role of nurses in implementing this practice change is even more important.

“Oral care involving tooth brushing, moisturizing the mouth and deep suctioning requires a different skillset than simply applying a topical rinse. This proposed change is a complex intervention for very sick patients with tubes and fluctuating levels of consciousness and abilities to co-operate,” says Dale. “De-adoption of this long-held practice really puts the onus on nurses to pick up the gauntlet again and make sure we can deliver this care to protect patients from poor outcomes.”

While pneumonia prevention guidelines in the U.S. have been updated, citing evidence from Dale’s study, the guidelines for Canada have yet to be changed. Nonetheless, introducing toothbrushing as an essential, rather than optional, component of care for patients admitted to hospital and ICU is the first major change in such guidance in several decades.

Practice change, particularly in an ICU setting, is difficult to accomplish, Dale acknowledges, but he says the new guideline is a step forward in providing better care for patients and recognizing the often-ignored connection between oral and systemic health. A lot of work remains to be done to raise awareness of the important changes to the American guideline, he says.