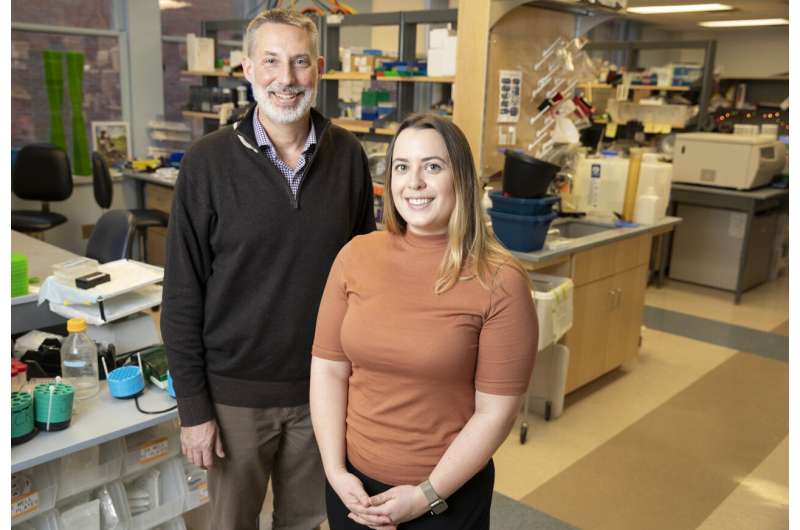 A multidisciplinary team of investigators at Vanderbilt University Medical Center has discovered that blocking an iron uptake receptor reduces disease pathology and promotes the activity of anti-inflammatory regulatory T cells in a mouse model of SLE. The findings were published Jan. 13 in the journal Science Immunology.

Lupus, including SLE, occurs when the immune system attacks a person’s own healthy tissues, causing pain, inflammation and tissue damage. Lupus most commonly affects skin, joints, brain, lungs, kidneys and blood vessels. About 1.5 million Americans and 5 million people worldwide have a form of lupus, according to the Lupus Foundation of America.

Treatments for lupus aim to control symptoms, reduce immune system attack of tissues, and protect organs from damage. Only one targeted biologic agent has been approved for treating SLE, belimumab in 2011.

“It has been a real challenge to come up with new therapies for lupus,” said Jeffrey Rathmell, Ph.D., professor of Pathology, Microbiology and Immunology and Cornelius Vanderbilt Chair in Immunobiology. “The patient population and the disease are heterogeneous, which makes it difficult to design and conduct clinical trials.”

Rathmell’s group has had a long-standing interest in lupus as part of a broader effort to understand mechanisms of autoimmunity.

When postdoctoral fellow Kelsey Voss, Ph.D., began studying T cell metabolism in lupus, she noticed that iron appeared to be a “common denominator in many of the problems in T cells,” she said. She was also intrigued by the finding that T cells from patients with lupus have high iron levels, even though patients are often anemic.

“It was not clear why the T cells were high in iron, or what that meant,” said Voss, first author of the Science Immunology paper.

To explore T cell iron metabolism in lupus, Voss and Rathmell drew on the expertise of other investigators at VUMC:

The researchers found that the transferrin receptor was more highly expressed on T cells from SLE-prone mice and T cells from patients with SLE, which caused the cells to accumulate too much iron.

“We see a lot of complications coming from that—the mitochondria don’t function properly, and other signaling pathways are altered,” Voss said.

“It was really surprising and exciting to find different effects of the transferrin receptor in different types of T cells,” Voss said. “If you’re trying to target an autoimmune disease by affecting T cell function, you want to inhibit inflammatory T cells but not harm regulatory T cells. That’s exactly what targeting the transferrin receptor did.”

In T cells from patients with lupus, expression of the transferrin receptor correlated with disease severity, and blocking the receptor in vitro enhanced production of IL-10.