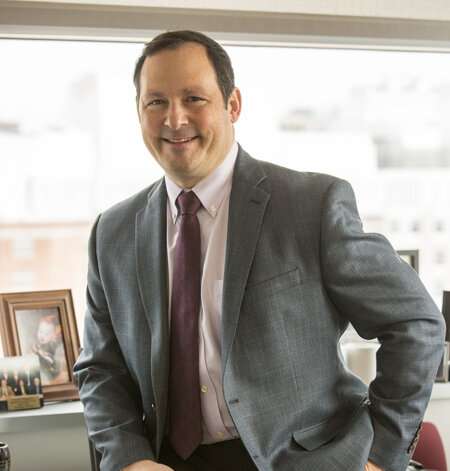 Researchers at Vanderbilt University Medical Center (VUMC) have shown for the first time that when one optic nerve in the eye is damaged, as in glaucoma, the opposite optic nerve comes to the rescue by sharing its metabolic energy.

In doing so, however, the undamaged optic nerve becomes vulnerable to further metabolic stress, which could explain why the neurodegeneration observed in this and other diseases spreads between brain regions.

“This is the first demonstration of metabolic resources being shared between the two eyes and optic nerves,” said David Calkins, Ph.D., Vice Chair of the Department of Ophthalmology and Visual Sciences at VUMC and Director of the Vanderbilt Vision Research Center.

The report by Calkins and colleagues, published Monday in the Proceedings of the National Academy of Sciences, suggests a potential new approach to treating neurodegenerative diseases like glaucoma and Alzheimer’s disease by beefing up the metabolic resources of the involved neurons.

Glaucoma, a leading cause of blindness, is caused by sensitivity to ocular pressure, which leads to degeneration of the eye’s neural projection to the brain.

Crucial to neuronal health are astrocytes, the star-shaped glial cells that store glycogen and release it as glucose, the fuel that neurons need to function since they do not store their own energy source.

Using positron emission tomography (PET) imaging, which can map the metabolic activity of cells in different tissues, the researchers showed that when one optic nerve was stressed by a rise in intraocular pressure, metabolites including glycogen were transferred from the healthy optic nerve via their crossover point in the brain.

“The energy is transferred up one optic nerve, across the optic chiasm (an X-shaped structure formed by the crossing of the optic nerves) in the brain and back down to the other eye, which is a tremendous distance for metabolites to travel,” Calkins said.

“We don’t know exactly how it’s done,” he said.

However, the transfer is dependent on connexin 43 (Cx43), the protein that makes up the gap junctions in astrocytes. Gap junctions are intracellular channels that connect adjacent cells and which permit the exchange of small molecules between them.

When Cx43 was genetically ‘knocked out’ in a mouse model, the energy transfer didn’t happen within the astrocyte networks between the two optic nerves.

The transfer phenomenon helps explain the bilateral effects seen in neurodegenerative diseases. Alzheimer’s disease, for example, can start in one hemisphere of the brain and travel to the next.

“This implies that a way to slow neurodegeneration generally would be to boost metabolic resources in the brain,” he said. “One way that can be done is by targeting astrocytes to reprogram them to create and store more metabolites to share with neurons.