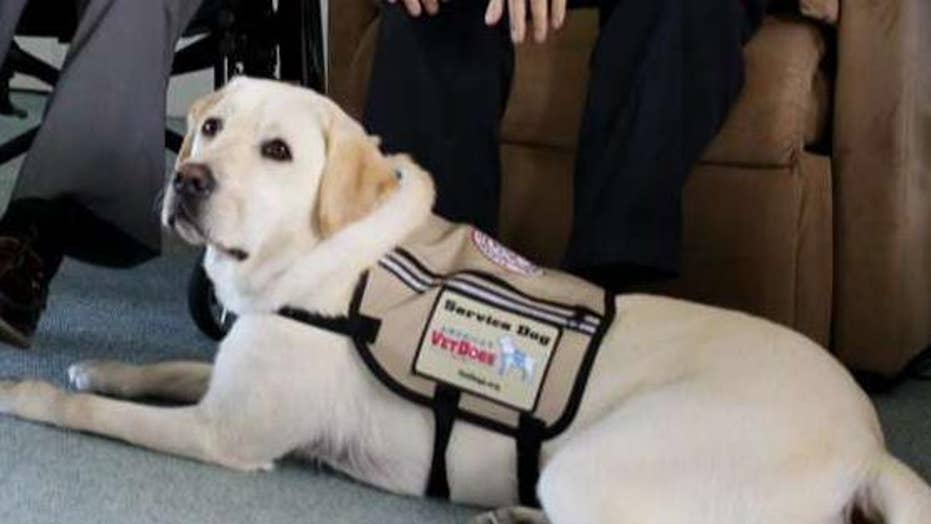 The 2-year-old service dog, who captured Americans' hearts after the 41st president died late last month, was welcomed back with open arms and a round of applause by America's VetDogs on Wednesday.

"We're very honored that we had the opportunity over the course of the last six or seven months to work with former President George H.W. Bush," John Miller, president and CEO of the organization, said at a press event in Long Island, New York.

Miller said that Bush and his family, along with their team, "were first class in every way and worked very hard with us to make sure that Sully … served the president the best he could."

Sully's final trainer and service dog program manager, Valerie Cramer, said she was the one who received the call from Bush's team in April inquiring about a service dog for the onetime president.

"I immediately knew I had the perfect dog for President Bush," she told reporters. "In fact, in my excitement, I may have even mentioned Sully's name."

Sully had the "right personality" and "temperament" to assist Bush because he's "loyal, calm, kind with children" — all attributes Cramer said were "exactly what the president's team asked for." 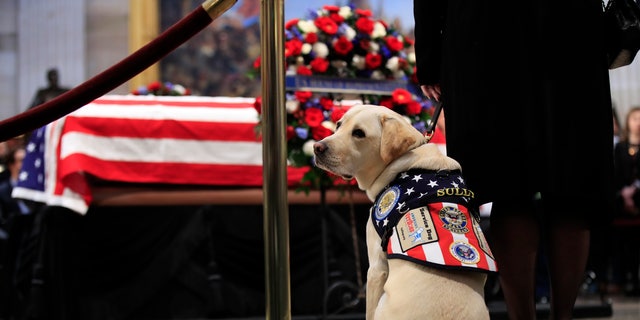 Sully, former President George H.W. Bush’s service dog, paid his respect to Bush as he lied in state at the U.S. Capitol in Washington on Dec. 4.
(AP Photo/Manuel Balce Ceneta)

When Bush died, "it was his wish that Sully serve other veterans," she said. Bush's wish will be granted sometime around February, when Sully will provide animal-assisted intervention at the military medical center in Bethesda, Maryland.

Sully will visit with injured veterans and help to provide comfort during rehabilitation sessions, Cramer said. "He will be fulfilling President Bush's request."