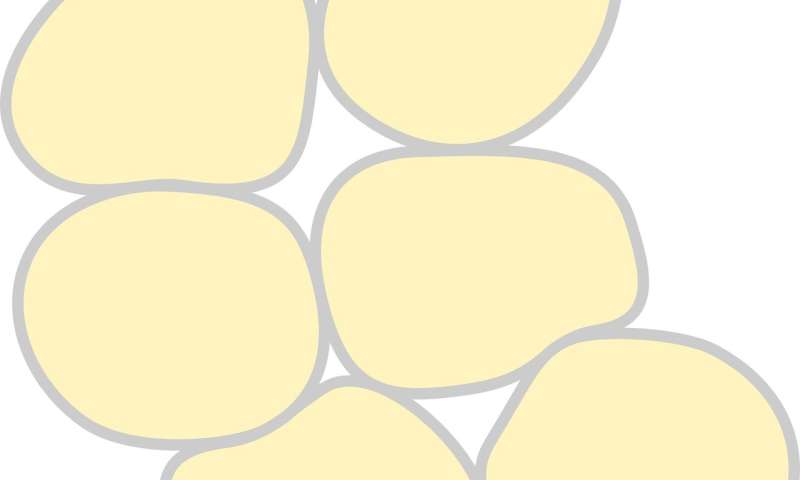 In a paper published in Science Translational Medicine, they reported that G-1, a cancer-fighting compound they discovered some years ago, reduces fat in obese mice. Although G-1 is currently in phase 1 clinical trials for cancer, Prossnitz and his team are planning preclinical studies to use G-1 to fight fat in obese people.

Obesity affects 40% of adults in the United States, resulting in health conditions that include heart disease, high blood pressure, type 2 diabetes and some cancers. According to the U.S. Centers for Disease Control and Prevention, obesity and its related conditions far outweigh other causes of death. Current drugs for obesity don’t effectively reduce it or have undesirable side effects.

Prossnitz’s previous studies showed that GPER may play a role in resistance to tamoxifen and similar drugs, and that led him to wonder how G-1 affects non-cancerous cells when estrogen is lacking.

Estrogen is considered a female hormone, although men produce it at low levels. Low estrogen in women is a hallmark of menopause, and postmenopausal women also have higher rates of heart disease, high blood pressure, obesity and diabetes. So to understand whether G-1 might affect metabolism in postmenopausal women, Prossnitz and his team studied mice with low estrogen levels.

In their studies, low-estrogen female mice gained weight rapidly, even on a normal diet, and quickly became obese and diabetic. When the researchers treated these obese female mice with G-1, the mice lost weight and their diabetes went away.

The researchers determined that the weight loss wasn’t due to the mice eating less or moving around more; it resulted from what their bodies did with the calories they ate. Instead of storing calories as fat, the mice used them as fuel.

Prossnitz’s team also studied male mice, which have naturally low levels of estrogen. The male mice were fed a high-fat diet, which made them obese and diabetic, and then some were treated with G-1. Although the treated mice did not lose weight, they did not gain additional weight either, like the untreated mice. More importantly, their diabetes improved.

“This result suggests that G-1 has separate effects on obesity and diabetes,” Prossnitz says. “The G-1-treated male mice were metabolically healthier, even though they were still obese.”

Finally, the team also fed a high-fat diet to low-estrogen female mice. These mice became obese very quickly, but just like their sisters on a normal mouse diet, they lost weight and their diabetes improved when they were treated with G-1. These results, says Prossnitz, could point to a sex difference in the effects of the drug or in the way GPER signals in the cells of males and females.

To learn about how G-1 increases energy expenditure, the team studied brown fat cells, which generate heat instead of storing excess calories as fat. What they found surprised them: when treated with G-1, the cells expended more energy.

“This fits nicely with what we saw in mice,” Prossnitz says, “and suggests that G-1 may reduce obesity by targeting brown fat cells that burn extra calories.”

In a future series of experiments, Prossnitz plans to study how signals from GPER induce the cellular changes that cause more energy to be used. He hopes that one day soon G-1 could revolutionize the treatment of metabolic disorders.