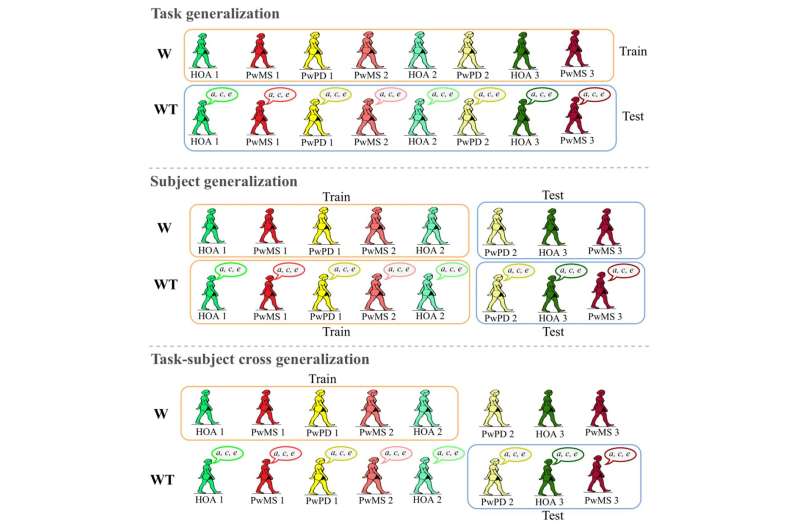 In an effort to streamline the process of diagnosing patients with multiple sclerosis and Parkinson’s disease, researchers used digital cameras to capture changes in gait—a symptom of these diseases—and developed a machine-learning algorithm that can differentiate those with MS and PD from people without those neurological conditions.

Their findings are reported in the IEEE Journal of Biomedical and Health Informatics.

The goal of the research was to make the process of diagnosing these diseases more accessible, said Manuel Hernandez, a University of Illinois Urbana-Champaign professor of kinesiology and community health who led the work with graduate student Rachneet Kaur and industrial and enterprise systems engineering and mathematics professor Richard Sowers.

Currently, patients must wait—sometimes for years—to get an appointment with a neurologist to make a diagnosis, Hernandez said. And people in rural communities often must travel long distances to a facility where their condition can be assessed. To be able to gather gait information using nothing more than a digital camera and have that data assessed online could allow clinicians to do a quick screening that sends to a specialist only those deemed likely to have a neurological condition.

To conduct the study, the team videotaped adults with and without MS or Parkinson’s disease as they walked on a treadmill, focusing the digital cameras on participants’ hips and lower limbs. Those without the neurological conditions were age-, weight- and gender-matched with participants with MS and PD. The walking exercise also included trials in which participants walked while reciting every-other letter of the alphabet in sequence. This added task was designed to mimic the real-world challenges of walking while engaging in other potentially mentally distracting tasks, Sowers said.

“This is a novel study in that we were trying to address the fact that the lab is different from how people behave in the wild,” he said. “When you’re at home, you’re doing whatever you’re doing, but you’re also thinking, ‘Did I close the garage door? Did I turn the stove off?’ So there’s an added cognitive load.”

The researchers used an open-source tool to analyze the video to extract data about how participants moved during the walking exercises.

“We looked at the body coordinates for hips, knees, ankles, the big and small toes and the heels,” said Kaur, who developed the method for analyzing how these coordinates moved over time to look for differences between adults with and without MS or Parkinson’s disease.

She tested the accuracy of her approach using more than a dozen traditional machine-learning and deep-learning algorithms. The team also tested the method on new study subjects to see if it could identify those with MS, those with Parkinson’s disease and those with neither condition.

The study revealed that several of the algorithms were more than 75% accurate at detecting these differences.