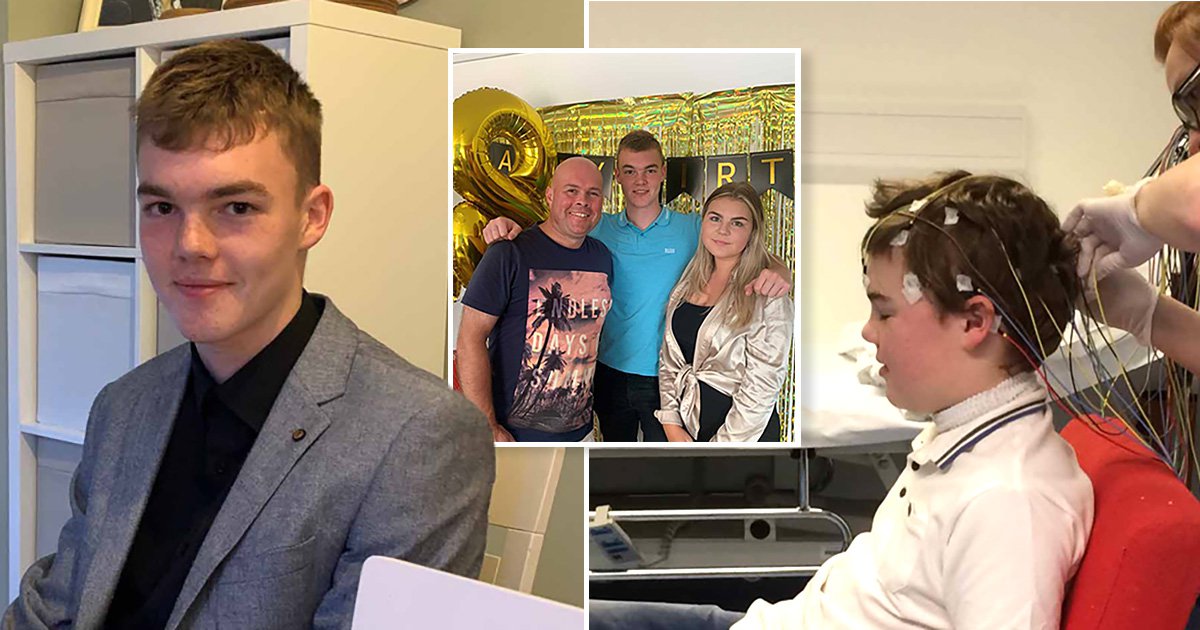 ‘Exorcist syndrome’ can cause violent episodes in which someone might physically harm the people they love.

A proud mum whose son has the syndrome, causing him to even threaten the family with knives, has praised the teenager for ‘fighting back’ and getting his first job.

As a result, he can grab knives, hallucinate and experience violent rages. At its worst, the rages have led to him giving his mum bruises, black eyes and broken fingers.

Natasha Lindsay, 45, describes the condition as being like ‘an earthquake in Cameron’s brain,’ making him behave as if he was ‘possessed by the devil.’

After plasma therapy treatment, anti-psychotic medication and psychological support, Cameron relearned how to walk and talk.

Incredibly, he passed four GCSEs and is now starting his first job as a customer assistant at Tesco Express.

Natasha, who lives with Cameron, her husband, and a daughter, said: ‘I had no idea where we would end up when this all began.

‘Comparing when things weren’t good and we were close to losing him with now, the change is incredible. I’m in awe at what he’s achieved.

‘He’s so doggedly determined to make a life for himself and be a normal young lad – and he’s certainly achieving that.’

Natasha, who is head of the Northern Ireland branch of the PANS PANDAS UK charity, now lives with post-traumatic stress disorder (PTSD) as a result of her son’s illness.

Just 11 when he first got the condition, Cameron became anxious and displayed nervous tics.

These worsened over the coming months and was eventually rushed to hospital, when doctors found out his body was trying to fight a strep infection.

PANDAS destroys brain cells of a similar make-up, and it was then he got his diagnosis. Cameron has the most severe form, dubbed ‘exorcist syndrome,’ because of the behaviour it triggers.

Over the next four years he was in and out of hospital to control his symptoms, and during that time Cameron’s illness was thought to be linked to him contracting scarlet fever when he was 10.

Given four lots of intravenous immunoglobulin – antibodies pumped directly into his bloodstream – still the condition persisted.

Any time he became unwell from common illnesses, he would have flare-ups in his ‘exorcist syndrome’, which would prevent his and the family’s life from continuing as normal.

During violent episodes, he had to be restrained from grabbing knives from the kitchen drawer to harm himself or his family.

Thankfully, in 2015, dialysis-style plasma therapy treatment was effective and saw his symptoms diminish significantly – they had almost disappeared.

Though flare-ups returned six weeks later, Natasha said this was the ‘winning treatment’, adding: ‘We were extremely fortunate to get him this.

‘The antibodies attacking his brain live in plasma. It did enough to put him on the road to recovery.’

By 2018, Cameron started to become more settled thanks to a combination of antipsychotic drug risperidone and clonidine, which is used to treat ADHD and impulsivity.

Natasha said: ‘Around two and a half years ago, family life was starting to return. He got into a routine and was thriving with amazing home teachers.’

But the family still struggled with the other side of Cameron’s condition. Initially he was unable to walk or talk, write, add up, or study for exams.

‘Cameron had to relearn everything and he was fiercely determined to,’ Natasha said. ‘Once we got him the help that he needed, the rest of the family began to process what had happened.

‘I crumbled first – being diagnosed with PTSD in 2018. I reached the bottom in January of that year and my body just said, “I can’t do this anymore.”‘

Cameron’s sister, Annie, was also impacted by the condition and has PTSD.

Natasha said: ‘Annie was only nine when he took ill and we knew it would come back to haunt her.

‘She would help me hide all the dangerous objects and then hide under her bed. It was like she used up all her coping ability in that first year.

‘Cameron feels very guilty that he put his family through this – which is the last thing I want.’

Now an adult, Cameron’s symptoms are milder and flare-ups are less severe and infrequent.

He no longer requires hospitalisation, but his mood and reactions can still appear threatening.

Natasha said: ‘You’re dealing with a daily legacy of a brain injury. He gets extreme tiredness, brain fog and fatigue and has executive functioning issues, such as problems with multi-tasking and following a series of instructions.

‘He’s now 6ft tall and a grown man, so it can be intimidating and slightly scary when he’s not good.

‘The difference with parenting him now is that he recognises his symptoms and knows when his meds aren’t working.

‘The key for me is being soft and gentle – exactly the same as I was at the start.’

Lockdown made things harder, as he was isolated from friends, but his last ‘bad flare’ was over a year ago – which for Natasha is a sign of progress.

She said: ‘That time we had two holes punched in a wall. Luckily, picture frames cover them now.

‘Things are nowhere near as bad as that anymore. I am very confident that he won’t revert back to how he was – although, you can never say never, as there hasn’t been enough research done to be certain.’

These days, her friends often praise Cameron for how he’s matured and grown.

‘It does the heart good to hear that after all we’ve been through and all he’s endured.

‘We’ve come out the other side – most definitely bearing scars – but family life has come back,’ she said.

While Cameron is not completely free from the chaos PANDAS wrecked on his life, he is considerably better.

He said: ‘With my condition, one of the reasons I let mum do most of the talking for me, is that I can’t remember a lot of what went on when I was really ill.

‘The last year of lockdown was tough for me as you don’t realise how much seeing your friends every day makes a difference to your life.

‘But I am definitely doing much better than I was years ago and that’s something I’m really happy about.’

Natasha’s charity work with PANS PANDAS UK, which was founded in 2017, helps her feel like something good has come from this experience.

‘We don’t want to have gone through it all for nothing.

‘You feel like you’re on your own and don’t know how to get up each day, but you need to be really determined and do everything you can to get your child the help they need – they rely on you.

‘After we survived this, I don’t think there’s a lot that’s going to take us down,’ she said.

For more information about the charity and PANDAS, click here. 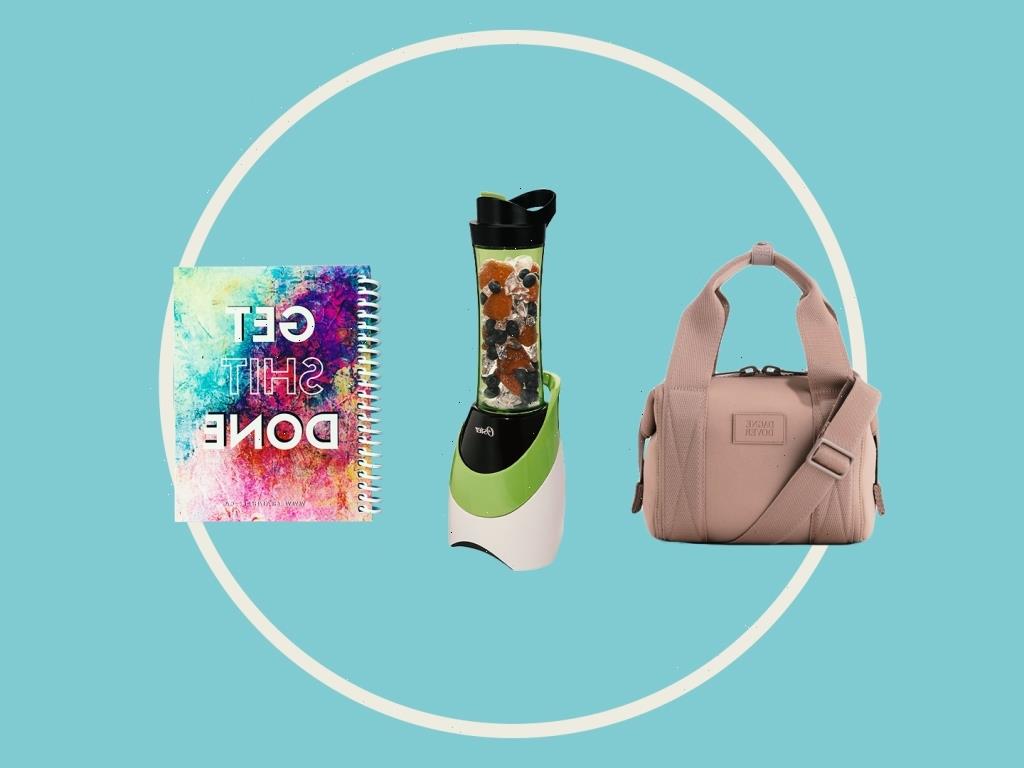