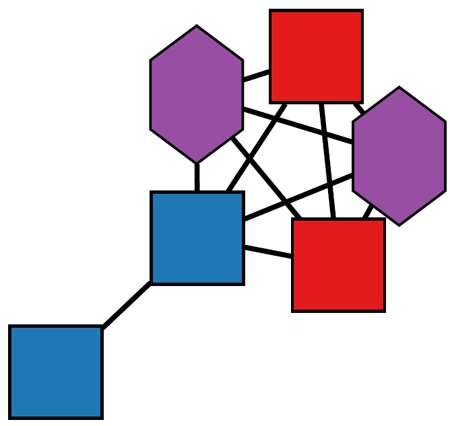 Every county in the United States tracks HIV cases, sequencing the virus’ genome to see if it is resistant to current medications and looking for trends. More recently, local health departments and the Centers for Disease Control and Prevention (CDC) have begun using those HIV genetic sequences to trace the virus’ transmission history.

They can do that because the virus evolves quickly, with genetic variations arising frequently. This information allows researchers and public health officials to build transmission networks, clusters of people with genetically similar HIV. Transmission networks help determine which groups might be at increased risk for transmitting HIV, but they do not reveal who contracted the infection from whom.

Working with the Los Angeles County Department of Public Health, researchers at University of California San Diego School of Medicine recently used this data to look for HIV infection trends in the region. They expected to find many transmission clusters with men who have sex with men, a group that makes up 62 percent of new HIV cases each year in the U.S., but they were surprised to find more transgender women (people assigned male at birth, but who identify as female) and heterosexual cisgender men (people who were assigned male at birth and identify as male) in these clusters than they had anticipated.

The findings, published February 11, 2019 in Lancet HIV, suggest transgender women are at higher risk of being in an HIV transmission network than men who have sex with men. In addition, cisgender men in these clusters should be considered at higher risk for HIV than previously thought.

“This is a pattern of HIV transmission that we didn’t know about before, and the information could help us slow the spread of the virus,” said senior author Joel Wertheim, Ph.D., assistant professor in the Division of Infectious Diseases and Global Public Health at UC San Diego School of Medicine. “For example, this type of information could help public health officials tailor their efforts within the transgender community, hopefully allowing them to diagnose people living with HIV, connect more diagnosed people with the care they need, and help people at high risk get access to preventative medications.”

Wertheim led the study with first author Manon Ragonnet-Cronin, Ph.D., who was a postdoctoral researcher in his group at the time of the study.

Transgender women make up 27.7 percent of new HIV cases each year in Los Angeles County and, in addition, are known to have high rates of undiagnosed infections. Yet, according to the Wertheim and Ragonnet-Cronin, HIV transmission networks for transgender women have never before been studied.

This approach allowed the researchers to characterize the partners of transgender women across the entire county.

“This is about prioritizing limited resources,” Wertheim said. “If your goal is to improve public health, especially among the underserved and high-risk populations, these results provide a guide for a better way to do that.”

Now Wertheim is working with the CDC and public health departments in Chicago, New York City and Houston to employ this same molecular epidemiology approach to identify local groups at highest risk for HIV, and greatest need for intervention and support.