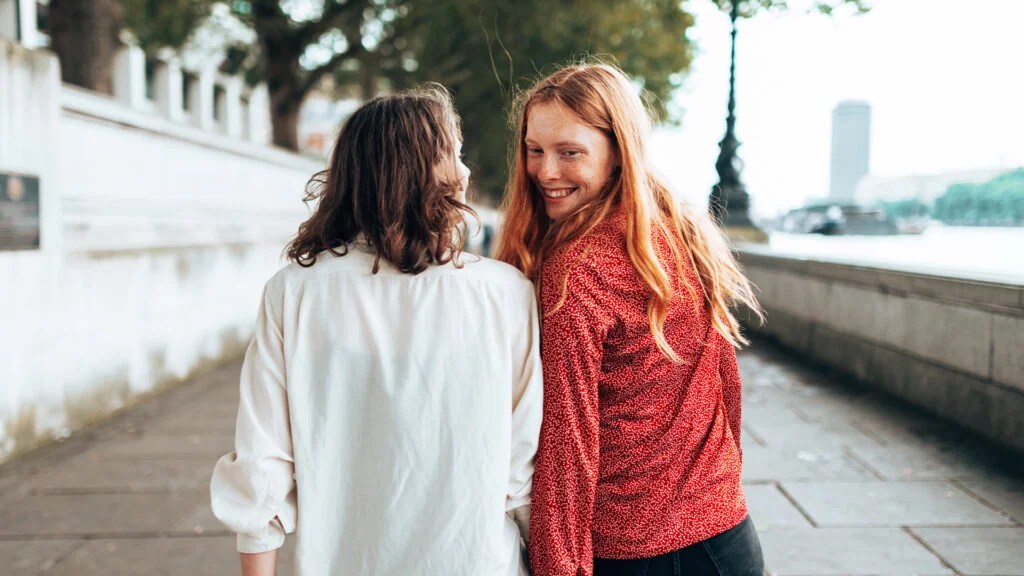 In recognition of National Coming Out Day on October 11, the Trevor Project, a 24/7 resource for LGBTQ young people, has released a report exploring the association between the age at which LGBTQ youth come out about their sexual orientation, and suicide risk.

The brief’s primary findings are:

“Coming out in and of itself is not harmful to LGBTQ youth mental health — it’s more about the level of support you have, where and when you come out.“

“These data should not discourage LGBTQ youth from coming out for fear of bullying or harassment, but rather serve as a call to action for the people in their lives — parents, family members, teachers, doctors, and other direct service providers — to create safe, affirming environments where LGBTQ youth can feel seen and supported for who they are.”
— Dr. Myeshia Price

Coming out at a younger age

Of the youth included in the report, 24% overall came out before they were 13 years old.

More than half, 56%, of those who came out before turning 13 seriously considered suicide in the past year. Nearly a quarter of them, 22%, attempted suicide during that period.

“LGBTQ youth who came out at age 13 or younger had 37% increased odds of a suicide attempt in the past year,” says the report.

The statistics for LGTBQ people who came out at a later age are somewhat lower: 42% considered suicide and 12% attempted it.

Victimization at school and elsewhere

The report found a key driver of suicidal thoughts and suicide was victimization due to a person’s sexual orientation or gender identity.

Of those who came out before age 13, 46% reported that they had been physically threatened or harmed as a result of their sexual orientation or gender identity, compared to 34% of LGBTQ youth who came out later.

Thirty-one percent of LGBTQ youth who came out younger than 13 attempted suicide in the last year, nearly double the rate of those who hadn’t been victimized or those who came out later, 12%.

Among LGBTQ youth who came out before 13, 83% experienced discrimination, with 25% attempting suicide.

“Victimization can happen in any setting, but most often it happens at schools and in un-affirming community settings. Parents can keep their child safe by advocating that schools allow symbols of affirmation such as pride flags and allow student clubs such as Gay-Straight Alliances.”

GLSEN is a national network devoted to the idea “that every student has the right to a safe, supportive, and LGBTQ-inclusive K-12 education.” Its executive director, Melanie Willingham-Jaggers, told MNT:

“Our research from GLSEN’s 2019 National School Climate Survey reveals that LGBTQ+ students consistently experience harassment or assault at school at higher rates than their straight classmates.”

“As a result, LGBTQ+ youth are more likely to skip school due to feeling unsafe, have lower GPAs and academic achievement, and a lower sense of belonging in school.”
— Melanie Willingham-Jaggers

When “supportive measures are present at schools, kids have better school outcomes such as higher GPAs, higher school completion rates, and an increased sense of belonging at schools,” said Dr. Gandy.

“One of the most important ways we can protect all students, including LGBTQ+ students, is by providing access to supportive teachers and inclusive curriculums that create safe school environments where they feel supported and comfortable being themselves,” Willingham-Jaggers added.

“Kids also need support in other highly un-affirming settings including,” noted Dr. Gandy, “but not limited to, some faith communities and some recreational sports.”

“Simply put, the younger a person is, the more vulnerable they are. LGBTQ+ children that are age 13 or younger have fewer personal resources available to help them combat discrimination or bullying. That is why support for LGBTQ+ people must begin in the earliest stages of a child’s life and continue throughout.”
— Dr. Megan Gandy

Willingham-Jaggers noted that the current political climate in the U.S. is not helping:

“In the lead-up to the midterm elections, we are seeing extremists victimizing LGBTQ+ children in an attempt to rile up their base, and these targeted attacks only exacerbate mental health challenges for young people.”

“From bills that forcibly ‘out’ transgender students to so-called ‘Don’t Say Gay’ laws that censor accurate and inclusive curriculum, it’s no surprise that we’re continuing to see staggering rates of harassment and discrimination,” she added.

What supportive families can do for children

The report found that LBGTQ youth who had high support from their families had a lower attempted suicide rate, 11%, than those whose families offered only low or moderate support, 24%.

“Parents are their children’s best advocate, and they can reach out to local organizations such as PFLAG or GLSEN for additional help,” said Dr. Gandy.

“Because gendered behavior begins around 18-24 months, parents can sometimes notice a difference in their child’s assigned gender versus their gender expression very early. When this happens, parents should listen to their child’s feelings and allow them to express themselves however they feel most comfortable. Parents should not assume that their child is just acting out or looking for attention,” explained Dr. Gandy.

“Children need positive affirmations about their identity, even if it is changing or fluid,” she added.

“Due to the developmental changes that are normal at a young age, children may go through several iterations of gender identity before arriving at something that they stick with for a longer period of time. Regardless of what transpires, telling your child that they must conform to only one gender or another is not helpful for their identity development and leads to negative mental health consequences down the road.”
— Dr. Megan Gandy

Standing up for LGBTQ youth

“As parents and community leaders, we can do more to support LGBTQ+ students by showing up this fall to vote for pro-equality champions, voicing support for your local GSAs, and showing solidarity with the LGBTQ+ community at local school board meetings,” said Willingham-Jaggers.

“We can all do our share to create accepting environments where young people can feel secure sharing their identity and exploring who they are,” she concluded.