Thousands of hospital appointments across the United Kingdom have been canceled due to Queen Elizabeth’s funeral on September 19, 2022. Several National Health Service (NHS) trusts have urged all “non-urgent” appointments to be postponed due to the holiday. 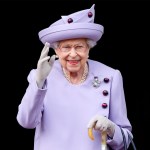 The Crown, who died in Balmoral, Scotland, on September 8th  at 96 years old, will have a state funeral with her final resting place being St. George’s Chapel at Windsor Castle.

Doctors at one London hospital were told: “The day of the State Funeral will be treated as a bank holiday so please go ahead and start rescheduling patients,” according to Open Democracy.

The canceled appointments and procedures that some patients have been waiting months for include hip and knee replacements, cataract surgery, maternity checks, and some cancer treatments, the outlet reported. A pregnant woman told OpenDemocracy she was placed on hold for four hours after trying to reschedule her fetal scan once it was canceled as a result of the monarch’s funeral.

“I’m really disappointed,” she said. “Yes, it’s a routine scan, but that’s another week or two until I’m seen and wondering whether my baby is healthy — which means quite a lot of anxiety, sitting and waiting.”

Bloomberg reported a letter sent to all NHS organizations from NHS England stating: “For patients with planned appointments that may be affected by the day of the funeral, please ensure they are informed in advance of any changes by [utilizing] direct patient communications.”

The cancellations come in the wake of King Charles III, the Queen’s oldest son and heir declaring on September 10, 2022, the date of his mother’s funeral will be a bank holiday, and the U.K. Schools and businesses will be closed in England, Scotland, Wales, and Northern Ireland.

Additionally, in the wake of the cancellations, the NHS waiting list for routine hospital visits was reported to be at 6.8 million patients in July.

Before you go, click here to see the 100 best photos of the royal family from the past 20 years.