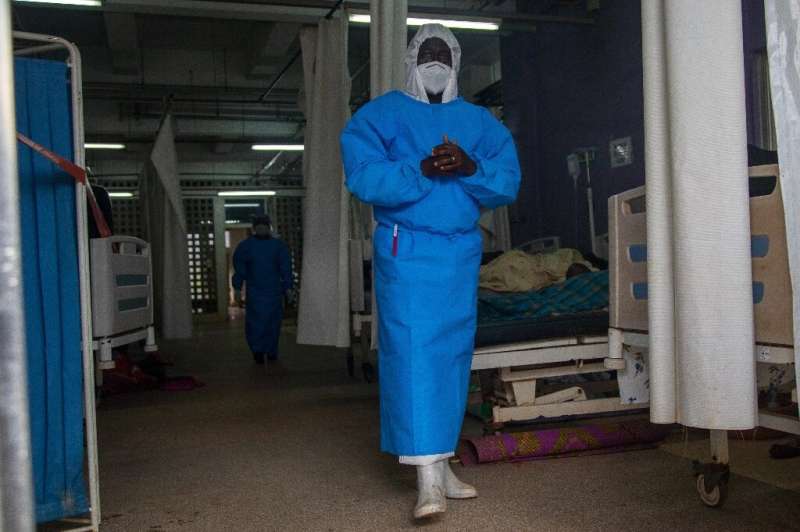 Uganda said on Monday it was expecting to declare an end to an Ebola virus outbreak that emerged late last year and has claimed the lives of at least 56 people.

If no new case is reported by Tuesday, the health ministry said it would formally announce the end of the outbreak on Wednesday.

According to the World Health Organization, an outbreak of the disease ends when there are no new cases for 42 consecutive days—twice the incubation period of Ebola.

Health ministry spokesman Emmanuel Ainebyoona said in an invitation to journalists that the “declaration ceremony” will take place in the central district of Mubende, the epicenter of the outbreak.

Since the Ugandan authorities declared the latest outbreak in Mubende on September 20, the East African nation has registered 142 confirmed cases and 56 deaths, with the disease spreading to the capital Kampala.

The last confirmed patient was discharged from hospital on November 30, according to health officials.

The outbreak has been caused by the Sudan strain of the virus, for which there is currently no vaccine.

But three candidate vaccines—one developed by Oxford University and the Jenner Institute in Britain, another from the Sabin Vaccine Institute in the United States, and a third from the International AIDS Vaccine Initiative (IAVI)—are being trialed in Uganda.

Ebola is an often fatal viral hemorrhagic fever. The disease is named after a river in Democratic Republic of Congo where it was discovered in 1976.

Human transmission is through body fluids, with the main symptoms being fever, vomiting, bleeding and diarrhea.

Outbreaks are difficult to contain, especially in urban environments.

People who are infected do not become contagious until symptoms appear, which is after an incubation period of between two and 21 days.

Uganda, which shares a porous border with the DRC, has experienced several Ebola outbreaks, most recently in 2019 when at least five people died.