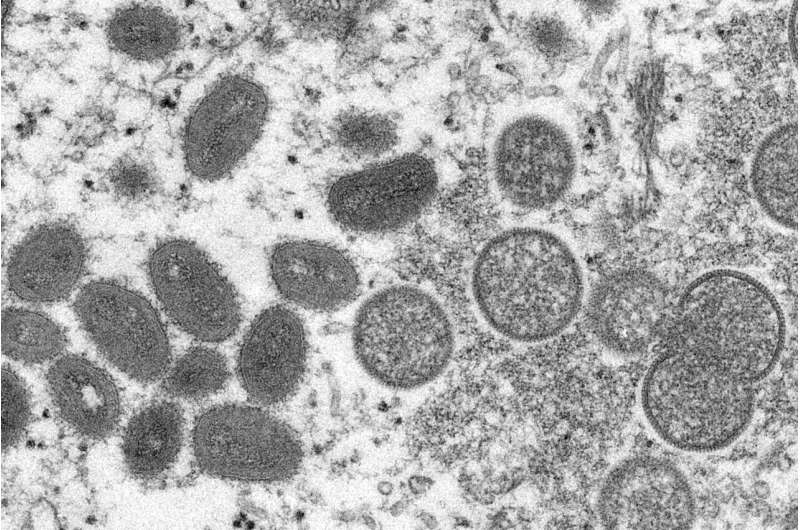 British has bought another 100,000 doses of vaccine to stop monkeypox as the number of cases across the country has risen to more than 2,130, the majority of them in London, officials said Tuesday.

Britain’s Health Security Agency said while the epidemic is expanding, the majority of cases “continue to be in gay, bisexual and other men who have sex with men, with the infection being passed on mainly through close contact between people in interconnected sexual networks.”

Scientists previously said there was no evidence of monkeypox spreading beyond those limited networks.

Monkeypox can infect anyone who has close, physical contact with an infected individual or the person’s clothing or bedsheets, regardless of sexual orientation.

Last month, British authorities expanded their vaccination strategy, offering vaccines not only to health workers treating monkeypox patients and high-risk contacts of patients, but to some men who are gay or bisexual and at high risk of catching the virus, including those with multiple sexual partners or who participate in group sex.

Officials also dropped a recommendation for the contacts of monkeypox cases to isolate for three weeks unless they have symptoms. The change was prompted by data showing that only a small number of contacts are ultimately sickened by monkeypox and a lack of evidence that the disease spreads without close, intimate or sexual contact.

However, health authorities urged people to remain vigilant for any signs of the disease, including a fever, headache or rash.

“Monkeypox is still a serious public health challenge, and we urge contacts to take a break from any activities or events involving skin to skin contact, including sex, hugging and kissing, to reduce the risk of the virus being passed on unknowingly,” said Dr Merav Kliner of the Health Security Agency.

The agency said it expected the first additional doses of vaccine to arrive this month, with the rest being delivered in September. The vaccine, made by Bavarian Nordic, was developed for smallpox, a related disease, and is thought to be about 85% effective against monkeypox.

Earlier this month, British scientists estimated the monkeypox outbreak was doubling about every two weeks, although many cases are likely being missed due to insufficient testing.

The disease has been endemic in parts of Central and West Africa for decades but had not been known to cause large outbreaks elsewhere until May. Since then, infections have been reported in nearly 70 countries, mostly in people without travel links to Africa.

Experts think the surge of cases across Europe was likely triggered by sex at raves in Belgium and Spain and that the disease was likely spreading undetected for months or years.