Introduction
What are CCD Devices?
Advantages and Disadvantages of CCD Sensors
Using CCDs in Medical and Life Sciences
Using CCDs to Capture Images of Cells
Summing Up
References

CCD (Charge-coupled Devices) are a technology used in optical microscopy to record images of organic and inorganic structures in fine detail. This article will discuss these devices and why they are advantageous for capturing images of biological cells. 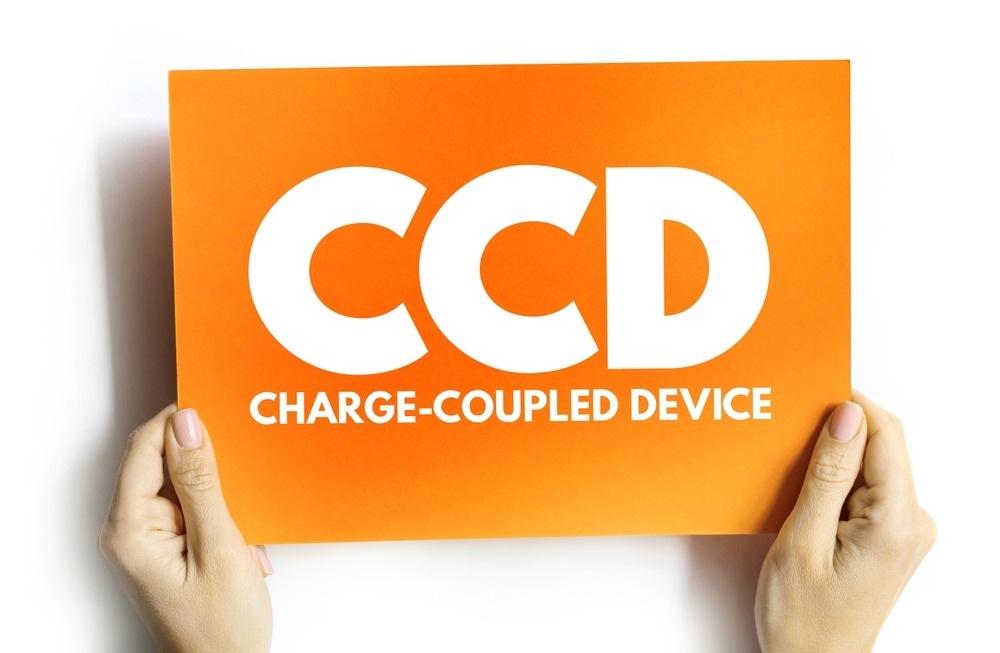 What are CCD Devices?

Invented in the 1960s, charge-coupled devices (CCDs) are integrated circuits that contain an array of linked capacitors. In digital imaging, electrical charge is transferred between neighboring capacitors under the control of an external circuit. CCD image sensors are not the only imaging capturing technology available to researchers, but they have become the most widely used tool in medical, professional, and scientific applications due to their advantages in capturing high-quality image data.

A CCD photon detector is a thin silicon wafer with an array of multiple (running into the thousands or millions) light-sensitive regions geometrically arranged regularly. These regions capture visual information in the form of a localized electrical charge which varies with the intensity of the incident light. The resulting, rapidly generated image, read as an intensity value at the corresponding image location, is formed from pixels. Information is then interpreted by software.

There are many commercially available CCD image sensor types on the market that are used for different applications. These include electron-multiplying CCDs, frame-transfer CCDs, intensified CCDs, and buried-channel CCDs. CCDs can capture light information outside the spectrum of visible light, including x-rays, UV, and near-IR. CCD chips can be designed to exhibit different spectral characteristics. The metal-oxide-supercapacitor is the basis of a CCD sensor.

Advantages and Disadvantages of CCD Sensors

Like any technology, there are several advantages and disadvantages to CCD sensors. Due to their disadvantages, CMOS sensors are increasingly replacing CCD sensors for certain applications, but CCD sensors still find use in medical and scientific research.

Advantages of CCD sensors include lower noise and higher sensitivity due to their higher fill factor, fewer defective pixels due to their simple structure, and better image homogeneity. Disadvantages include higher energy consumption, more blooming and smearing effects due to overexposure compared to CMOS sensors, slower readout, increased complexity of image sensing systems, and higher cost.

CCDs are a key technology in modern optical microscopy and imaging systems. They have significant applications in the life sciences and medical fields, providing sensitive, real-time imagery of delicate biological structures such as organs, tissues, and cells. Information can be captured by millions of pixels and interpreted by computer software to provide crystal-clear imagery at a level of detail not possible with analog imaging techniques.

Another key feature of CCDs that make them ideal for imaging biological structures is their ability to generate images of samples rapidly. This allows for the imaging of dynamic, living structures, meaning that biological processes and the structure of biological systems can be analyzed and interpreted by medical and life science researchers. 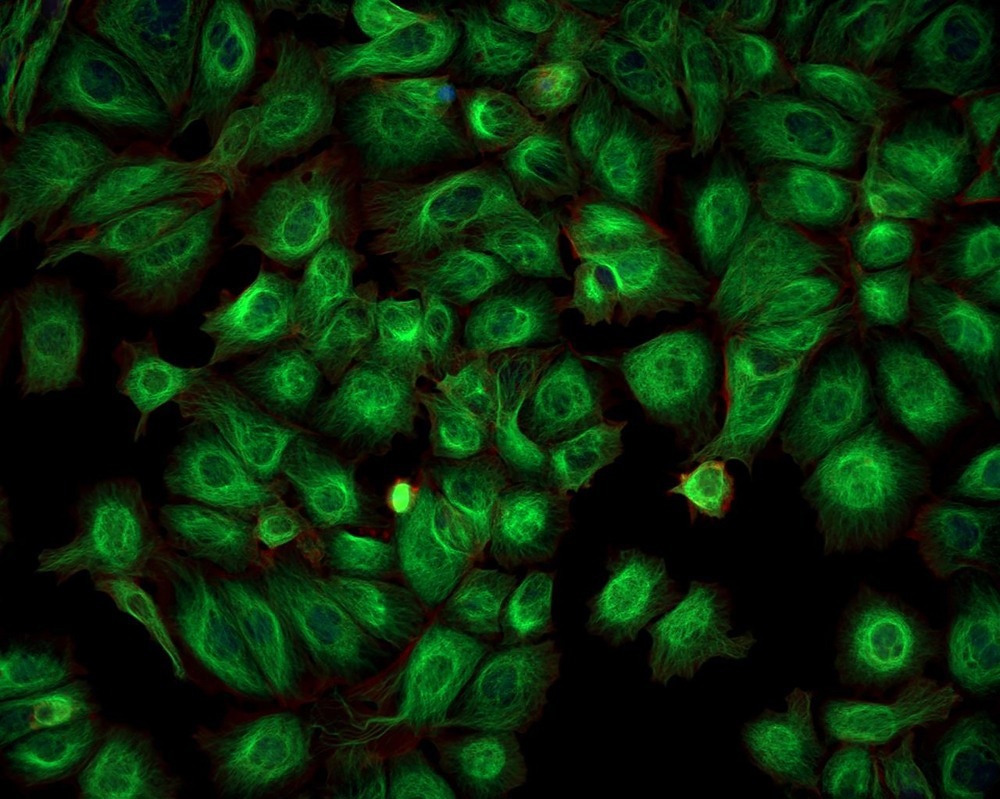 Cells are dynamic, living biological structures. Structures can be stained with fluorescent chemicals to image cells and provide information about the biochemical interactions that occur within them. Live cell fluorescent imaging requires a balance between acquiring high-quality images and avoiding overexposure to light, photobleaching, and phototoxicity. CCD image sensors are well-suited to this task.

Choosing the right device and considering its acquisition settings determine the quality of an image that can be captured of a fluorescent sample with a CCD imaging sensor. The high sensitivity and low noise inherent in a CCD camera are advantageous for fluorescent microscopy and live cell imaging. This allows them to capture the highest quality of information possible by detecting the optimal level of photons. Monochrome cameras are the best choice for capturing fluorescence as there is no color filter array. This allows more photons to reach the detector, improving image capture sensitivity.

In a CCD camera, black and white images are created of cells, but color filters can be placed over the pixels, which allows the reading of a single primary color – red, green, or blue – from each pixel. However, their frame rate and higher read noise limit their fluorescence imaging use.

EMCCD cameras are a variant of CCD sensors ideal for low-light imaging and single molecule fluorescence detection. These CCD sensors include an EM register that adds electrons to the sample and amplifies the signal before reading. EMCCD cameras are suited to applications that would normally be limited by read noise. However, EMCCD cameras tend to be larger and more expensive than other types of CCD cameras.

Furthermore, sCMOS sensors are increasingly used for their advantages over CCD cameras. In an sCMOS camera, each pixel is individually amplified by its own dedicated amplifier. These devices have a higher frame rate than CCD sensors and a lower read noise. sCMOS sensors have high resolution and a large field of view. They are typically used for high-end fluorescence imaging and can be used in conjunction with pixel binning in low-light environments.

CCD sensors have many uses, including machine vision, astronomy, food science, as well as life sciences, and medical applications. They can capture high-resolution images of live, dynamic cell systems, helping researchers to elucidate information that would otherwise be difficult to analyze with analog image capture systems. However, they do suffer from some limitations, which have led to them being replaced by cMOS sensors in some applications.

Reg Davey is a freelance copywriter and editor based in Nottingham in the United Kingdom. Writing for News Medical represents the coming together of various interests and fields he has been interested and involved in over the years, including Microbiology, Biomedical Sciences, and Environmental Science.