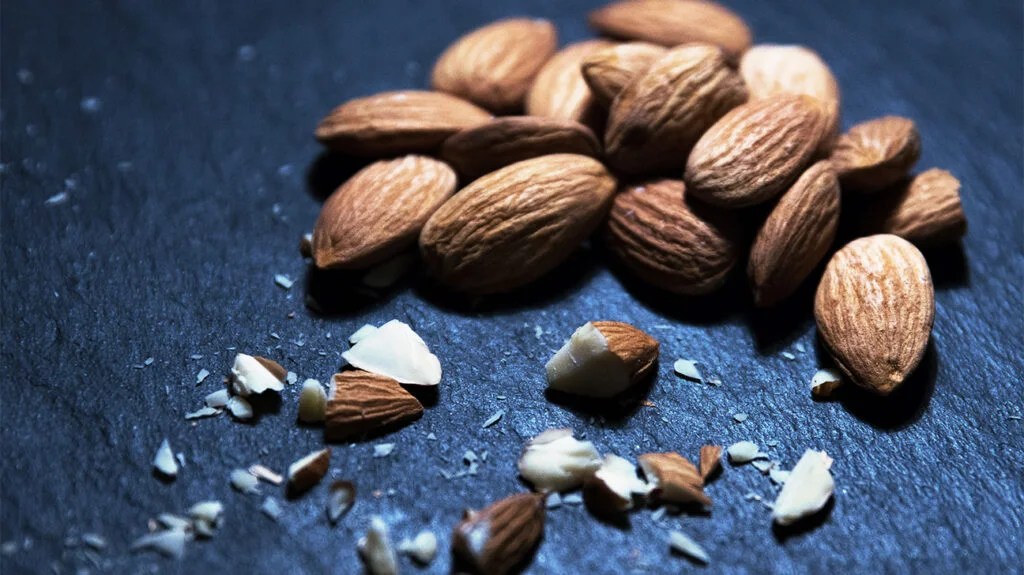 Almonds are well-known for their health benefits since they’re packed with protein and rich in healthy fats. They may also promote satiety, which could help curb hunger and promote healthy weight management.

New research from the University of South Australia (UniSA) shows that people who ate almonds had improved levels of appetite-regulating hormones compared to those consuming a carbohydrate-rich snack bar.

But the almond snack was no better than the snack bar regarding participants’ reported hunger levels or the amount of energy they consumed at a buffet 2 hours later.

The study, which was funded by the Almond Board of California, was recently published in the European Journal of Nutrition.

Measuring the satiating effect of almonds

For the study, researchers measured participants’ energy intake in kilojoules(kJ) — 1 calorie is equivalent to 4 kilojoules.

The study involved 140 adults ages 25 to 65 with obesity and overweight.

After fasting overnight, participants were randomly allocated a snack, with 68 people being given almonds and the other 72 receiving a calorically similar carbohydrate-rich snack bar.

The researchers then offered 97 of the participants an all-you-can-eat-style buffet, during which their caloric intake was assessed. Of these people, 49 had consumed almonds, and 48 had snack bars.

The participants were given 30 minutes to eat all they wanted and were immediately asked about their appetites.

Researchers found no significant difference in the number of calories consumed at the buffet between those who snacked on almonds and those who had a carbohydrate-rich snack bar.

Almonds had no impact on short-term energy consumption

Obesity is linked to an array of serious health outcomes, from stroke to heart disease, type 2 diabetes, and certain forms of cancer.

As such, health and nutrition experts are eager to find effective strategies to help people consume fewer calories.

But the current study did not demonstrate that almonds had a significant impact on short-term energy consumption compared to a carbohydrate-high snack bar.

The study shows that the almond snack had an effect on various hunger hormones.

C-peptide responses were reduced by 47% in the almond group. This hormone mirrors the insulin level produced by the pancreas, and lower levels may increase insulin sensitivity, making the development of diabetes and cardiovascular disease (CVD) less likely.

For instance, satiety-inducing glucagon levels rose by 39%. Pancreatic polypeptide responses that slow digestion and thus food consumption went up by 45%. And levels of glucose-dependent insulinotropic polypeptide, which regulates a person’s weight and food intake, increased by 18%.

This is not unique to almonds, as previous research has found consuming walnuts or pistachios produces similar results on appetite-regulating hormones.

But study participants did not report feeling consciously less hungry, though the authors say this is not surprising.

“Only a handful of studies have previously tested the role of nut consumption in appetite control. Two recent studies with walnuts and pistachios have reported similar findings to our work. However, not all studies have reported the beneficial effects of nut consumption on appetite-regulating hormones with different responses, possibly due to differences in study design and the health status of participants in trials.”

The study also points out that people with overweight or obesity may develop resistance to appetite-regulating hormones, resulting in a “misalignment” between hormonal signals and perception.

Appetite is complex, and the discrepancy in the study’s findings underlines the need to look at hormone levels and other factors that determine hunger levels and what people ultimately choose to eat.

When consumed in moderation, almonds are a nutrient-dense source of healthy fat and are unlikely to cause weight gain.

In fact, a 2021 meta-analysis of seven unique prospective cohorts and 86 randomized-controlled trials suggests that nut consumption is unlikely to contribute to adipose fat or weight gain.

The authors wrote that “higher nut intake was associated with reductions in body weight and body fat.”

“Almonds are rich in healthy fats and fiber and are a source of plant-based protein that may help us to feel fuller for longer. When we consume whole almonds, we only absorb around 60% of the calories they contain due to their unique physicochemical properties.”

While this study did not find that almonds helped people feel fuller for longer or eat less, nuts — not just almonds —remain a valuable source of nutrition.

As Dr. Coates highlighted, regular nut intake is “recommended within national dietary guidelines around the world because of their nutrient contribution to the diet and reported health benefits.”