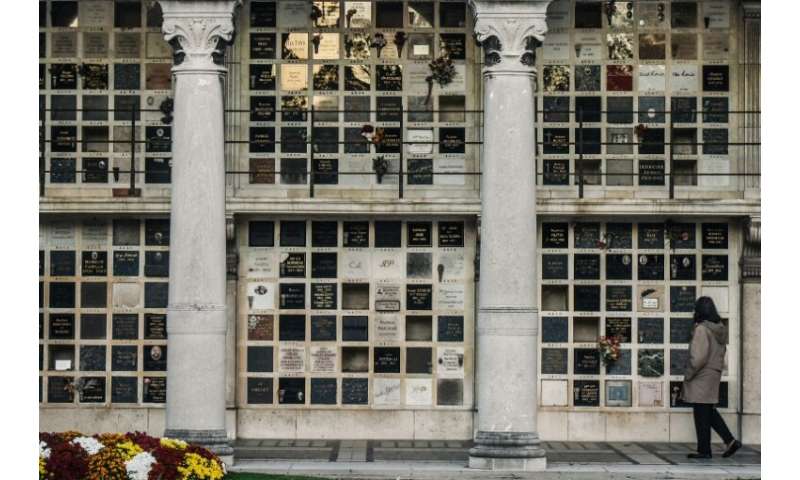 In late 2017, a 69-year-old American man who had just received a lutetium 177-based radiation treatment for his pancreatic cancer died. Five days later, his remains were cremated.

Nelson learned of the man’s death with a bit of a delay, as he had died in another hospital.

In Florida, where Nelson had worked before, cremating human remains contaminated with radioactive substances was illegal. But was it illegal in Arizona?

No, it turns out. There is no law on the books on the issue, Nelson was told by the southwestern state’s bureau of radiation control.

That office’s experts decided nevertheless to measure radiation levels at the crematorium, with Nelson in tow.

“It was just happenchance” that Nelson had confronted a similar situation before, he told AFP. Another doctor might not have even thought about it.

A Geiger-Mueller counter was put in contact with the cremation unit, a vacuum filter and a bone crusher: trace amounts of lutetium were detected.

No similar traces of lutetium were found… but faint traces of another radioactive substance, technetium 99—widely used by hospitals for diagnostic testing—appeared.

The crematorium worker likely was contaminated by inhaling technetium when the remains of another patient were incinerated. At a high temperature, the molecules would have vaporized in the air.

The case is described in a research letter published Tuesday in the Journal of the American Medical Association (JAMA) by Nelson and his colleague Nathan Yu, a resident physician in the radiation oncology department at the Mayo Clinic Arizona.

“This is the first time that contamination of facilities has been documented,” Yu told AFP.

“We’re very confident in saying that it’s unlikely the crematory operator who picked up this radiation had anything close to the general public limit” set by the Nuclear Regulatory Commission (NRC), he added.

Before incinerating human remains, crematoriums remove pacemakers, defibrillators and any other implanted apparatus that might explode.

But most US states seem not to have addressed the thorny issue of radioactive substances in corpses.

On the federal level, an NRC spokesman told AFP that existing regulations covering patients treated with radioactive substances extend to cremation and autopsy.

But the NRC does not technically regulate the business of cremation services. So for the regulations to work, hospitals must inform crematoriums of any potential risk of exposure.

“It’s not something that is widely known or thought about,” Yu admitted.

In the case examined, the employee was exposed to a non-dangerous dose of radiation.

But there are many other radiopharmaceuticals, which become volatile at varying temperatures, have varying half-lives and are administered in varying doses, and the results could be far different, Yu said.

Forty million treatments and exams using radioactive medicine were carried out worldwide in 2006, doctors say, citing the most recent available data. They are calling for better ways to evaluate the risk.

The National Funeral Directors Association told AFP they were unaware of the most recent case until recently but noted it supported “further study of this issue.”

The association also said it welcomes recommendations on better protecting crematory staff and the public at large, including by “evaluating radioactivity in deceased patients prior to cremation.”

In Virginia, the head of the office of radiological health told AFP that there are no health regulations on the books as cremation facilities are not licensed users of radioactive materials.

In Maryland, the head of the state board of morticians, Lynn Newman, admitted his surprise at the idea that members of his profession could be at risk of contamination.