Will Bayley, 31, is the definition of a role model. He is currently ranked world number one in the Paralympic table tennis tables. It has been a long and eventful journey to get to this point. He has overcome cancer and was born with a condition called arthrogryposis – what is it?

It may be unable to fully or partially extend or bend

Arthrogryposis is a condition whereby a child is born with joint contractures.

According to Johns Hopkins Medicine, it describes a variety of conditions involving multiple joint contractures (or stiffness).

“A contracture is a condition where the range of motion of a joint is limited.

“It may be unable to fully or partially extend or bend.”

The Paralympian’s condition affects all four of his limbs. 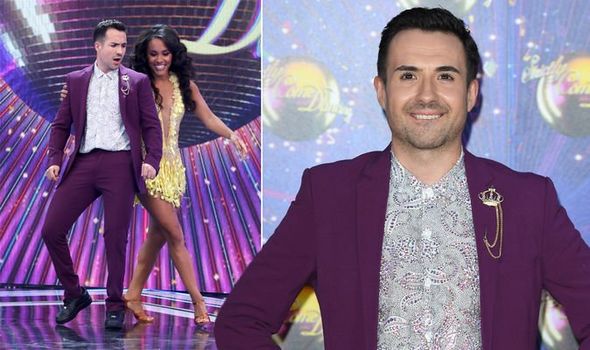 What are the symptoms?

Symptoms in patients with arthrogryposis can vary greatly. In most cases, both the arms and legs are involved, noted Johns Hopkins Medicine.

“Muscle contractures of joints commonly take place in the wrist, hand, elbow and shoulder on either side of the body,” noted the health site.

“There is also muscle weakness throughout the body. Spine curvature may develop in some patients.”

Bayley is currently competing in Strictly Come Dancing. Commenting on her dance partner’s condition, dancer Janette Manrara, who appeared on It Takes Two with him today, said that he had managed to adapt so much to the dances that she often forgot about his disability.

Asked by host Zoe Ball whether she tailored her training for his disability, she said: “I always try to showcase their strengths and I think Will has so many strengths.”

Bayley added: “I thought someone would be softer on me in the training hall because they might be, ‘Oh Will’… but she’s the opposite! We were doing lifts today and I kept falling over and she was like, ‘It’s your core! Use your core!’”

Bayley revealed how his shoes had been adapted to support his disability: “They’re built up on the side because I always go over on the side of my foot […] so it keeps me straight.”

How to treat it

According to John Hopkins Medicine, while there is no cure for arthrogryposis, there are nonoperative and operative methods aimed to improve range of motion and function at the sites of contracture.

Occupational and physical therapy is the first course of treatment to improve range of motion, noted the health body.

Children who develop elbow, wrist and or hand flexion contractures and find that the condition doesn’t improve with occupational and physical therapy may benefit from orthopaedic surgery to improve range of motion, explained the health site.