A 20st woman was spurned by men who told her she “wasn’t attractive”.

Jen Wood was mortified when blokes ridiculed and ghosted her after meeting up.

So in a bid to go from “chubba to hubba hubba”, the super-slimmer decided to re-vamp her lifestyle.

She’s since shed an impressive 5st – and now she has no problem finding a date.

Jen, from Oldham, began battling with her weight after leaving school.

She revealed: “I lived with my mum and dad, so I’d start the day with toast and cereal at home then get to work and have a fry-up in the office canteen.

“I was having double breakfasts almost every day, then at lunchtime I’d go to the chippy and have whatever was their special that day … pies, pasties, anything they’d baked, with a portion of chips.

“They did cake and custard at the chippy too so I’d have that as well, and we had a charity office tuck shop full of chocolate and crisps so there was literally bad food on tap all the time.” 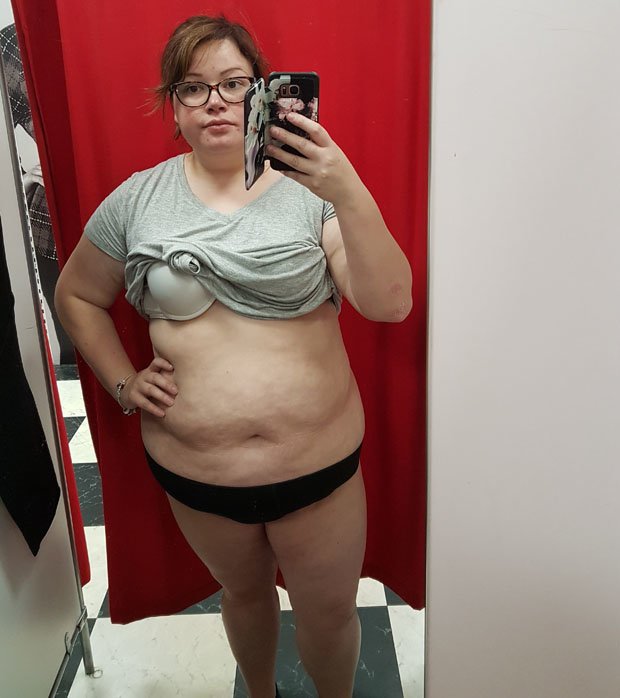 Unsurprisingly, these fat-filled meals soon started having an affect on Jen’s size.

When she ballooned to 20st, her confidence hit rock bottom as she struggled to find a date.

The slimmer remembered: “People were mean about my weight and I had no confidence.

“I didn’t even start (dating) until I was about 25 but when I did, I had some really awful comments.

“They’d say things like, ‘you’ve got a brilliant face but I just don’t find you attractive’ or ‘your personality’s mint but you’re not the sort of girl I’d go for. 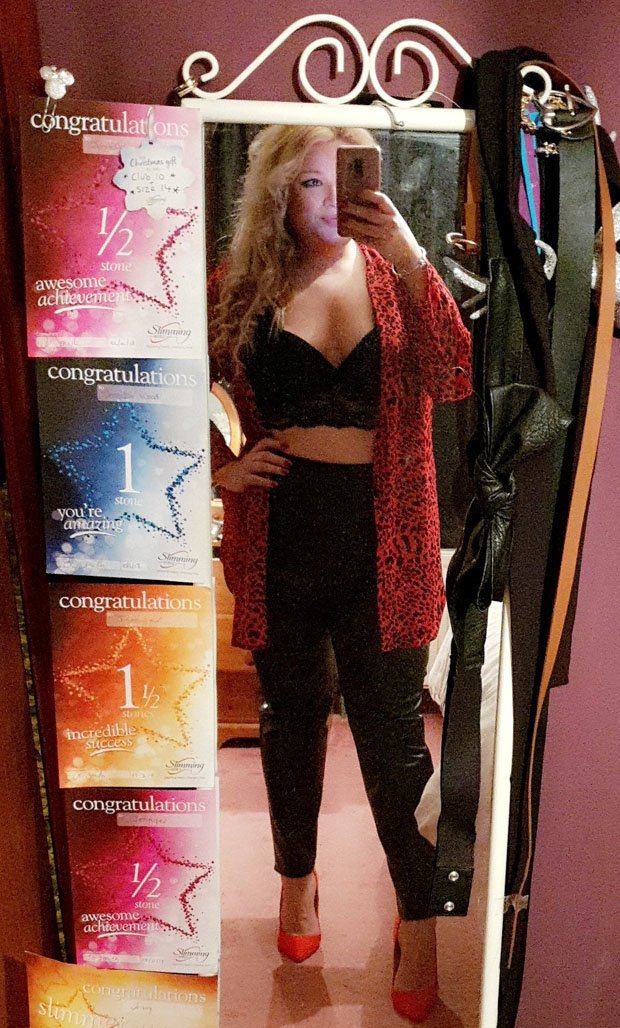 The turning point came for Jen when she had just broken up with a boyfriend and went clothes shopping to cheer herself up.

She admitted: “I ended up having an absolute breakdown in the changing rooms in Matalan because I just picked up what my normal size was and nothing would fit.

“That was when I thought, how have I let myself get like this?

“I felt so awful, I actually took a photo of myself standing there, red-eyed from crying, in the changing rooms to remind myself that I never wanted to be in that position again.”

Determined to get her mojo back, Jen embarked on a healthy eating plan and lost two stone.

In 2017, Jen joined Slimming World in the hope of shifting even more weight.

She replaced fried food with protein-filled salads and home-crooked meals.

The super-slimmer has since shed 5st and dropped down from a size 22 to a 14.

Jen is much more body positive nowadays – and she certainly isn’t short of male attention.

The dieter said: “I feel great, and my whole attitude is completely different now.

“One of the girls at work said to me she’s noticed when I used to come in I’d always have my head down and just give a little wave whereas now I’m always full of energy and chatting away.

“I do still dabble on Tinder and it’s been fascinating to see how men’s reactions to me have changed, as I’ve lost weight and gone from the fat brunette with really low self-confidence to a slimmer blonde version.

“I get so much more attention and there are guys who don’t even follow me who like my posts, but I don’t need that validation anymore, I’m just content to be me.

“When the dating didn’t go well, or somebody said something horrible, I’d cry and it’d ruin my day.

“I always thought it was me who wasn’t good enough.

“Now I just shrug it off and think, I know what I’m bringing to the table so if you don’t want it, see you later!”