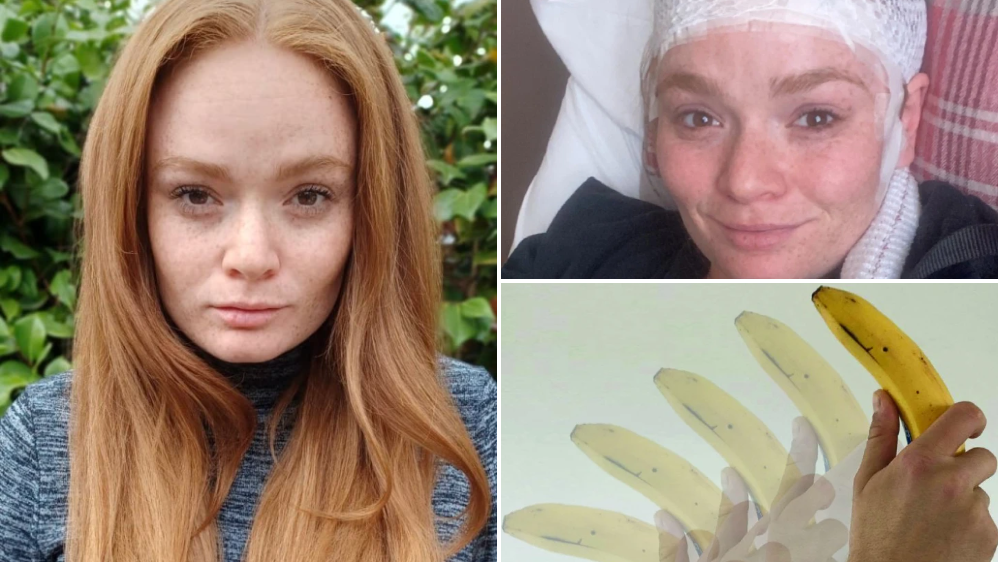 ‘It’s quite hard because I’m so bubbly and energetic, but most of the time now I’m actually in bed,’ explains 27-year-old Emilyjane Vernau, from Tillingham.

Almost a decade ago her life was turned upside down when she was diagnosed with epilepsy.

She adds: ‘I don’t think people understand the dangers of epilepsy, because it’s actually a deadly illness – people think it’s just seizures. Although it’s scary to witness a seizure, they don’t realise what it’s doing to brain cells and the body – and people actually die from epilepsy every day.

‘Epilepsy is not just seizures, or a silly thing, it’s something that can cause other life-long conditions.’

Emilyjane was diagnosed with epilepsy when she was almost 20, after her partner noticed she was having seizures during the night – leaving her with sore muscles in the morning and frequently unable to work the next day.

After getting an epilepsy diagnosis, Emilyjane was told she wouldn’t be able to continue working as a lifeguard and first responder.

The next two years she trialled around six or seven different medications to find the right one to stop her seizures and began to pursue a career as an actress.

However, Emilyjane soon starting experiencing unsettling focal seizures – where she would see multiple of the same thing.

She recalls the first time this happened, saying: ‘I was in my shed sitting in my chair talking and I suddenly saw three or four of whatever I was looking at – so my vision just tripled.

‘Then I just burst into tears because I thought I was going blind. This had never happened to me before. I had no idea what was going on. I was absolutely terrified. It was about 10 or 15 minutes, and then it cleared up. Then the next week, it happened again.

‘For around a year, around two days in the week I had these episodes for 15 to 20 minutes.’

But these episodes slowly started to progress to last multiple weeks at a time.

Two years on and Emilyjane is now practically bed-bound because she experiences these focal seizures every single day.

‘I’ve walked into the road and in front of cars. I’ve fallen up and down the stairs. I’ve bumped into people because I don’t know which one’s which – because there’s seven or eight people.

‘It’s awful. But I’m trying to laugh about it because I’m such a happy person. Well, I was. I have a cry every day but then I’m just right way back to it. Back to life.

‘I think it just shows there are so many different types of epilepsy, because I had never heard of it before.’

It just shows there are so many different types of epilepsy

As a result of these focal seizures, the 27-year-old has been forced to put her acting career on hold.

She is also now dealing with the physical consequences of epilepsy and seizures – including kidney problems and chronic fatigue syndrome. Not to mention the huge emotional impact the condition has had on her mental health.

‘My mental health is absolutely rock bottom because of this,’ she says. ‘And this basically all started from stress – my epilepsy was caused by stress.’

Emilyjane explains that her epilepsy was initially brought on by stress and PTSD from extreme bullying that she experienced during her younger years.

‘Every single day in school I was bullied for having ginger hair – and it was actually by my friends as well,’ she continues.

‘I would get it every day for around four years, and I actually left to be homeschooled because I just couldn’t take it any more.

‘I was told to kill myself and that “gingers shouldn’t exist” or “they’re ugly” or “there’s nothing here for a ginger, so you may as well kill yourself” – and this was from my “friend.”

‘The epilepsy was caused by the stress. I think it was PTSD from all of the bullying.’

Emilyjane is now regularly undergoing tests at St Bart’s – with both neurologists and neurosurgeons trying and get to the bottom of her condition, what’s causing it, and how it can be treated.

Despite these daily challenges the 27-year-old actress stresses she’s trying to stay positive and is taking one day at a time.

Emilyjane only hopes her story will help shed light on epilepsy and its multifaceted nature.

‘I would love to raise awareness for bullying as well,’ she adds.

‘Last year I was 26 and I was in a mental health unit because of bullying that happened when I was 11-15. That’s initially what caused epilepsy and that epilepsy has caused two careers to go down the drain: first responding and pool management. It’s literally taken my life away.’

But she hopes it will encourage others to take epilepsy – and its repercussions – more seriously, and to be more aware of it in daily life.

‘I honestly have no words for how much it really takes everything away,’ she adds.

‘It’s so important for people to just take an hour out of their day, out of their entire life, to just learn a little bit about epilepsy to know what to do if someone has a seizure – just an hour.

‘You will remember what you’ve learned for the rest of your life.

‘You can help so many people because – some people may just drop and some people may pass out and then have seizures – but you’ll know what to do if you just simply have one hour of learning.’

Emilyjane is sharing more of her story on Instagram (@emilyjanevernau1) – where she posts about her own journey, gives advice and helps people with their epilepsy.

In the future, she would love to be an inspirational speaker on the topic, too.

Epilepsy Action offer plenty of resources and information on epilepsy.