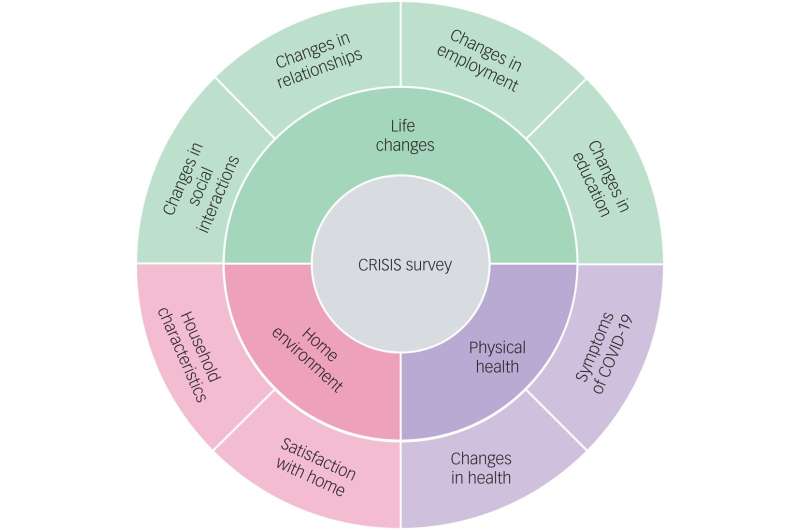 New research from the Institute of Psychiatry, Psychology & Neuroscience (IoPPN) at King’s College London and the Department of Psychology, at Royal Holloway, University of London, has found that, on average, the mental health of young adults in England and Wales demonstrated remarkable resilience against the effects of the pandemic and ensuing lockdown.

The research, published in BJPsych Open, found that after an initial dip in average levels of mental health at the beginning of lockdown, young adults’ mental health then returned to pre-pandemic levels and remained resilient for the rest of the measured period. However, those with pre-existing mental illness were disproportionately negatively affected.

During the two-year period that data was collected, the most significant change identified took place during the first month after lockdown was introduced, which saw modest and temporary increases in feelings of anxiety and hyperactivity, while prosocial behavior (actions that provide a benefit to others) decreased significantly.

While responses indicated that people’s anxiety persisted during the two-year period, levels of hyperactivity returned to normal levels within 4–11 months of the lockdown being introduced.

“Despite there being a widely held belief that the pandemic would have catastrophic effects on young people’s mental health, our study has found that the negative effects of lockdown were only modest for the large majority of people. The short-term effects that we observed—increased anxiety and hyperactivity—are largely understandable given the severe limitations placed on people,” says Dr. Kaili Rimfeld, the study’s lead author from the Department of Psychology at Royal Holloway.

While the study found that many young adults remained largely resilient in the face of the pandemic, those that reported pre-existing psychological conditions were more severely affected. However, as with the wider group, most of these effects were confined to one month after lockdown, and mental health generally returned to pre-pandemic levels as the COVID-19 crisis wore on.

Professor Robert Plomin, professor of behavioral genetics at King’s IoPPN and the study’s senior author said, “The introduction of lockdown brought with it an immense amount of uncertainty as health services that were generally face to face had to quickly establish a way of working online that could continue to deliver care. This period of uncertainty is one of the potential reasons as to why people with pre-existing conditions were disproportionately adversely affected.”

Dr. Rimfeld concludes, “This study speaks to the resilience of young people, whose lives were highly disrupted socially and economically by the crisis. The results should help to inform preventative measures for any future crises so that at risk groups are supported at all times.”