On Tuesday, The New York Times quoted experts expressing concern about the continued threat of the Zika virus in other parts of the world, including South America and possibly Africa. While the number of cases has drastically decreased since the peak of 2016, there were almost 20,000 new infections in Brazil last year, which became the center of coverage of the virus. “Zika has completely fallen off the radar, but the lack of media attention doesn’t mean it’s disappeared,” one doctor told the Times. Said another: “The next outbreak is not a matter of if, but when.”

The below explainer on Zika was originally published on Jan. 27, 2016.

As the number of imported Zika virus cases has made headlines in the U.S. — and caused concern and confusion about the birth defect microcephaly — here’s what you should know during the bustle of international travel and the peak of summer when the mosquito population rises.

For more on the virus, visit the Centers for Disease Control and Prevention.

How do I know if I have Zika?

Zika, a flavivirus that falls under the same category as West Nile, causes only mild symptoms — at worst — in most people. Four out of five people won’t develop symptoms, but those that do will experience fever, rash, joint pain and irritated red eyes for no longer than a week. It’s the birth defects that can occur from Zika, such as microcephaly, which prompted health officials to describe the virus in April 2016 as “scarier than we initially thought.” Guillain-Barré syndrome, a rare disorder in which the immune system attacks nerves and can paralyze the body, has also been linked to Zika.

Can I get tested?

Generally only pregnant women or travelers with symptoms will be tested by their doctors. The exception, according to the CDC, is pregnant women who have traveled to one of the countries where Zika has spread — all who fall under that category should seek immediate testing, which must be performed at a medical facility. There is no vaccine.

Who is most at risk and how does Zika spread?

Pregnant women who live in (or have traveled to) areas with heavy Zika infestation are at the highest risk. Like its sister virus West Nile, Zika is most often transmitted through mosquitoes, specifically the Aedes aegypti mosquito. A mosquito bites an individual with an active infection and then spreads the virus to others. Those bitten become carriers. The CDC maintains a map of countries where Zika has been documented.

Zika can also be transmitted through sex. The reported cases in the United States have largely been documented as people who had traveled to countries with Zika outbreaks or were contracted through sex partners, rather than through mosquitoes.

What is the microcephaly connection?

Unlike other flaviviridae, Zika can be transmitted to fetuses through a pregnant woman’s amniotic fluid. Health officials have linked it to microcephaly, a neurological disorder that leads to babies being born with much smaller than normal heads. This can lead to problems with development and in some cases even death. Thousands of confirmed and suspected Brazilian cases of microcephaly were linked with the Zika virus, Brazilian officials said in 2016. However, the link is not absolute: Some women with Zika give birth to babies with microcephaly while others do not. And there is currently no vaccine or cure — more on that below.

Why is there no treatment?

For years scientists believed Zika to be essentially benign and not worth the costs to investigate and research further. Per the Times, efforts to create a vaccine are ongoing but have not yet been successful. “The need for a drug is less compelling than the need for a vaccine,” Dr. Anthony Fauci, director of the National Institute of Allergy and Infectious Diseases at the National Institutes of Health, told TIME in 2016. “Since Zika is an infection that in most people is usually gone within a few days, it may be tough to have a major impact with a drug as opposed to prevention, with a vaccine.”

How can I protect myself?

Cover up and bug spray, though obvious, are extremely important deterrents. After all, the best way not to get Zika is to avoid mosquito bites. The CDC suggests wearing long-sleeve shirts and long pants and taking measures to control mosquitoes outside your home. Insect repellent should include either DEET, picaridin, IR3535, lemon eucalyptus oil or para-menthane-diol. There are many EPA-approved sprays deemed safe for pregnant women. For more information on how to stay away from mosquitoes, click here.

Some countries suggest women put off pregnancy (El Salvador suggests waiting two years) but the CDC has not issued an advisory for the United States. “I think everyone would agree that this is a decision for the woman and her partner to make with their doctor and not for government officials,” Dr. Tom Frieden, then the CDC director, told TIME in 2016. 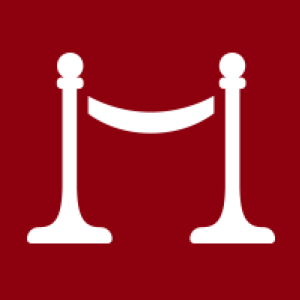