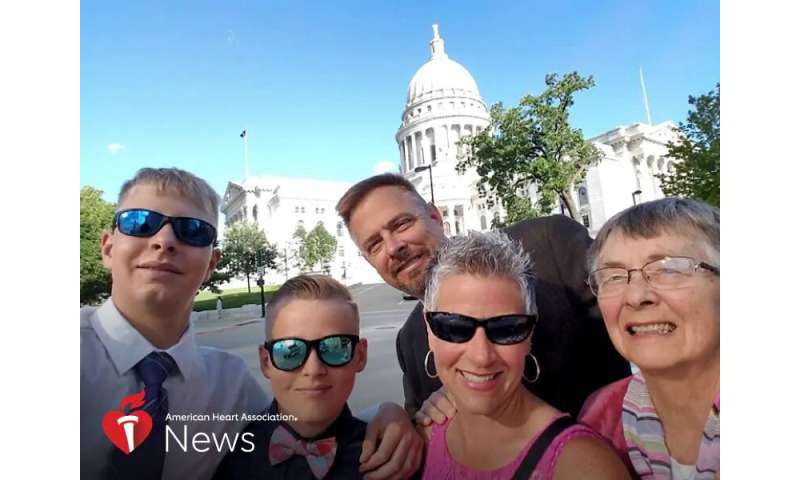 Carl Korfmacher was 9 years old when his father, Ron, returned from the Mayo Clinic for a checkup in the early 1970s.

Though he was lean and seemed fit, his father had been experiencing chest pains and coughing. His cholesterol was high. Plus, he was a heavy smoker. As he arrived home that day, July Fourth, his 37th birthday, Ron Korfmacher assured his family everything was going to be fine.

The next day, at his belated birthday celebration, amid the sound of firecrackers, he fell over at a picnic table. He struggled to breathe. Then, he died of a heart attack.

The man young Carl so looked up to was gone. He was buried a few days later, on Carl’s 10th birthday.

“He was a very wonderful and unique individual,” Carl recalled. “They couldn’t believe that a man that young could have heart disease.”

A few months later, Carl’s mother, Louise, had her children’s cholesterol checked. It was a wise decision. He and his brothers had elevated cholesterol levels, like their father.

Cholesterol is a waxy substance in the blood that can build up in arteries and lead to atherosclerosis, or narrowing of the arteries, which can eventually result in a heart attack or stroke. Other factors, such as high blood pressure, diabetes and smoking, compound the risk.

Cholesterol-lowering medicine wasn’t readily available then, so Louise made sure the family adhered to a healthy diet aimed at combatting high cholesterol.

“She was pretty adamant and very careful,” Carl said. They ate very little red meat, used egg substitutes and drank dehydrated skim milk because that’s what was available. “We hated that!”

But he would come to cherish his mother’s insistence on safeguarding their health.

About 20 years ago, Carl began taking statin drugs, a type of cholesterol-lowering medication that can help reduce the risk of heart attack and stroke. At the time, his overall cholesterol was around 270 to 280 mg/dL (milligrams per deciliter) and his ratios of HDL, or “good” cholesterol, and LDL, or “bad cholesterol,” weren’t in a desirable range.

A variety of studies have suggested the optimal level of LDL in adults is less than 100 mg/dL. Recent research has found that those with LDL of 160 or higher, even with no history of heart disease or diabetes, had a 70% to 90% higher risk of dying from cardiovascular disease compared with those who had LDL below 100.

If there’s a family history of early heart disease or high cholesterol, children can reasonably be screened as young as age 2, with a repeat screening every three to five years, said de Ferranti, a member of the committee that wrote the cholesterol guidelines issued by the American College of Cardiology and American Heart Association. If a child has other cardiovascular risk factors, such as hypertension, obesity or diabetes, that can potentially prompt a cholesterol check, she said.

For otherwise healthy children without a concerning family history, it may be reasonable to do routine screening between ages 9 and 11 and again between 17 and 21.

At the urging of his mother, Carl’s two sons underwent cholesterol screening during routine physicals when they were younger. They, too, had elevated cholesterol levels.

Doctors diagnosed Carl and his boys with familial hypercholesterolemia, an inherited condition of high cholesterol associated with a significant increased risk of early heart attack.

Today, Carl, 55, and his sons Henry, 18, and Owin, 14, keep their cholesterol under control through statins, a healthy diet and exercise. His wife, Krista, stays active, too, encouraging physical activity as a family way of life.

“I think we’re a good example for our boys,” said Carl, who lives with his family in Evansville, Wisconsin. “As parents, we try to instill it as a culture: We are not obese people. We work out. We are exercisers. That’s who we are.”