When Jerry Bilinski, a 67-year-old retired social worker, scheduled cataract surgery with Carolina Eye Associates near his home in Fayetteville, North Carolina, he expected no drama, just a future with better vision.

Cataract procedures are among the most common surgeries in the U.S. — nearly 4 million take place annually — and generally take about 30 minutes under light sedation. At the same time, the surgeon scheduled the placement of a little stent inside Bilinski’s eye to relieve pressure from his diabetes-related glaucoma, also a routine procedure to preserve his eyesight.

Bilinski recalled being sedated during the surgery in May and hearing a nurse anesthetist ask him whether he felt any pain. Bilinski said no — only some pressure on the right side of his head. He said the nurse anesthetist responded that he would increase the sedation. Despite being under anesthesia, Bilinski knew something was wrong.

“The next thing I know there’s some sort of commotion going on, and I hear the doctor yelling at me, ‘Don’t move! Stay still!’ — yelling in my ear,” Bilinski said. “And then I hear the doctor say, ‘What’s that cut on his head?’”

It was a small abrasion — nothing serious, he said — but it went unmentioned by the staff. At home, he took a nap and awoke to blood on his pillow. Memories of the incident came flooding back.

His doctor mentioned nothing about the incident at his post-operative appointment, so Bilinski brought it up. “I said, ‘You know, doctor, I just have some questions for you because I have some memories of some things happening there,’” he said. “And at that point, I think she probably knew the jig was up and said, ‘Yeah, we had a little incident. You had a little adverse impact from the anesthesia.’”

The surgery was a success, and the cut on his forehead healed. But Bilinski wanted to know more about his reaction to the sedation. Later, when he got his medical records, they said the surgery had “no complications.”

“They hid it,” Bilinski said.

Then the bill came.

The Patient: Jerry Bilinski, 67, a retiree who has traditional Medicare and a supplemental Medicare plan through UnitedHealthcare.

Medical Service: Cataract removal and replacement of a lens, plus insertion of a Hydrus Microstent device to treat glaucoma.

What Gives: Professional standards of care dictate that medical providers inform patients about injuries that happen during surgery. But what should happen next — whether that’s an apology or an offer to waive some portion of the bill — is an open question in the U.S. health care system. Another question: If the injury requires treatment — if, for example, Bilinski’s cut had needed stitches (it didn’t) — who should foot the bill? 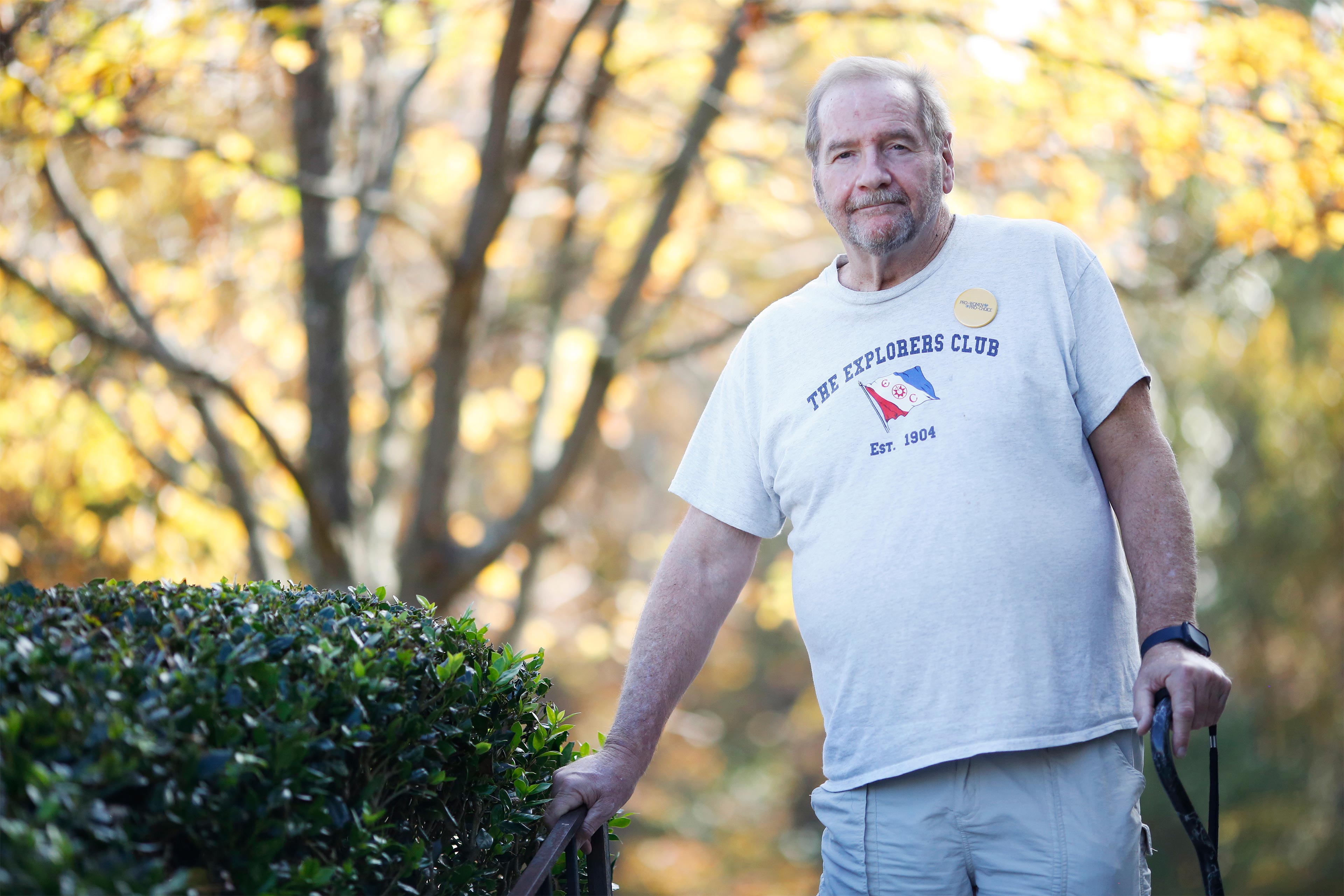 T.J. McCaskill, chief operating officer for Carolina Eye Associates, declined an interview request, citing federal and state patient privacy laws, even though Bilinski gave permission for the details of his medical case to be released to a reporter. Millender, the doctor, did not return a reporter’s messages.

When patients experience adverse reactions during treatment, they are generally expected to pay the cost of bringing themselves back to good health. That might make sense if the reaction — such as an allergic reaction to a new antibiotic — could not have been anticipated. But what if the injuries are the result of negligence, carelessness, or a medical mishap (after all, providers are human and accidents happen)?

After reviewing details about Bilinski’s case, Arthur Caplan, a professor of bioethics at New York University’s Grossman School of Medicine in New York City, said he found the injury bizarre. He said he couldn’t understand why an adverse reaction to anesthesia would lead to a bloody forehead.

“That gash is pretty weird,” Caplan said. “If someone asked me to pay a bill on this, I would have said ‘no’ until we get this resolved.”

Caplan said a case like Bilinski’s would be unlikely to pose a legal risk for the provider; most attorneys will not accept a case in which any damage awards are likely to be small.

In some cases, doctors and medical offices do voluntarily give rebates to patients injured during treatment, Caplan said. A patient who experienced an infection at the site of an IV, for example, and needed a few extra days in the hospital for antibiotics might not be billed for the extra days.

“There is no standard policy,” he said. “That’s the doctor’s or medical practice’s decision.”

Resolution: The cut on his forehead healed, but Bilinski — who spent his career working in health care — felt he deserved to know what had caused the injury.

“If you make medical records that are not accurate, it puts people in danger,” he said. “In my case, it indicates that I had a certain anesthesia at a certain dosage, which in fact produced an adverse and potentially dangerous side effect, and that’s not in there. And instead it says everything went well and that I tolerated the procedure well.”

Bilinski said he talked with McCaskill, the executive from Carolina Eye Associates, but did not receive an apology or a satisfactory explanation.

Medicare, a government insurance program that typically serves seniors and people with disabilities, and a secondary insurance plan Bilinski carries through UnitedHealthcare covered most of the costs of the Medicare-negotiated rates for the surgery.

Bilinski owed his modest, predictable Medicare copays, as most enrollees do after surgical procedures. But Bilinski said he believes taxpayers were cheated because the handling of his injury was unprofessional and Medicare paid its full fee for a procedure during which something went awry.

He filed a complaint with the North Carolina Medical Board, which licenses physicians and investigates allegations of medical mistakes and wrongdoing. He also filed an affidavit with the Fayetteville Police Department. (A police representative told Bilinski it was a civil matter, not criminal, so not in the police department’s purview.)

“How many other people has this kind of thing happened to?” Bilinski said. 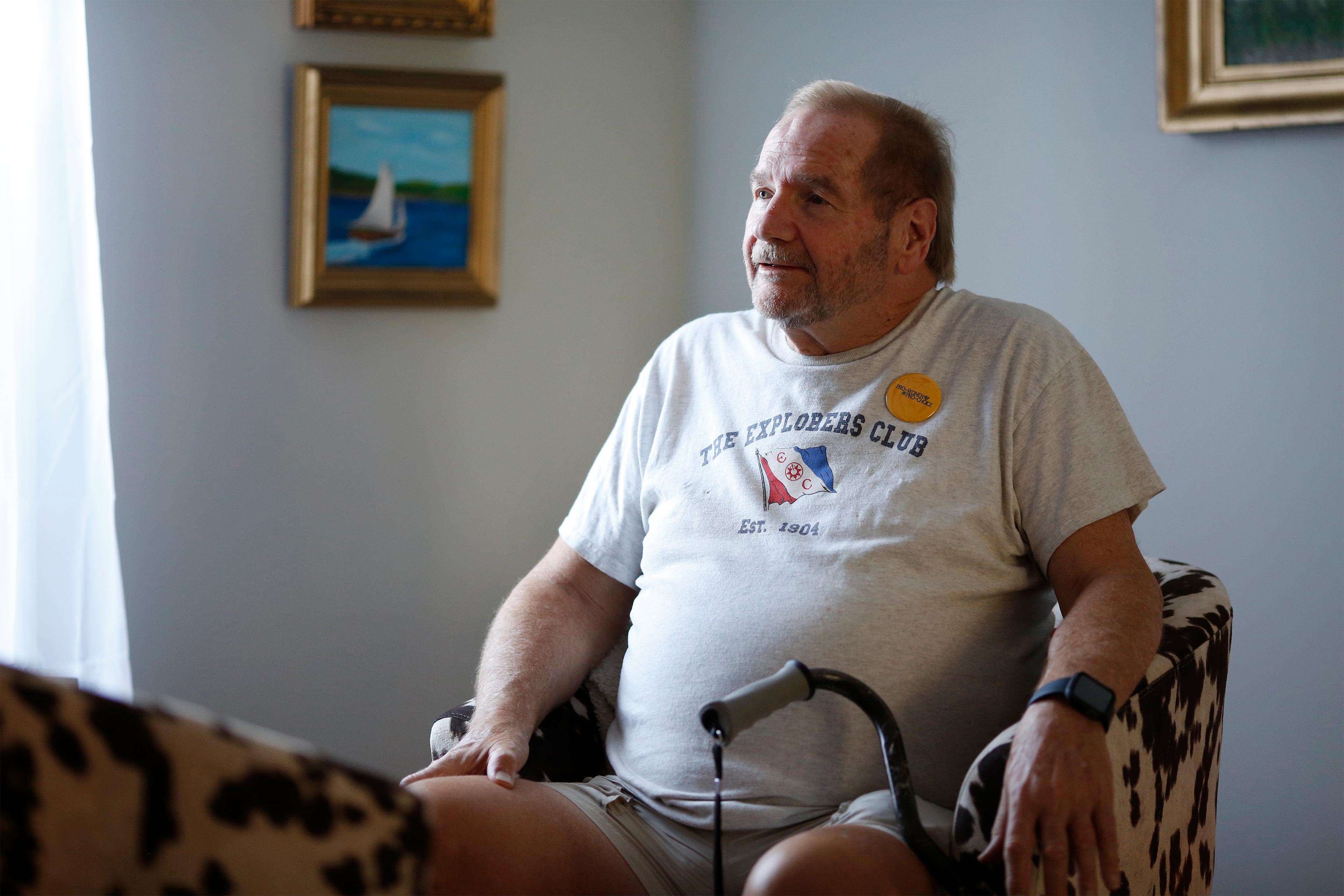 The Takeaway: If you have questions about something unexpected that occurs during medical treatment, request a copy of your full record. In Bilinski’s case, his record said there were “no complications” with the procedure. That clearly was not quite true, Bilinski said.

Patients injured during a procedure can ask for a rebate or seek to have insurance copays waived, Caplan said. They can also file a complaint with a state medical board to try to find out what happened and whether professional standards were violated.

Medical care is often unpredictable, but if an avoidable injury happens, the patient should not necessarily have to pay for that to be remedied, Caplan said.

Patients are frequently left holding the bag for extended hospital stays and reparative treatments for events that are not their fault. They might have to stay in the hospital three extra nights, over a weekend, for example, because a social worker wasn’t available for discharge planning on Friday. If a defective joint implant is put into a knee, the costs of replacing it are often borne by the patient and the insurer. (Although a lawsuit might eventually lead to a full or partial reimbursement from the manufacturer, such cases typically take years to get to a judgment.)

Patients should fight back and refuse to pay such bills, Caplan advised. Likewise, doctors in such situations should be fully transparent about what occurred and why. Though some physicians may worry about the risk of a malpractice suit, studies have shown that a simple admission, combined with an apology, often extinguishes a patient’s ire. Such apologies are required by professional ethics, and in some states they are required by law, as well.