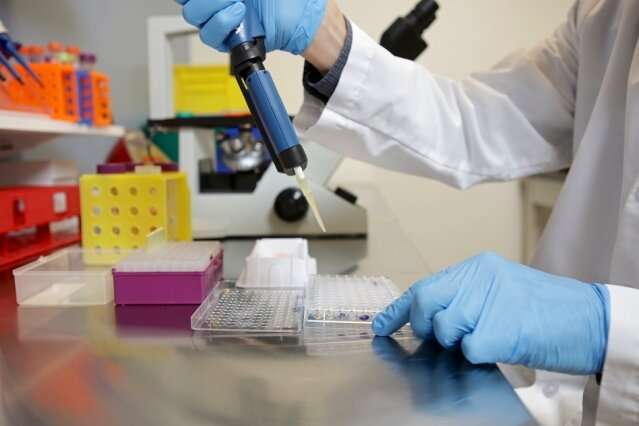 More than 100 approved drugs in the U.S. warn of immune-related side effects on their labels. Countless others never make it onto shelves because of unwanted immune responses that can harm patients and limit the effectiveness of drug candidates.

Most gene therapies, for instance, use viruses to enter a person’s cells and alter their DNA. But those viruses often elicit immune responses that can have unpredictable consequences and, in some cases, eliminate potential benefits associated with the treatment.

Selecta Biosciences is working to overcome those problems with a nanoparticle-based system, called ImmTOR, that has been shown to control human immune responses in preliminary clinical data. The company is pairing its ImmTOR technology with biological drugs that can cause unwanted immune responses, to increase the drugs’ effectiveness and safety.

“Any time you’re faced with giving a drug that could be great but might lead to an immune response that leads to rejection or neutralization, this is a potential way to change that,” says Robert Langer, Selecta co-founder and the David H. Koch Institute Professor at MIT. “Immune responses could be a good thing, but they could also be a bad thing. With Selecta’s platform, you can modulate the immune system, turn it up or down. It would really be the first time you could do that.”

The company’s lead drug candidate, currently in a phase 2 trial with the U.S. Food and Drug Administration, is aimed at treating a painful inflammatory condition called chronic gout. Beyond that trial, Selecta is focused on enabling the repeated dosing of gene therapies, which it has already accomplished in mice and detailed in a recent Nature Communications paper.

Selecta’s team of researchers has made important progress in advancing the nanoparticle technology since the start of the company in 2008. The foundations of the company, however, were largely laid at MIT.

The science behind Selecta’s ImmTOR technology has its roots in a 1994 paper published by Langer and others in the journal Science. The paper outlined a method for using biodegradable nanoparticles as a vehicle to control the circulation of drugs in the body. Omid Farokhzad MBA ’15 came to Langer’s lab in 2001 as a postdoc and improved the technology’s ability to target specific types of cells. Farokhzad also demonstrated the technology’s potential in a living organism for the first time.

Farokhzad joined the faculty of Harvard Medical School in 2004, where he is currently a professor and the director of the Center for Nanomedicine at Brigham and Women’s Hospital, but he and Langer have continued collaborating to this day. In 2006, the two researchers published a highly cited paper showing how to use synthesized nanoparticles to deliver drugs to cancer cells.

In 2008, they founded Selecta Biosciences with Harvard immunologist Ulrich von Andrian, after von Andrian and Farokhzad realized it might be possible for the nanoparticles to control the immune system if they had the same shape and size as specific viruses.

Meanwhile, Langer leveraged his legendary network (nearly 1,000 scientists worldwide have been trained in his laboratory on campus) to help get the company off the ground. To secure seed funding, he turned to two former-students-turned-investors, Polaris Venture Partners managing partner Amir Nashat Ph.D. ’03 and Noubar Afeyan Ph.D. ’87, the founder of investment fund Flagship Pioneering. The founders’ first hire was Lloyd Johnston SM ’92 Ph.D. ’96, who had previously worked for another company founded by Langer.

“I think of these companies as kind of like children growing up,” Langer says. “In the beginning, the first year or two, you help on almost everything, and as the company gets older, they need—and often want—less and less support from you.”

At first, the company worked on developing vaccines by using the nanoparticles to activate the immune system in response to specific antigens. But it later pivoted to use its technology to induce immune tolerance. Farokhzad says tolerance is a much riskier, less explored path, but the rewards can be much higher if drugs earn FDA approval.

Today, Selecta’s team has optimized the nanoparticle technology to encapsulate specific compounds that regulate the immune system, known as “immunomodulators.” The nanoparticles are injected into the body, accumulating in organs where immune responses are coordinated, and delivering the immunomodulator to specialized immune cells. Then the drug is administered. The immunomodulator makes the immune system tolerate the drug, mitigating the formation of antibodies against it and increasing the drug’s effectiveness and safety.

The approach is a big upgrade compared to some other immunomodulators, which simply suppress the formation of all immune cells in the body. Farokhzad likens Selecta’s technology to “engineering, or teaching,” the immune system to tolerate specific drugs.

The added sophistication brings a number of advantages. For instance, the immune responses triggered by many gene therapies can cause harm to patients or wipe out the effectiveness of a second dose. In Selecta’s recent Nature Communications paper, the company used ImmTOR to successfully re-administer these gene therapies in animals. Redosing holds particular promise for children who may benefit from continued gene therapy treatment later in life.

Overall, Selecta believes unwanted immune responses are the biggest reason that drug candidates fail. Company officials are hoping their technology can dramatically expand the applications of treatments like gene therapy and lead to better patient outcomes for every drug that’s hampered by immune responses.

Anywhere else, the company’s ambitious goals would stand out. But in the greater Boston area, Selecta is just one of an ever-growing number of biotech companies with a past that can be traced back to MIT and a radical plan to transform the future. Langer doesn’t think the booming biotech sector around MIT is a coincidence.