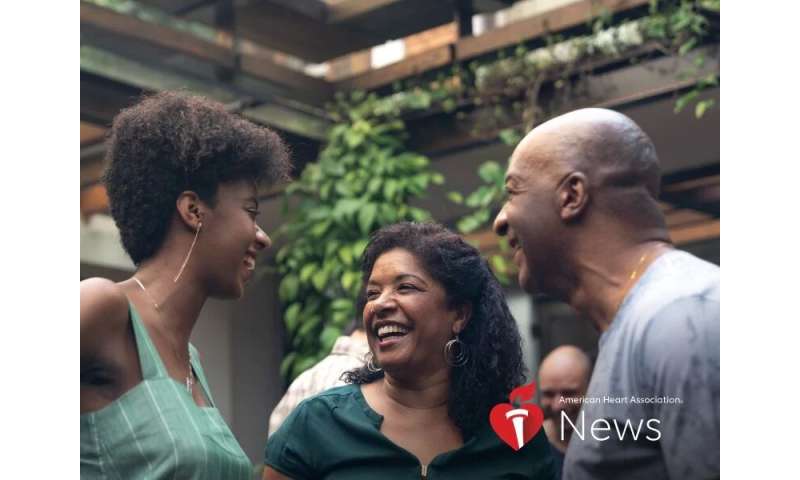 For black adults, connecting with neighbors could do much more than create a sense of community—it also might be good for their heart.

A study presented this week at the American Heart Association’s Epidemiology and Prevention/Lifestyle and Cardiometabolic Health Scientific Sessions suggests black adults who interact regularly with their neighbors have better cardiovascular health than those who don’t.

“African-Americans suffer a greater burden of cardiovascular health risk than other groups in the U.S.,” said Dr. Jeong Hwan Kim, study author and postdoctoral fellow from the Morehouse-Emory Cardiovascular Center for Health Equity in Atlanta. “Our hope is that eventually knowledge gained can be used to develop strategies to intervene in their social environment and improve their cardiovascular health.”

Studies have shown neighborhoods can make a difference in cardiovascular risk and health.

Previous data show dramatic differences in life expectancy by ZIP code based on access to health care and public transportation, segregation, income, housing conditions and the quality of food sold at local stores and restaurants. These characteristics can affect behavior, including the types of food people eat, how active they might be, and even whether people smoke.

In Atlanta, for example, life expectancy in the 30305 ZIP code is 82 years old compared to 71 years old in the 30314 area less than 10 miles away, according to the Virginia Commonwealth University Center on Society and Health.

Less is known, however, about how a neighborhood’s specific physical and social features might promote cardiovascular health in black adults, and especially in the Atlanta area.

“Atlanta is generally known as a historically rich city for African-Americans,” Kim said, “but it’s relatively underrepresented in these types of studies.”

In the new study, researchers followed 392 black adults living in 199 Atlanta neighborhoods. The participants ranged in age from 43 to 63, and 39 percent of them were men.

Researchers administered a questionnaire to assess various characteristics of their neighborhood, such as aesthetic quality, walking environment, safety, food access, social cohesion, activity with neighbors and violence. Participants also were asked how often they do favors for their neighbors or ask them for advice, how often they have neighborhood get-togethers, and how frequently they visit in the street.

Black adults who engaged in more social activity with their neighbors had higher scores, or more ideal cardiovascular health. Specifically, these adults had better scores in exercise, diet and weight.

“However, we found it to be one of the strongest associated factors, and that may be due to regional differences,” said Kim, who added that it’s an area ripe for more research.

Dr. Keith Churchwell, who directs cardiovascular services at Yale-New Haven Health hospital in Connecticut, said the new study hopefully will spark a deeper look into ways to improve health in the African-American community.

“We would hope that better interactions between people within their social environment will lead to a healthier community,” said Churchwell, who was not part of the new study. He also chaired an AHA task force last year on health equity and social determinants of health.