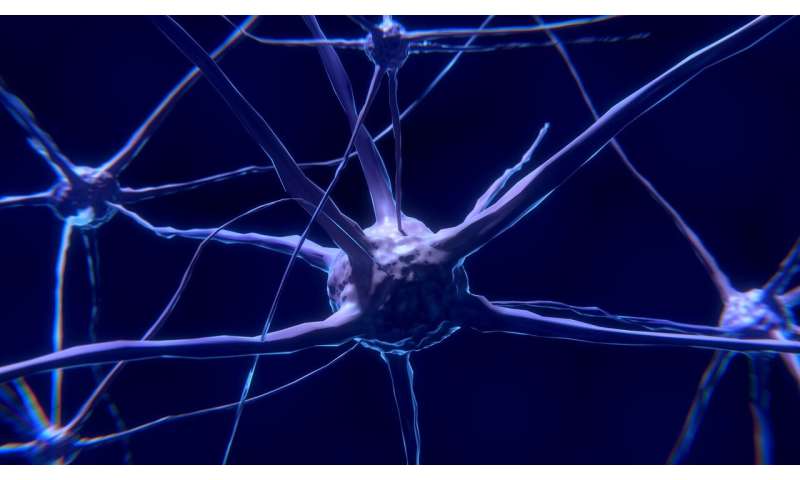 The relapse of brain tumors after therapy is driven by cancer stem cells that were not affected by the treatment. In mouse models of glioblastoma, scientists from the German Cancer Research Center (Deutsches Krebsforschungszentrum, DKFZ) were now looking for molecular markers that specifically characterize brain tumor stem cells. They identified an enzyme that is responsible for the threatening stem cell properties of glioblastoma and at the same time represents a possible Achilles heel of cancer stem cells.

Many cancer therapies destroy normal, rapidly dividing cancer cells that make up the bulk of the tumor. Cancer stem cells, however, only rarely divide and are resistant to chemotherapy and radiation. Even worse, they are activated by the treatments and are then responsible for the tumor’s relapse. This is particularly the case with glioblastoma, the most aggressive of all brain tumors.

“The only way to prevent a relapse after the treatment of a glioblastoma would be a therapy that effectively targets the brain tumor stem cells,” says Haikun Liu from the German Cancer Research Centre (DKFZ). “However, this would require us to know molecular target structures that are specific to these cancer stem cells so that the therapy does not damage healthy cells. However, the problem is that brain tumor stem cells hijack many pathways of healthy brain stem cells and share many molecular characteristics.”

Liu and his colleagues therefore undertook to identify specific marker molecules of brain tumor stem cells. They started their investigation on glioblastomas of mice in order to check whether the discovered structures play a role in human brain tumors as well. Using modern ribosomal RNA sequencing techniques, which allows the scientist to quantify protein translation, they compared the protein equipment of brain tumor stem cells with that of normal brain stem cells.

Among the proteins produced in cancer stem cells but not in brain stem cells, an enzyme of energy metabolism appeared to be of particular interest: Glycerol-3-phosphate dehydrogenase 1 (GPD1)-producing cancer cells did not divide, and occurred mainly in the tumor borders, where the cancer invades healthy brain tissue. Very early on, about two weeks after the onset of tumor development, the researchers were able to detect GPD1 production in the growing tumor.

GPD1 is known to be a stress-responsive gene in yeast. The expression is induced when cells face stress conditions. The specific expression of GPD1 in dormant cancer stem cells but not in neural stem cells suggests that the cancer stem cells use this enzyme to fight against stress signals in the tumor environment. It also indicates that the GPD1 cells are possibly resistant to chemotherapy.

The researchers treated mice with the standard chemotherapeutic agent temozolomide and analyzed the tumors at different points in time after the end of the therapy: During the treatment, the GPD1-producing cells did not divide and remained in a dormancy state characteristic of stem cells. However, with the onset of the relapse, they woke up from their slumber—a strong indication that they are responsible for the recurrence of the tumor. If GPD1 was genetically eliminated from the tumor stem cells of mice, the animals survived longer.

Is GPD1 also responsible for the dangerous stem cell properties in human glioblastomas? A database analysis of tumor genomes showed that a high GPD1 production correlates with an unfavorable prognosis in glioblastoma patients. High GPD1 levels are also associated with progression in other types of cancer, such as renal cell carcinoma.

As in the tumors of mice, GPD1-producing cells were found predominantly on the invasion front in tissue sections of human brain tumors. Cell lines cultivated from glioblastomas lost their ability to form tumorspheres, a feature of brain tumor stem cells, after the researchers genetically switched off GPD-1.

“All our results suggest that GPD1 is responsible for the “stemness” of brain tumor stem cells. In normal brain stem cells, the enzyme does not seem to play a special role,” summarizes Haikun Liu. From scientific literature, Liu and his colleagues know that mice can live without GPD1 without any problems. Even people whose GPD1 gene is damaged by mutations do not have severe health problems. This is an important indication that it is possible to block the enzyme with active substances without triggering severe side effects.