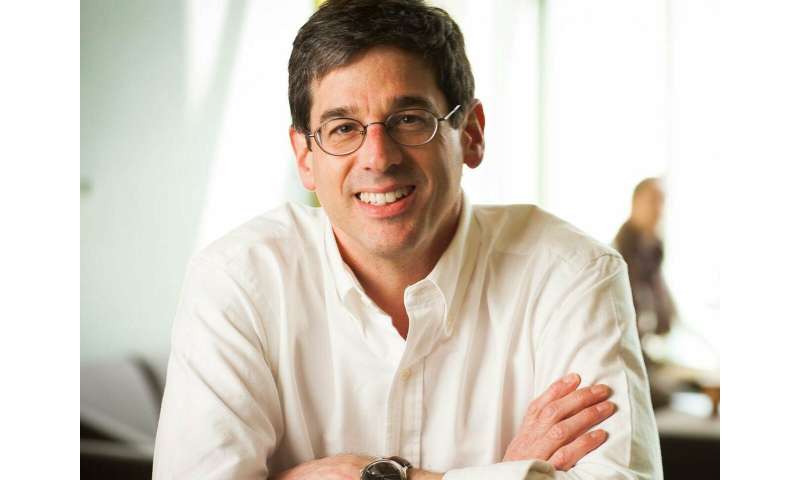 Choroid plexus carcinoma (CPC) is a particularly challenging type of brain cancer. The tumor most commonly arises in infants under the age of one—who are too young to undergo radiation treatment. Only 40 percent of children remain alive five years after diagnosis, and those who do survive often suffer devastating long-term damage from the treatment. Progress in developing effective therapies has been hindered by the lack of models that could help researchers better understand the cancer.

Now, scientists from Sanford Burnham Prebys have developed a novel mouse model of CPC and have used it to identify multiple potential drug compounds with biological activity that may be therapeutically useful. The study was published in Cancer Research.

“CPC is an incredibly aggressive cancer that does not respond well to treatment, but an inability to study the tumor in a controlled laboratory environment has stalled efforts to find effective drugs,” says Robert Wechsler-Reya, Ph.D., senior author of the paper, professor and director of the Tumor Initiation and Maintenance Program at Sanford Burnham Prebys, and program director of the Joseph Clayes III Research Center for Neuro-Oncology and Genomics at the Rady Children’s Institute for Genomic Medicine. “This model is a valuable tool that will increase our understanding of the biology of the cancer and allow us to identify and test novel approaches to therapy. This advance brings us one step closer to a future where every child survives—and thrives—after diagnosis with CPC.”

Choroid plexus tumors arise from a structure in the brain that produces cerebrospinal fluid, called the choroid plexus. The cancer accounts for up to 20 percent of brain tumors in children under one year of age and exists in three forms. Two forms are more benign and are typically resolved through tumor removal. The third form, CPC, is aggressive and requires chemotherapy and radiation, if the child is old enough to tolerate it, in addition to surgery. Despite these therapies, the tumor often returns, and patients who survive experience lifelong effects from the chemotherapy and radiation treatment, including intellectual disability and increased cancer risk.

The scientists created the mouse model by activating an oncogene called Myc, which is infamous for its ability to cause cancer, and deleting the p53 tumor suppressor gene, a well-known protector of the genome, in neural stem cells or neural progenitors. Tumors isolated from these mice mirrored the human cancer in both appearance and chromosomal loss. To further confirm the model’s similarity to the human disease, the scientists compared the gene expression levels in mouse CPCs to those in human CPCs, using data collected by the laboratory of David Malkin, M.D., at The Hospital for Sick Children (SickKids). Both cancers had altered expression of genes involved in the cell cycle (a cellular growth mechanism), DNA damage response and cilium function (cellular “antennae” that sense external signals).

“We actually set out to develop a mouse model of a different (but also deadly) pediatric brain cancer called medulloblastoma. Further study revealed that the mice actually developed CPC, not medulloblastoma,” says Wechsler-Reya. “This unexpected discovery provides many new insights into the biology of the cancer, including the importance of Myc, the genomic location of potential tumor suppressor genes and the cell from which the cancer arises.”

The newly available model allowed the scientists to test compounds that could stop or slow the growth of the tumor. The researchers conducted a high-throughput screen of nearly 8,000 compounds against the mouse tumor cells at the Conrad Prebys Center for Chemical Genomics at Sanford Burnham Prebys. The screen revealed three compounds that reduced the growth of the cancer cells, without harming healthy brain cells (neurons). Two of the identified compounds, dinaciclib and flavopiridol, are investigational drugs that work by halting the cell cycle. The third compound is a natural product, triptolide.

“These compounds are promising, much-needed leads in the quest for an effective CPC treatment,” says Wechsler-Reya. “Our laboratory plans to evaluate these and additional compounds that can effectively treat this cancer.”