Herbal medicine has been with us since the dawn of human civilization and yet we know far less about its effects than we do about conventional synthetic medicines. In the Western world particularly, we’ve come to rely on synthetic drugs and yet many still turn to natural medicines when looking for healing solutions. This article looks at the benefits and the problems of both kinds of medicine. Here we consider why we need to know more about herbal medicines than we do. 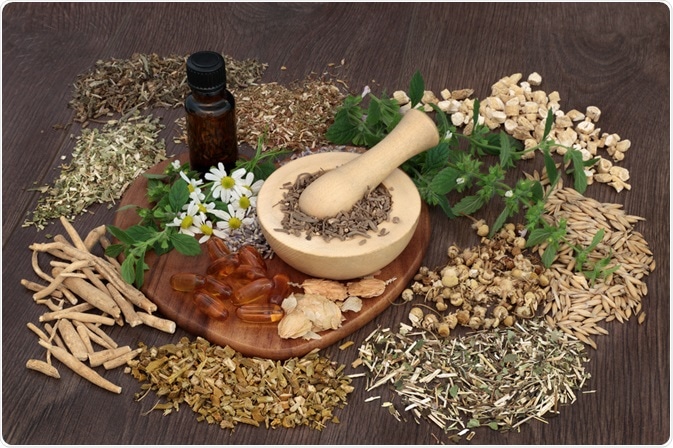 What is herbal medicine used for?

Herbal therapy is a holistic therapy integrating the emotional, mental, and spiritual. Many people turn to naturopathic approaches looking for relief for several ailments, including depression and anxiety, diabetes, cardiovascular diseases, and even cancer. But just because these medicines are natural does not mean they are always safe ––some herbal medicines can be toxic.

Pharmaceutical drugs are specific in their actions and targeting of pathologies whereas herbals can have a broad range of effects on the physiological system. There are some “drug-like” plant remedies whose actions approach those of pharmaceuticals.

In general, though herbal medicines are aimed at healing and tend to be much gentler in effect. Having said that things can and do go wrong, usually due to the following:

Although synthetic drugs have only recently been introduced into Western medicine, we trust them over and above natural medicines that have been around for thousands of years. This is because we know far more about them and their effects on the body.

Synthetic drugs are standardized in comparison to natural medicines. They are prepared following strict standard operating procedures whereby each batch is guaranteed to be of the same quality as the last.

The producers of herbal medicines, meanwhile, do not have to follow such regulated procedures (although there are some standards deployed in Asia) and batches can therefore be of inconsistent quality. There are many variables involved in the production of a herbal drug involving:

Herbal medicines are complex and have polyfunctional effects on the human body and currently, there is insufficient knowledge about their safety and efficacy.

The lay perception is that these natural products are much safer than synthetic drugs and statistically this is true ––about 8% of hospital admissions in the US, for example, are due to adverse or side effects of synthetic drugs.

What do we know about herbal medicine?

Humans have been using plants for medicinal purposes since the beginning of civilization. The first physician known by name is the Egyptian Imhotep (3rd millennium BC), though the first generally accepted use of plants for healing purposes is depicted in the Lascaux cave paintings in France, radiocarbon-dated to 13,000 to 15,000 BCE.

Established systems of herbal medicine are:

These well-organized systems found in China and the Indian sub-continent have documented books and pharmacopeias.

Other than this, herbal medical knowledge is dispersed amongst communities, families, tribes, and local practitioners. There are fears that due to the impact of modernization and globalization this valuable and ancient knowledge may soon be lost. Consequently, there have been calls for its documentation.

Herbal and synthetic medicines together?

Researchers have found that commonly used herbal medicines such as St. John’s wort, ginseng, and Gingko Biloba could have harmful interactions with conventional medicines. These include:

Patients have been found to suffer serious consequences when taking herbals alongside drugs such as antidepressants and medicines for HIV, epilepsy, and heart disease. Although herbal medicines are natural products, they can still produce potentially potent biological effects on the body which can also, unfortunately, be deleterious ones.

Why we need to know more about herbal medicines

It is generally accepted that modern pharmaceutical medicines are inaccessible to much of the world’s populace. There are also many problems with these drugs such as toxicities and the challenges of antibiotic resistance.

In the late 1970s, the World Health Organisation (WHO) Alma Ata declaration called for “health for all” to be achieved through a New International Economic Order.

To achieve this, it’s necessary to increase our knowledge of herbal medicines, which are underutilized and have not been effectively studied scientifically. Besides herbal medicines, these products are used as dietary supplements and nutraceuticals. Chemical standardization is needed if herbal medicines are to be used widely in healthcare.

I’m currently working as a post-doctoral fellow in the History of Science at the Leeds and Humanities Research Institute (LAHRI), at the University of Leeds. Broadly speaking my research area falls within the remit of the history of biology and history of technology in the twentieth century. More specifically I have specialist knowledge in the areas of electron microscopy and cellular and molecular biology, women in science and visual culture.