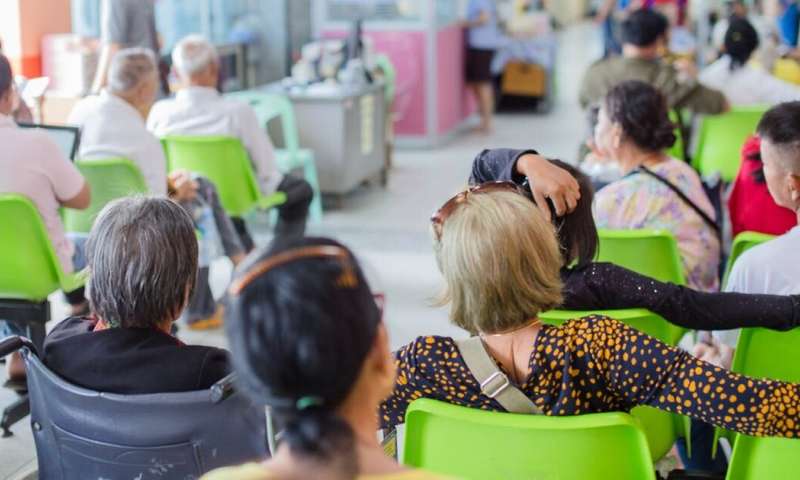 I work in the field of bioprinting, where the aim is to build biological tissues by printing living cells into 3-D structures.

Last month I found my Facebook news feed plastered with an amazing story about “the first 3-D printed heart using a patient’s own cells.” A video showed a beautiful, healthy-looking heart apparently materializing inside a vat of pinkish liquid.

Big news. According to an impact tracking algorithm, the story has been picked up by 145 news outlets, tweeted 2,390 times to 3.8 million followers (as of May 27, 2019). Articles on Facebook have at least 13,000 shares, and videos about the story have been viewed well over 3 million times.

Unfortunately, many of these media reports don’t match up well with the original science.

Over-reporting of medical science is unethical, and occasionally dangerous. It’s a problem all of us who work in the creation and telling of science can act to fix.

How they printed a ‘heart’

In the original printed “heart” scientific paper, Israeli scientists describe how they built on their own earlier work on bio-inks (printable materials and cells) to create 3-D structures in the laboratory. The main focus was to print a square “patch” of heart cells and blood-vessels using a “personalized” bio-ink; one where all of the cells and materials came from a particular patient. This is important because bio-inks typically contain some synthetic or animal-derived materials.

As a final flourish the team also printed the cells into a thumbnail-sized, heart shape. The text of the original paper clearly states the printed heart-shaped structure is not a real heart, and lacks most of the features required to make a heart work. But, along with those striking visuals, this is the aspect of the work that helped the paper become such a media hit.

This might sound like the envious griping of a rival scientist. However, I’m not criticizing the science. This is impressive work—the cardiac patches may indeed turn out be an important development in the field.

I’m more worried about media reports giving the impression that our field of research is far more advanced than it is.

When medical research is overplayed

Sensationalism is rife in science journalism. And the 3-D bioprinting field is interesting in particular, as it is currently fueled by a “perfect storm” of hype: it builds on the wider buzz around 3-D printing, is deceptively easy to understand, and blends ideas of science fiction with potential impact in real health outcomes.

There are other recent examples of sensationalized reporting in the bioprinting field.

For example, Wake Forest University had to issue a clarification notice following reports its scientist Anthony Atala had “printed” a human kidney live on stage

In December 2015, news articles announced that a 14-year old boy had become the first human patient to be implanted with a “3-D printed nose”. In reality, 3-D printing was only used to make a template to help the surgeon piece together pieces of donor cartilage into the correct shape.

We’re left with the impression that 3-D bioprinting is a mature, clinically available technology, when currently it is not.

What’s the harm in a bit of hype?

There are numerous ethical downsides linked with over-enthusiastic portrayals of bioprinting in the media.

The problem is, mass media is one of the most important sources of health and medical information for the general public, especially prospective patients.

Positive portrayals of a novel technology in the media can affect patient consent to undergo treatment and can even prompt prospective participants to request enrollment in clinical trials.

I’ve seen this myself. Whenever our own research is reported, particularly on television, the next morning I get phonecalls from people who want to sign up for a particular treatment. On TV the message is rarely communicated that we are still at an experimental stage, with human trials still years away.

In the worst case, the buzz around new technology can provide an opportunity for unscrupulous charlatans, such as the cosmetic surgeon who reportedly sold an unapproved stem-cell technology in Beverley Hills. One patient ended up with fragments of bone in her eyelid.

Media reports of infamous thoracic surgeon Paolo Macchiarini’s implantation of a “synthetic trachea” arguably provided him a platform to accelerate his research program. Seven of the nine patients who received one of his synthetic trachea transplants have since died.

An anatomy of hype

Fed by enthusiastic reporting, technologies tend to follow a pattern called the Gartner Hype Cycle: first buoyed to an unsustainable “peak of inflated expectations” before falling to the “trough of disillusionment.”

The phenomenon can bring benefits to many players in the industry of science. So how can we fix the situation?

The exaggerated claims around particular stories tend to build upon one another in a snowball effect. This means all of those involved in creating and sharing the stories of science can step up: scientists, journals, universities and journalists.

Salesmanship has become an indispensable skill for modern scientists—really, every grant application is a sales pitch. Indeed academic science as a whole seems to be tending toward ever more bluster.

In published papers the use of positive terms such as “innovative,” “unprecedented” and “groundbreaking” have increased by thousands of percent over the past four decades. Scientists need to be wary of this trend and keep themselves in check when speaking to the media—especially in cases where their words will be taken very seriously by prospective patients and patient advocacy groups.

Journals and article reviewers can take responsibility for ensuring they publish top quality science, and also that the language in an article is accurate and not overblown. This includes the article title, which is sometimes the only part of an article journalists and general readers can see.

Language choices are also vital in materials coming out of university press offices.

Some reporters take press releases at face value, regurgitating lines or paragraphs verbatim. Non-specialist science reporters may not understand a field in enough detail to question this interpretation, or they don’t invest time in placing a new announcement in a broader context. Asking other experts for their views on a new piece of research is vital in science reporting.

A symbiosis has evolved between scientists and the media: scientists need the media to bolster their record of exposure and “impact” on the next grant application. The media needs scientists for those shareable (and all too rare) positive, feelgood stories.

There is a stark mismatch between the elements required of a modern news story (novelty, impact), and the reality of medical research (slow, meticulous, often incremental). This can result in a distorted depiction of medical research.