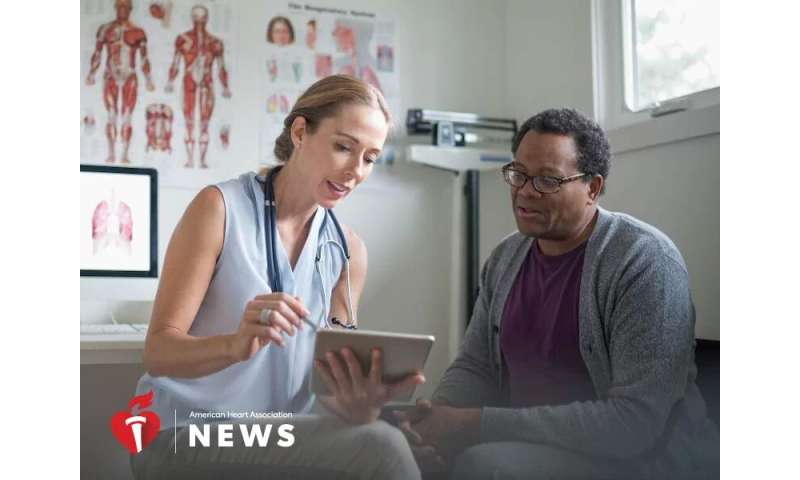 As in most things, family matters. Specifically, your family’s ethnicity could make a difference, at least when it comes to cholesterol and your risk of having a heart attack or stroke.

In a recent update of cholesterol guidelines, a national panel of scientists and health experts stressed a more personalized approach to risk assessment, diagnosis and treatment. But for the first time, the guidelines also described race and ethnic backgrounds as “risk-enhancing factors” for specific U.S. populations.

“Ethnicity matters. We’ve known that for a while,” said Dr. Salim Virani, an associate professor of cardiology at Baylor College of Medicine in Houston and a writing committee member for the cholesterol guidelines. “What these guidelines do is bring that understanding to the forefront.”

The guidelines, issued in November by the American College of Cardiology, American Heart Association and 10 other health organizations, include a separate section that outlines how race and specific ethnic characteristics may influence a person’s risk of developing cardiovascular diseases. For example, South Asians living in the U.S. generally have lower levels of “good” HDL cholesterol than their white counterparts.

The guidelines also make clear distinctions among different Asian ethnicities. They note people of South Asian descent—those from Bangladesh, India, Nepal, Pakistan and Sri Lanka—have a higher risk of developing heart disease than the general American population. People with Japanese backgrounds, meanwhile, are more likely to be sensitive to statin drugs used to treat cholesterol and may require lower dosing.

The guidelines also recognize that individuals who identify as Hispanic or Latino fall into a diverse population group that includes people from white, black and Native American races.

“Hispanic is a very broad term. Among Hispanic patients, even the country of origin might matter,” Virani said. “We know that the risk of having heart attack or stroke could be higher in individuals from Puerto Rico than those from Mexico, and those kinds of considerations are there in the guidelines for clinicians to look at and implement in their cardiovascular risk assessment.”

Nearly one out of every three American adults has high levels of LDL cholesterol, the so-called “bad” cholesterol that can build up along artery walls and lead to higher chances for heart disease and stroke.

The cholesterol guidelines include a risk calculator to help health care providers estimate a person’s risk of developing cardiovascular disease within the next 10 years. But clinicians are being urged to consider risk-enhancing factors like ethnicity to help customize risk. Relying on the calculator alone could overestimate risk, for example, in people of East Asian descent or people from Japan, Korea and China, while underestimating risk in those of South Asian backgrounds.

Each ethnicity has some clusters of risk factors specific to that ethnic group, Virani said.

“Some of those could be genetic, some could be related to acquired traits related to lifestyle specific to an ethnic group. So what is important is that you talk to your clinician,” he said. “Ask, ‘Does my ethnicity put me at a higher risk of some particular cardiovascular outcomes, and what can I do to address those?'”

Dr. Deepak L. Bhatt, a Harvard Medical School professor who was not involved in writing the new guidelines, described the update’s inclusion of a specific statement and grading on ethnicity and risk assessment as “a really big step forward.”

“This is a huge deal. But while acknowledging that, it’s important to realize we still need lots more research in this area,” said Bhatt, executive director of interventional cardiovascular programs at Brigham and Women’s Hospital in Boston.

He said additional studies could help narrow down which factors are mediating risks in specific ethnic groups—and how they might be reduced.