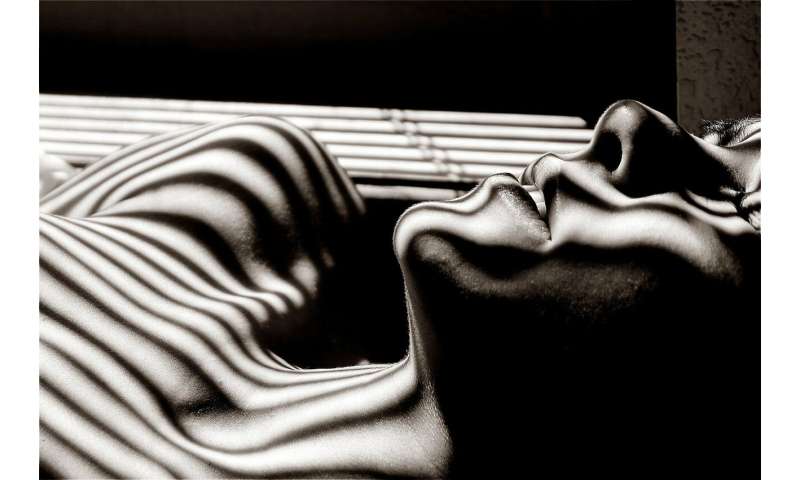 Elderly men who experience extended episodes of interrupted breathing while asleep have a high risk of heart problems. Research shows for the first time that poor blood oxygenation is a good indicator of the chance of heart-related death, which cannot be attributed to sleep apnoea alone.

A team led by Associate Professor Dominik Linz and Associate Professor Mathias Baumert of the University of Adelaide’s Medical School and School of Electrical and Electronic Engineering has published their study in the European Heart Journal which examined patterns of low blood oxygenation during sleep and the relation to heart-related deaths in 2840 men aged in their 70s and early 80s.

“Understanding underlying causes of low oxygen saturation during sleep is important as this may assist in preventing deaths,” says Associate Professor Linz.

“The study shows for the first time that poor blood oxygenation during sleep predicts the chance of heart-related death in elderly men. The study also demonstrates that reduced blood oxygenation cannot be attributed to episodic drops in oxygen alone.”

A healthy person normally has a 95-100 per cent saturation during the day. Oxygen saturation is slightly lower while a person sleeps due to shallower breathing. Saturation below 90 per cent is considered low resulting in hypoxia where oxygen flow to the body is restricted.

“The study showed that when the men had 12 or more minutes of sleep at low oxygen saturation below 90 per cent this increased the risk of heart-related death by 59 per cent,” says Associate Professor Baumert.

“Approximately 20 per cent of the time that oxygen saturation was below 90 per cent could not be attributed to episodic desaturations traditionally related to sleep-disordered breathing.”

“Screening for and treatment of risk factors beyond sleep-disordered breathing and obesity might help to reduce nocturnal hypoxia in people who regularly experience long periods of time during the night below 90 per cent oxygen saturation,” says Associate Professor Linz.