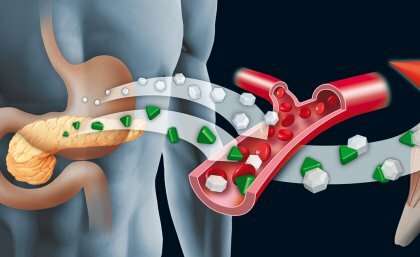 University of Queensland researchers have discovered a hidden metabolic advantage that prevents people with a specific type of dwarfism from developing type 2 diabetes or cancer.

UQ Diamantina Institute researcher Dr. Yash Chhabra said the findings could pave the way for new diabetes treatments for all.

“We set out to understand why, unlike most people, people with Laron dwarfism don’t develop diabetes despite being obese,” Dr. Chhabra said.

“Growth hormone is responsible for regulating height, metabolism and obesity.

“Our study clarifies an issue that has been unresolved for 50 years,” Professor Waters said.

“We discovered that a signalling molecule activated by the growth hormone receptors, called STAT5, was responsible for regulating this insulin sensitivity.

“This switching off of the STAT5 activation improved prevented insulin resistance by improving insulin signalling.

“This increased insulin receptors and reduced glucose output from the liver.”

“Both growth hormone receptors and STAT5 could become targets for new treatments,” he said.