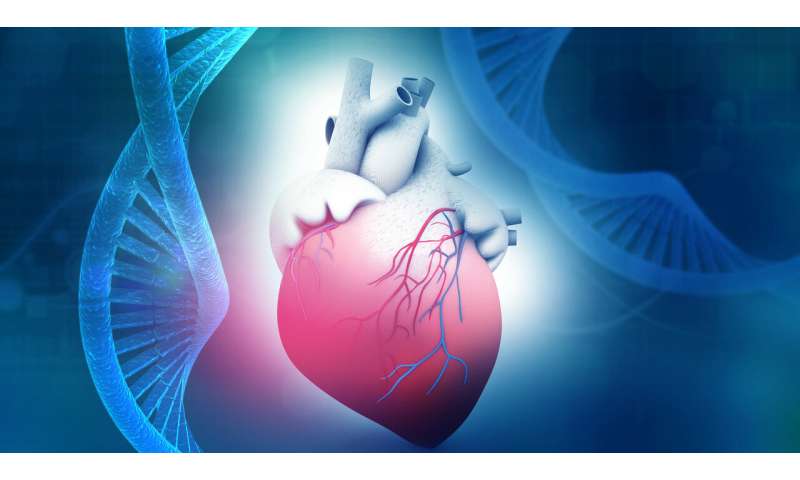 In a new study from the Intermountain Healthcare Heart Institute in Salt Lake City, researchers have identified eight new gene mutations that may cause or contribute to idiopathic dilated cardiomyopathy, a form of heart disease not caused by known external influences, such as high blood pressure, obesity, smoking, or diseased coronary arteries.

For at least 40 percent of these patients, the disease has an underlying genetic cause that leads to the muscle in the major pumping chamber of the heart (left ventricle) being too weak and thin to function properly, causing heart failure.

“Although many mutations contributing to non-ischemic dilated cardiomyopathy have been identified, there remains a large gap in our knowledge of its heritability. The more we can learn about what’s causing the condition, the better we can identify and treat it,” said Jeffrey L. Anderson, MD, principal investigator of the study and a researcher at the Intermountain Healthcare Heart Institute. “If it’s passed on in families, we’ll be able to identify those who might be at risk for developing heart disease and work to prevent it, diagnose it, and begin treatment earlier.”

Findings from the study will be presented at the American College of Cardiology’s Annual Scientific Session in New Orleans on March 18, 2019.

A quarter to one-third of idiopathic dilated cardiomyopathy patients will need a mechanical support device, a heart transplant, or will die within five years, Dr. Anderson noted, so this is a very serious condition.

In the study, researchers looked at genetic samples of 231 patients with idiopathic dilated cardiomyopathy, evaluated in an Intermountain Medical Center Specialty Clinic who volunteered to enter blood samples into the Intermountain Healthcare INSPIRE Registry and DNA Bank, which is the system’s collection of biological samples, clinical information, and laboratory data from consenting patients who are diagnosed with any of a number of healthcare-related conditions.

“That protein acts as a spring in your heart muscle,” said Dr. Anderson. “It enhances the passive elasticity of the muscle and also limits how much you can stretch it.”

Previous research has already found variants of TTNin patients with idiopathic dilated cardiomyopathy, but the story has been incomplete.

Now, in this new study, Intermountain researchers identified 24 patients with TTN variants, and eight of those variants hadn’t been seen or documented before. They also confirmed the presence of seven variants that had been discovered and reported previously. The new variants all are of the “truncating” variety, that is, they lead to a shortening of the protein and in doing so are predicted to cause the protein to malfunction in its role of maintaining the integrity of heart muscle function.

These new variants, Dr. Anderson said, still will require functional testing and clinical validation, but they likely will lead to further expansion of the known spectrum of genes that predispose to idiopathic dilated cardiomyopathy.