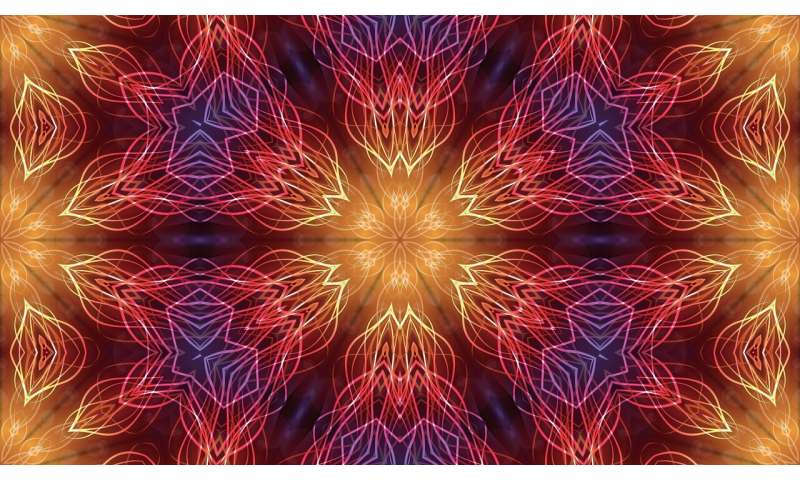 An international team of researchers has found that blocking serotonin receptors in the brain blocks LSD’s mind-altering effects. In their paper published in Proceedings of the National Academy of Sciences, the group describes experiments they carried out on volunteers given LSD and what they found.

Prior research has led to theories that the thalamus serves as a gatekeeper, preventing too much sensory information from entering the brain all at once. The thalamus is part of a cortico-striato-thalamo-cortical (CSTC) pathway system that is involved in processing information received by the senses. Prior research has also suggested that LSD causes mind-altering effects by interfering with the thalamus and by extension, the CSTC pathway, by making it less effective at blocking sensory information. In this new effort, the researchers sought to test this theory by administering LSD to volunteers.

Previous studies have found that the drug LSD also has an impact on serotonin levels. The researchers wondered what would happen if people were given a drug that blocked serotonin receptors (ketanserin) before they were given LSD. To find out, they recruited 24 volunteers—some were given both drugs, others were given LSD only, and others got a placebo. The researchers scanned their brains while they were under the influence of the drugs and tested them using a standard altered-states questionnaire.

The researchers report that those volunteers who were given both LSD and ketanserin did not experience the mind-altering effects of the LSD. They also noted changes to the CSTC pathway in the same people—there was an increase in connectivity between the thalamus and several regions in the cortex, which they further noted have previously been identified as playing a role in the “self- experience.”