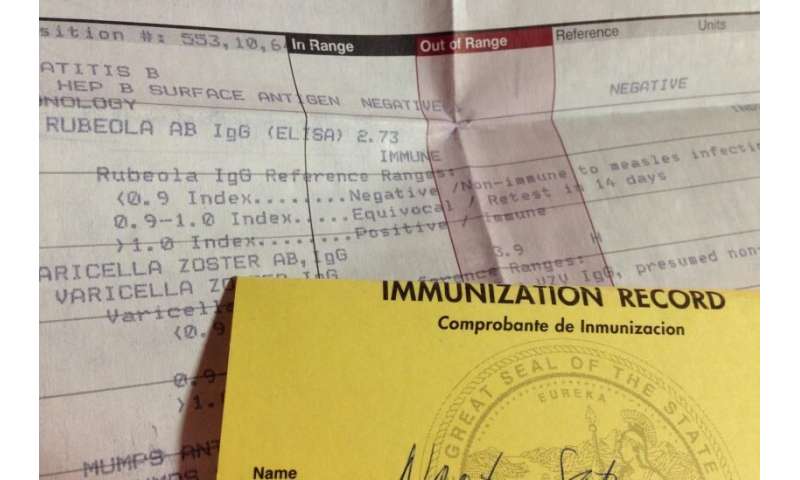 In the face of the worst measles outbreak in the United States in more than 25 years, some adults are wondering whether they should be taking additional precautions to protect themselves from the extremely contagious disease. And the answer is: Maybe.

According to experts from the Keck School of Medicine of USC, most American adults are immune to measles because they were either properly vaccinated as children or, as in the case of those born before 1957, were exposed to the virus. Still, there are some adults who need to evaluate their vaccination history to make sure they are fully protected.

“Adults who were not vaccinated as children need to ensure they get immunized,” said Neha Nanda, hospital epidemiologist and medical director of infection prevention and antimicrobial stewardship at Keck Medicine of USC.

Who should be vaccinated again, and why your vaccination history matters

Although most people receive it in childhood, the measles-mumps-rubella vaccine (MMR) is just as effective at protecting adults. After two injections, the vaccine is 97 percent effective against measles, said Nanda.

Another small group of adults, who were immunized in the mid-1980s, might only have received a single MMR vaccine. A single dose provides protection but is less effective than two doses. College students are among the groups the Centers for Disease Control and Prevention categorizes as high-risk and recommends they have two doses of the MMR vaccine.

Knowing your vaccination history is critical to protecting your health and preventing further spread of measles.

“Anyone who is unsure of their immunization history or doesn’t have records should see their doctor,” said Armand Dorian, chief medical officer at USC Verdugo Hills Hospital and associate professor of clinical emergency medicine at the Keck School of Medicine. A blood test called a titer exam can reveal if a person is immune to measles and whether they need to update this or any other immunization.

For most people, it is safe to bypass the test and simply get another MMR vaccine.

“There is no harm in getting a shot even if you were vaccinated before,” said Dorian, adding that most insurance covers vaccines, which are available through primary care physicians, some pharmacies and urgent care centers.

The only solution: Get vaccinated

The CDC said there is no single cause for the current outbreak, which now stands at 880 cases in 24 states, but lower vaccination rates and increased international travel play a part. There is a single solution, however, and that is for each person who is unvaccinated or under-vaccinated to get immunized.

By 2000, measles was considered eradicated in the U.S. because of high vaccination rates. When 93 to 95 percent of the population is vaccinated, added Nanda, an effect known as herd immunity protects even those people who cannot be vaccinated, including newborns and people with some medical conditions.