As anyone who has ever tried to feed a small child can attest: Kids like what they like. And a lot of times, what they don’t like is what’s actually healthiest for them: be it broccoli or beets or butter beans (that’s Lima beans to us Northerners). But luckily, there are plenty of clever food hacks to get kids to eat healthy — even if some of them involve, you know, tricking your kids a little (what? They’ll thank you when they’re older).

We caught up with some famous foodie moms — from chefs to actors — to ask them for their #1 food hack for battling the dreaded child beast: the picky eater. As these moms show, it is possible to change your kids’ eating habits for the better — and it’s far easier than you might think. Check out their tips from our exclusive interviews, below.

First emergency room visit. One hairline fracture and a finger smushed so hard in the door it popped like a jelly donut. Thank you so much to @childrensla for the amazing care, thank u Dr. Olsen, and Sonia our child life specialist. Did you know that when you enter the emergency room at @childrensla you immediately get a "Child Life Specialist" trained to make sure your child knows what happening? And to make sure you understand all of what's happening and your choices? It made us feel so safe. And @childrensla follows up the next day with a phone call to make sure all is well after the trauma. Excellent care all around. Thank you to all who helped my baby. (Ps I'm not attaching a pic of the finger because there was literally burger popping out all over and it as pretty gross.)

Mom and star of The Good Place, Veronica Mars, Frozen, Gossip Girl, and now Amazon kids’ show Do, Re & Mi, Kristen Bell feels the pain of wee ones confronted with “eat your veggies” instructions.

“It’s so hard! Though I can’t really blame them. It’s hard enough for adults to eat healthy, let alone little rugrats with underdeveloped frontal lobes,” Bell tells SheKnows. “What we try to do is give them options, so they understand what it feels like to have control over their decisions. We also want to be honest with our kids so they can understand why the right food is so important; it provides the building blocks for our bodies and brains and has a huge impact on the environment. That’s why we try to have colorful plates at home, full of plant-based protein options like the Lightlife burger that pass the ‘kid taste test.’”

This year’s SHE Media BlogHer Creator’s Summit speaker — and frequenter of my favorite Nashville haunts — Connie Britton is mom to adorable 8-year-old Yoby, whom she adopted from Ethiopia. But no, Yoby’s favorite healthy food is not the fermented Ethiopian bread injera (that’s my favorite, thank you very much); it’s fish eggs. Yep.

“Wait for it: The thing he lives for that he’ll consume in massive quantities is caviar,” Britton tells SheKnows. “It’s amazing. Here’s a secret: Most kids like caviar because it’s majorly salty. If you actually introduce a kid to caviar they generally like it.” Way to get that protein, calcium, iron, magnesium, phosphorus, selenium, and vitamins A, B, C, and D into that kid’s diet, Connie!

Top Chef veteran, cookbook author, Iron Chef Canada host, SHE Media #BlogHer19 Food speaker, and (don’t forget!) mom of two Gail Simmons sure knows a thing or two about kids in the kitchen. “My son is only 11 months so you don’t even have to trick him yet, because he has no idea what he’s eating,” Simmons tells SheKnows. Her daughter, on the other hand, “is far more opinionated now than she used to be.”

The one thing kiddo will always agree to eat? Healthy soups. “Soup is our ‘hack’ for her,” Simmons explains. “You can toss whatever vegetables you have in a pot and cook them down with lentils and chickpeas and Moroccan spices and herbs, and she will eat it by the bowl and never question what’s in it.” Healthy, kid-friendly, and great for leftovers? What a win.

Hey dear Campers!! Summer is coming and we are all getting super excited for a fun-filled season of growing, learning, and discovering! My son Jack is applying to be camp chef! I may be biased but I think he’s pretty darn good! Can’t wait to see you guys this summer!!! Any allergies? Please tell Ken

Actor and co-parenting queen Anna Faris‘ trick to getting her 6-year-old son Jack Pratt to eat healthy? Putting him to work. Faris tells SheKnows that her mom — Jack’s grandma — “started cooking with Jack when he was 2-1/2, and he was just cracking eggs and mixing things… I love to cook, so for me that’s always been such a bonding time for us.”

What’s Jack’s favorite healthy meal to whip up himself? “He loves making chili,” Faris says. And as for Faris’ mom, the one who started it all: She “just got [Jack] chef’s knives and an apron and a cookbook,” Faris laughs.

The new, improved @feed Diaper Bag is here! And I recruited my main man Max to help me show it off ? I worked with my team to design a diaper bag that has lots of pockets to keep things (somewhat) under control, is wipeable, holds all the necessary gear plus some while not being too heavy, and looks cool…. no easy task. And of course Im biased, but I think we nailed it! Curious to hear what you think? (link in bio to my March letter) photos by @christinaemiliephoto

Another #BlogHer19 Food speaker, Lauren Bush Lauren — who is also a humanitarian, designer, model, mom, and, you know, granddaughter of George H.W. Bush — is not above using actual deception to get her kid to eat healthy (and we don’t blame her, either). “One trick to get my son to eat healthy food is to use reverse psychology,” Bush Lauren tells SheKnows. “If he is not eating his broccoli, for example, I will say, ‘Don’t eat that, please don’t eat it’ — and he will usually participate in the game and eat it quickly and joyfully.” Checkmate, kiddo.

Entrepreneur and RHONY alum — and #BlogHer19 Food speaker — Bethenny Frankel is not into the whole “hack” thing in the first place. “I don’t know if I believe in ‘hacks’ for eating healthy,” Frankel tells SheKnows. “I think that if you introduce a lot of different foods and there really isn’t a ‘kid’s menu,’ which there never has been for me…they just end up eating a lot of variety of foods. If you take them to interesting restaurants and different ethnic cuisines it gets them excited.”

What’s the weirdest healthy thing her kid is into eating? “My daughter loves seaweed,” Frankel says. “She loves olives, she likes Asian food, she likes Mexican, she likes all different multicultural food, so I think that makes people like more interesting things, makes it fun.”

Frankel’s best advice for making healthy food exciting for her kid: “Include her friends. Make a wish when you eat something new. I think it’s just not treating them like the mac-‘n’-cheese, chicken finger generation. Unless it’s truffle mac-‘n’-cheese.”

Best work field trip!!! ☀️ Auntie @jennabhager decided to get all of our kiddos together at the #icecreammuseum ?They had A BALL!!! So did I ☺️ Here’s to Summer ⭐️ ?: thanks @photonate !! ⭐️

Jones is a journalist, news anchor, mom, and (wait for it) #BlogHer19 Food speaker who, like Lauren Bush Lauren, is a fan of the reverse psychology technique — or, as she calls it, the Jedi Mind trick of kid food. “If it’s something they haven’t tried before or if it’s a vegetable…frankly, I don’t put the pressure on them,” Jones tells SheKnows. “I put it in my bowl, and I’ll eat it; I’ll say ‘Oh, my gosh. This is so good. It’s probably too spicy for you.’ And they’ll say, ‘Nuh-uh, I can try it.’ Sometimes, they want to think they can handle it. Then I’ll say, ‘Well, do you want some of mine? I don’t know, I don’t really have enough.’ So I give them a little bit from my plate which is really not for me, but it’s the Jedi mind trick — it really works.”

Actor Ali Larter has quite the impressive fridge — and she sure knows how to use its contents. Larter tells SheKnows that her trick to getting her kids to eat veggies is simple: pasta, butter, and cheese. “My last-minute dish for the kids is whole-grain pasta boiled with broccoli,” Larter explains. “Then I mix in olive oil, a dab of butter and Parmesan cheese. I try to get all the nutrients in one bowl.” Her #2 hack? Frozen fruits. “We freeze bananas as a quick treat and to make creamy ‘ice cream,’” Larter adds. “There are also tons of frozen mango and wild blueberries for smoothies.”

Making Heart shaped pizzas with my sweeties! What do you guys like to make with your kids? 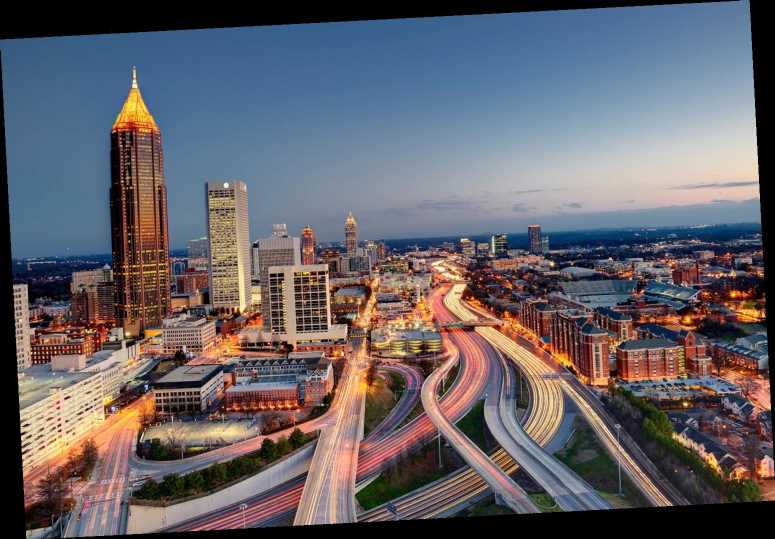 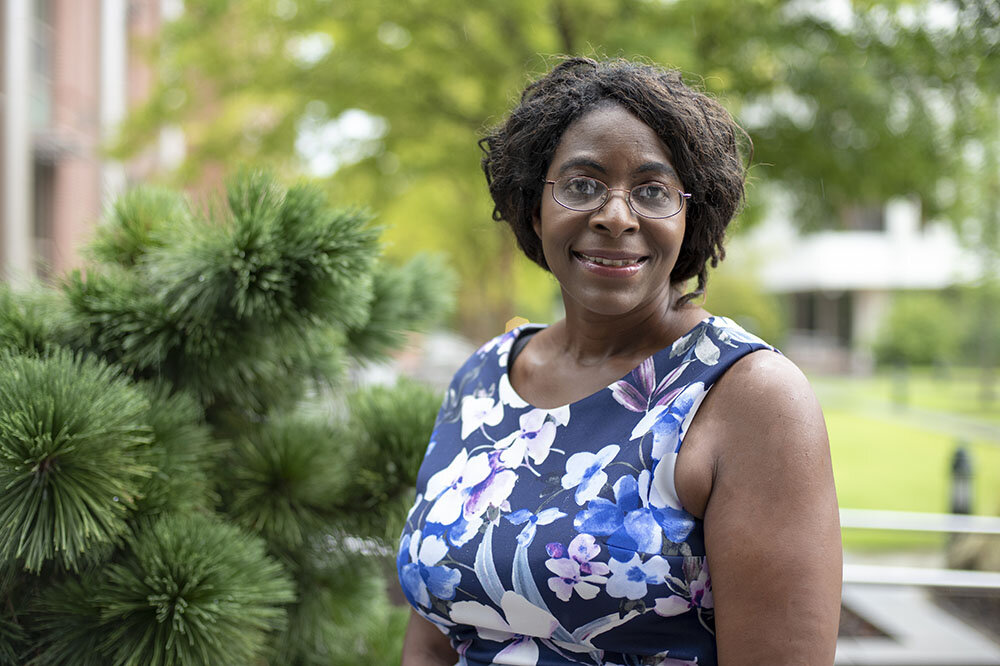 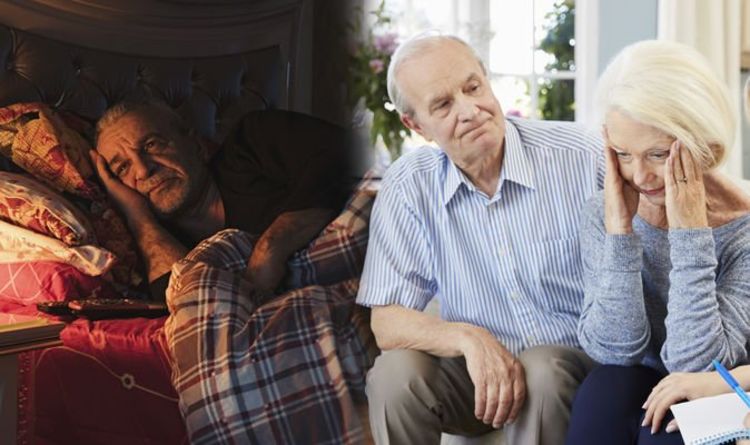 Dementia care: The five warning signs of the disease found in the way you sleep
We and our partners use cookies on this site to improve our service, perform analytics, personalize advertising, measure advertising performance, and remember website preferences.Ok