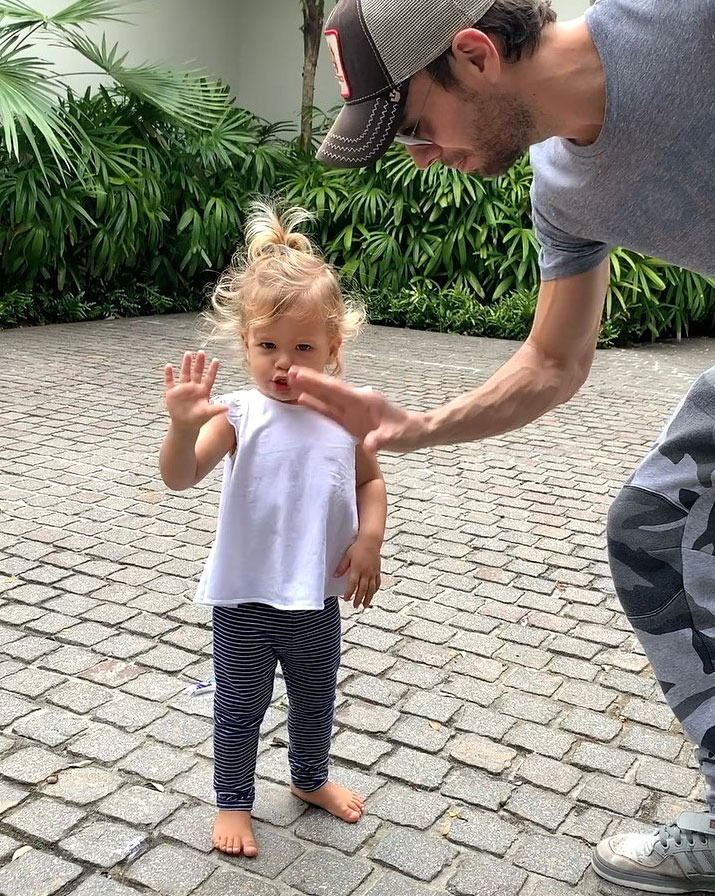 Dancing queen. Enrique Iglesias shared an adorable video of himself dancing with his daughter, Lucy, on Instagram on Tuesday, September 24.

In the video, the “Bailando” singer, 44, and his 21-month-old daughter dance together to the children’s classic song, “The Wheels on the Bus.” The toddler, who Iglesias shares with his longtime girlfriend Anna Kournikova, moves her arms around in a circle mimicking wheels. The singer does the dance move with her before taking a playful step over her head.

Lucy laughs and Kournikova can also be heard singing in the background.

In another clip, the “Hero” singer counts down to three before swinging his daughter around in a circle while Lucy yells with excitement.

Iglesias and the Russian tennis pro have been dating since 2001. They are also the parents to Nicholas, who is the twin brother of Lucy.

The couple keep their private life quiet but have shared special moments with their children on social media.

In June, Iglesias put the spotlight on Nicholas and shared a video of his son wearing a hat and singing on a boat. He captioned the video “#weekendvibes.” The singer posted another video in May, which featured both twins, and showed Iglesias waving his arms around while his children watched through a window. Nicholas and Lucy made another appearance in a video in March that showed the twins pushing their dad in their toy car in their driveway.

“It’s probably more sex now than ever,” Iglesias revealed at the time. “The sex has not diminished.”

He also praised Kournikova for her natural parenting skills.