A sweet distraction! Jana Kramer shared an adorable moment between her and her 2-year-old son, Jace, days after filing for divorce from husband Mike Caussin.

Moms Clap Back at the Parenting Police

“Are you playing with the doggies?” Kramer, 37, can be heard asking her son in an Instagram Story video on Wednesday, April 28, as he tosses a toy at their two pups. 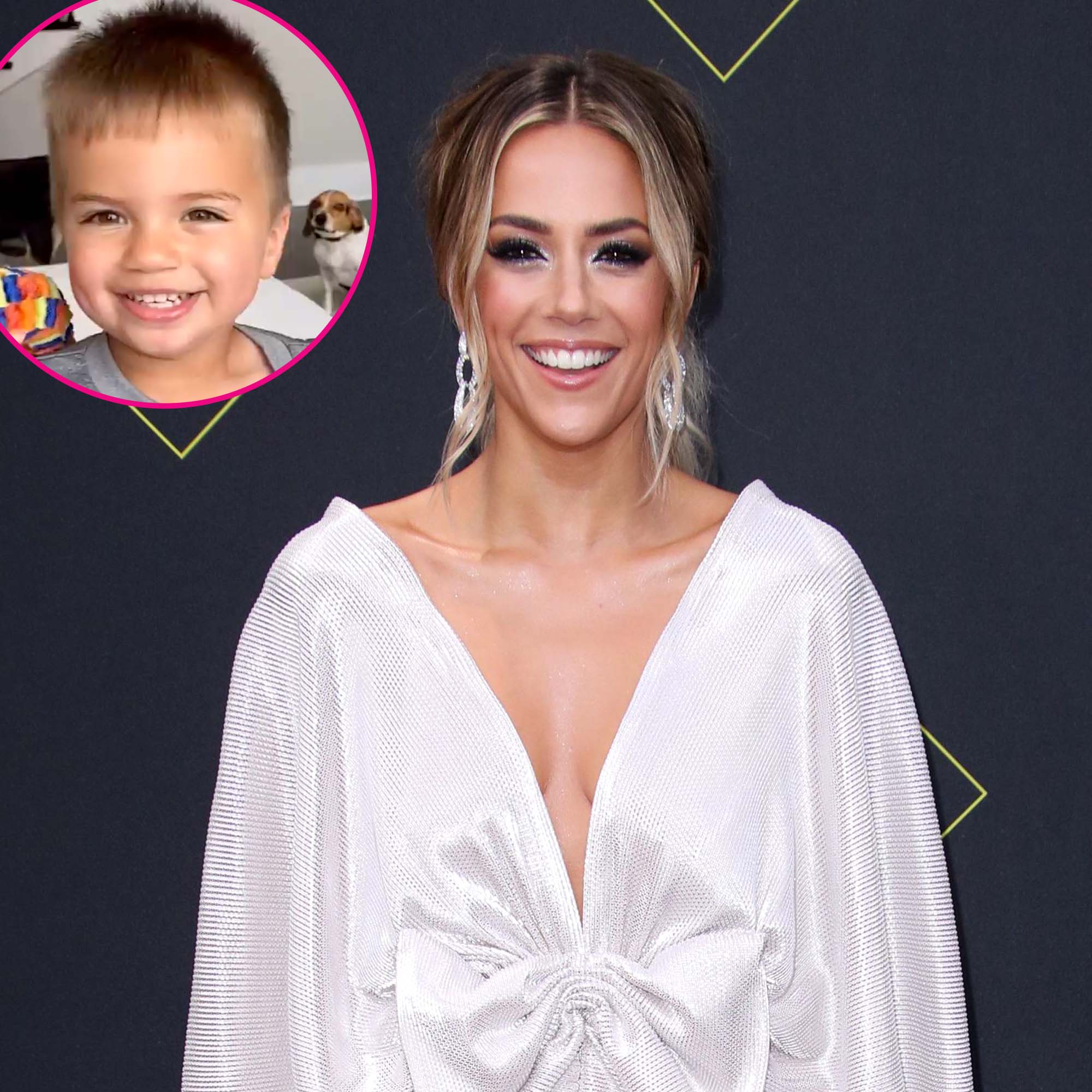 The cute glimpse at the One True Hill alum’s time at home comes after a difficult week for the star.

Us Weekly confirmed on Wednesday, April 21, that the actress filed for divorce from Caussin, 34, after nearly six years of marriage.

Kramer announced the split on Instagram, writing, “I’ve fought y’all. I’ve loved hard. I’ve forgiven. I’ve put the work in. I’ve given everything I have, and now I have nothing else to give.”

The couple tied the knot in 2015 and separated the following year after Us broke the news of the ex-NFL player’s infidelity. The Virginia native sought treatment for sex addiction and the duo renewed their vows in 2017. 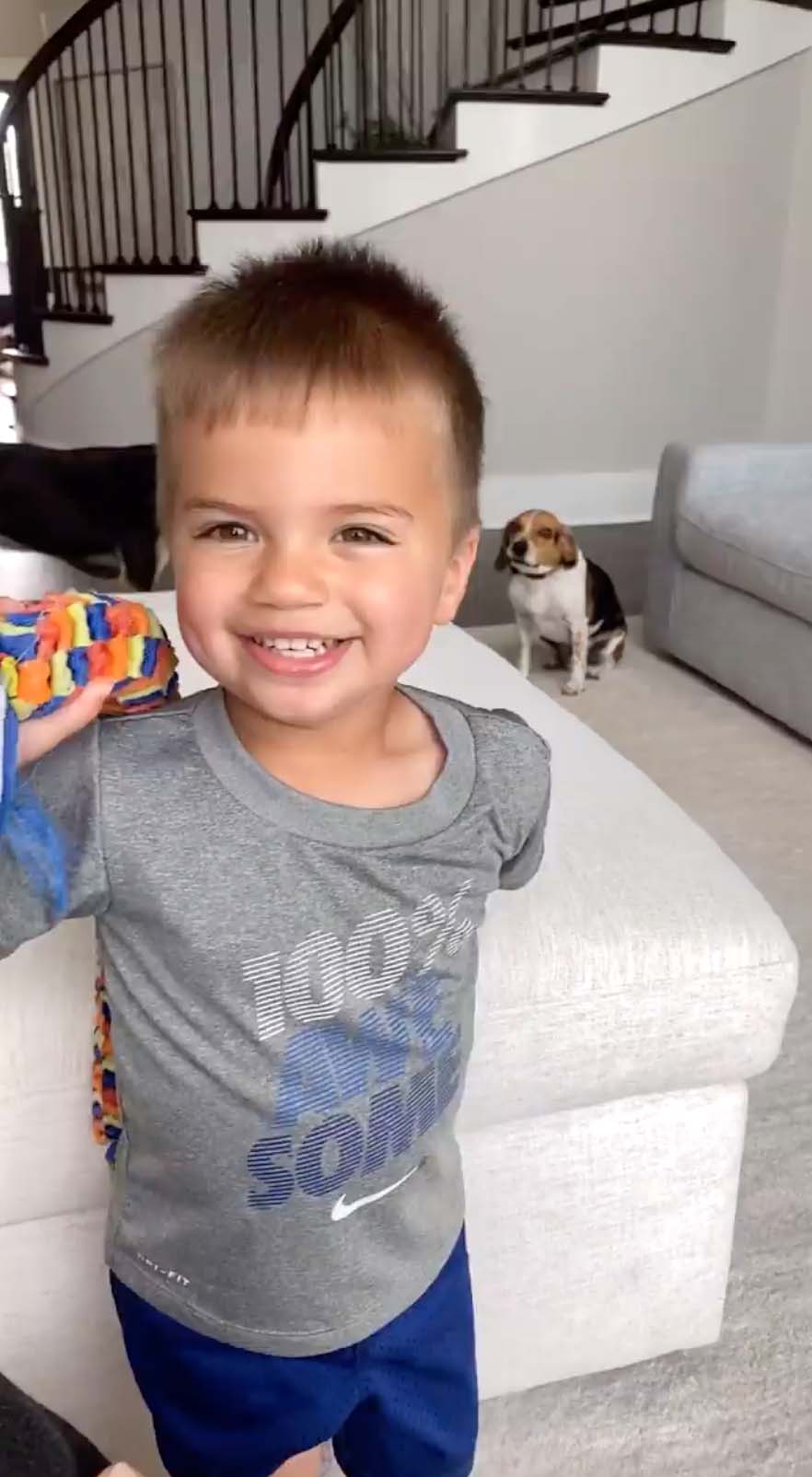 Jana Kramer and Mike Caussin’s Divorce: Everything We Know

Despite the messy split, the Good Fight coauthors are focused on their children, daughter Jolie, 5, and Jace. A source exclusively told Us that they are “figuring things out and trying to be adult.”

In divorce documents obtained by Us on Monday, April 26, it was revealed that the estranged couple had a postnuptial agreement, and that Kramer wants to share custody of their children. In addition to seeking alimony from her estranged husband and asking Caussin to cover her legal fees, the “I Hope It Rains” singer filed for a temporary restraining order against him. The order states that each party is barred from “harassing, threatening, assaulting or abusing the other” and cannot make “disparaging remarks about the other party to or in the presence of” their kids.

Kramer has been receiving a lot of support amid the split. “She’s leaning on her family and friends to get through this painful time, everyone’s been so supportive, and people have been calling to check in on her and ask if there’s anything she needs,” a second source shared with Us. “She’s brokenhearted but she’s strong and she knows she’ll get through this, especially with the wonderful support system she’s got. She will pick up the pieces because she has to — she’s got two kids and they mean the world to her.”

Jana Kramer and Mike Caussin: A Timeline of Their Relationship Highs and Lows

Meanwhile, Caussin is on the same page with the Christmas in Louisiana star about the future of their relationship.

“Mike always regrets what he’s done and feels like a heel, but unfortunately it doesn’t end there,” the first source said, referring to his past infidelities.

Kramer, for her part, “knows she did her best and did everything she could” before ending things for good. “That was very important to her,” the insider added. “She’s definitely holding her ground and saying she’s not going to take him back. She’s done, but emotionally it’s been draining.”